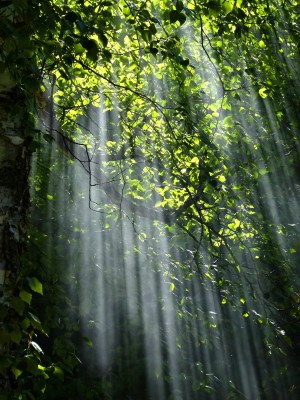 I have always loved St. Paul. Really, what's not to love? Well, that is unless you count his years of persecuting Christians. Still, as horrible as they were, it was precisely his treatment of Christ and His Church that brought Paul to his 'Aha' moment when his blinded eyes (spiritually and physically) were opened and the truth was revealed.

His story is one of the most perfect examples of what Christ's love can do if we convert our lives completely to Him. Paul was greatly feared, and I'll bet that I can safely say that if anyone would have ever been forewarned of his conversion to Christianity, "nary a one" would have believed it. But the Lord knew the truth. He KNEW his heart.

And, in almost fairy-tale fashion involving a horse, a soldier (basically) and a very bright light, the Lord Whom he hated completely won his heart.

What does this show? That I am NEVER too far away from God to come home to Him. That no matter how many times I have chosen other paths leading away from Him, there is always His specific plan waiting for me.

[Tweet "I am NEVER too far away from God to come home to Him."]

In truth, I am called to be that lamp like Paul was. Now, I haven't heard any rumors that I'll be heading off to Corinth any time soon, but that’s not necessary to make a difference. There is more than enough to do right here!

When I was 18, I experienced my own “St. Paul Fairy Tale Moment,” an event that taught me MANY lessons and one that I will always carry with me.

At that time my sister and I worked at a makeup factory during the summer between semesters in college. My first year I was 18 and distressed to see the very poor morale that existed in the factory. Those working with us came from backgrounds with very low income and little hope to move ahead in their lives. Actually, let me rephrase that. They didn't BELIEVE that they could move on and make it better for themselves. The depression at times on the lines was almost like a fog that floated around the floor.

Out of desperation, my sister and I hatched a plan. It was time to try to bring hope to these people of God who often appeared almost as mechanical as the machinery they were working with.

We began by making an effort to get to know individuals and what was going on in their lives. I learned many things that broke my heart as well as gladdened it. There were other employees that were joy-filled as well, but felt squashed by the oppressiveness on the floor, and these beautiful people became lights to us during our long shifts.

As we got to know them, my sister and I started throwing out questions about God to test the waters. To my absolute surprise, there were very few wishy-washy responses. Instead, strong opinions about God were expressed, both for and against. It was amazing! Eventually, shifts began to fly by as we became engrossed in discussions about God, Jesus, Mary and the Saints.

Some of these conversations will be forever engrained in my mind.

Conversions of hearts to God began to occur around cherry-flavored chapstick and highly-scented perfume bottles. It was truly awesome, and I couldn't believe that God was allowing me to be a part of it.

There were, however, those with hardened hearts impossible to crack, at least on a human level. One woman in particular carried around an obvious chip on her shoulder. During our first conversation, it was clear that she did not approve of me. Although I had not yet mentioned faith, she made it clear that she didn't like the change that was coming over the people on the floor.

It seemed that working with joy was a real problem, and because she was one of the leaders, she had the power to inflict her rejection of this joy on all of us. There were times when I deeply struggled with anger regarding her treatment of people, and I had to go to confession to deal with those thoughts. But God was also making it very clear that I had to look past that, love her anyway and see her reality: someone who was deeply suffering.

Then, one day I had to work next to her. Attempting to make small talk, I received nothing but a scowl.

Suddenly, out of the blue, she turned and asked, "How do you do it?"

I looked her completely confused. "I'm sorry…how do I do what?" I responded.

"I don't understand how you and your sister are always happy. Life is not all happy joy-joy. You have been through things too but you always come in joking around," she explained without a hint of resentment.

The look on her face sort of took my breath away. The normal scowl was gone and there was just this expectant look as if she thought I might have some kind of magic words that would make her life better.

INSTANTLY I knew God had ordained this moment. No, I didn't have any magic words, but God did. I took a deep breath and began explaining that my faith was what gave me joy. We talked about how only God can take away the deep pain that this world inflicts upon us.

In the end, we talked for most of the shift. She had many questions, but revealed almost nothing about her personal life, which was quite incredible given the conversation.

That day was a Friday. The following Monday, I returned again to work, received my assignment and scooted over to the line. I had barely reached it when I was engulfed in a huge hug. My eyes were as big as saucers when the hugger let go and I realized that it was her. As I looked at her face, I realized that she was crying. I started to say something but was cut short as she began laughing through the tears. She started explaining that she had not been to church in 20 years, but after our discussion had decided to try it that past weekend.

Her exact words were, "As soon as I entered the church, I knew I was home and that everything would be all right." She said that her life would forever be changed.

Now, I am not a crier, but I shed some tears. I just couldn't believe that God would let me witness such a conversion. And, honestly, it changed my life.

There are Sauls of Tarsus all around us. Many of them are just waiting for that seed to be planted and we may never see conversion occur here on this earth. But we must plant the seed and trust in God.

It could be that the Lord Himself will present that moment of conversion, but it could also be that He is waiting for us to be St. Paul to another Saul. When that moment arrives, what will you do to bring that fairy-tale moment to life?

Christina Nagy is a freelance writer and blogger at www.catholicconundrum.com. She is also the creator of the Catholic Conundrum YouTube channel for kids and teens, which offers fun, faithfully Catholic content. She endeavors to bring the joy and beauty of the Catholic faith to others by sharing her experience in caring for her domestic church of 6, homeschooling, caregiving, ministry and business, and hopes to inspire others to pursue their God-given potential on their path to holiness.