For the Love of a God I Hated, I Remain Catholic 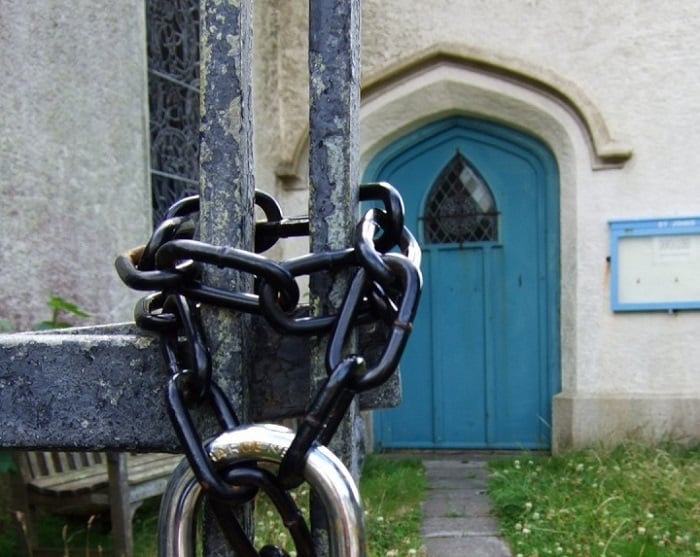 These days, being asked why remain Catholic is more a challenge than a question. Friends and peers have responded with personal stories of commitment rooted in the theology and beauty of our Church. Their speed of thought and brilliance in writing is astounding! I’m a bit slower, and struggled in prayer to find words to fit the depth of my love for all our Church offers. My story for why I remain Catholic began with rage.

At ten I stormed through a darkened church, past the communion rail and, standing in the sanctuary, yelled at the crucifix “I hate you!” Four years later, lost and hopeless, I became an emancipated child.

My only remaining connection with the Catholic Church was my maternal grandmother. Because of my love for her, I did whatever she asked. As a teenager, that included accompanying her to Mass. I would often stop at the narthex’s massive doors and glare at the crucifix as Grandmother dipped calloused fingers into the holy water font.

“I’m not here for you,” was the snark I offered the Trinity. “I’m here for her.”

Standing up straight, I would proudly walk the length of the nave beside my grandmother to a pew near the front—she was under five feet tall—and sing with her from a shared cardboard hymnal. I still have that sheet, yellowed and permanently imbued with incense.

My wedding was to be a Catholic affair; the family matriarchs would have nothing less. I wanted a garden wedding with a crown of flowers and veil of ribbons, a small reception with tea and cake. At age eighteen, with fourteen attendants, a priest-cousin flown in, hundreds of strangers filling the church, and several thousand dollars later, the wedding was had. It was a beautiful ceremony but not what I wanted—in a Catholic church.

The marriage ended three years later when my husband ran off with my brother’s wife.

Overly social and profoundly isolated, I found nothing to fill the massive gaping wounds to my heart. There was no family, no spouse, no children. I continued my solitary rage at God—a gnat flinging spit—and planned for a doctorate, financial independence, to be a feminist in full control. Then one day it all stopped. My rage, and my desires and drive to continue stopped, never, I intended, to begin again. I fully disconnected from the life I had constructed.

Somewhere from the recesses of a mind gone insane were the words of a catechism nun—and I believed what she taught—that my eternity would be much worse than my miserable life. And I hated God for leaving me without an option, hated His plan of free will, knew that, as a good parent will want to do, He’d tough-loved me until I turned around.

[Tweet "As a good parent will want to do, God tough-loved me until I turned around."]

I did the only thing I knew to do and went to a Catholic church. I couldn’t bring myself to touch the holy water and don’t recall genuflecting or from where the rosary in my hand had come. I was on my knees in a pew, silent, angry, hurt, adrift and hopeless. Tears ran down the back of the pew in front of me. For an hour or more, without words, I emptied myself.

In that time, alone in the dark with only the glow from the dimly lit crucifix, I asked and owned the phrase from John’s Gospel. “Lord, to whom shall [I] go?” And in asking realized how personal hate can be; I could not hate something that didn’t exist.

The conflict since childhood had always been between the brutality of men and the joy of nature, both God’s creation. Nature was the only place where I consistently found peace, where my longing to be loved—by whom I hated—escaped my control. When I experienced the beauty of mountains, wilderness, gardens, and oceans my soul would soar. Now my soul soars in that same way—in a way that I now find in Adoration, with Jesus.

The intimacy with which I had hated God, has in time as intensely become love. And it has taken time—as water unto rock to wear away the edges.

My coming home to the Catholic Church has been incremental. With guidance, I began to grasp the beauty of our signs and symbols, the freeing nature of our catechism, the liberation of surrendering to God. And all in all, I found in our Church the lessons of fortitude in forgiveness and with that an intimacy with God beyond human expression.

Why do I remain a Catholic? When you find true love, when you find a truth and a joy ever present and easily held, there is a greater insanity in turning away.

Question: Whether you were born into a Catholic family, converted as a child/adult, or reverted after many years away, ask yourself why you remain Catholic. What is it about our Church that, even in all its failings and current persecutions, holds your devotion?