The Flesh: Reflection for the 13th Sunday in Ordinary Time 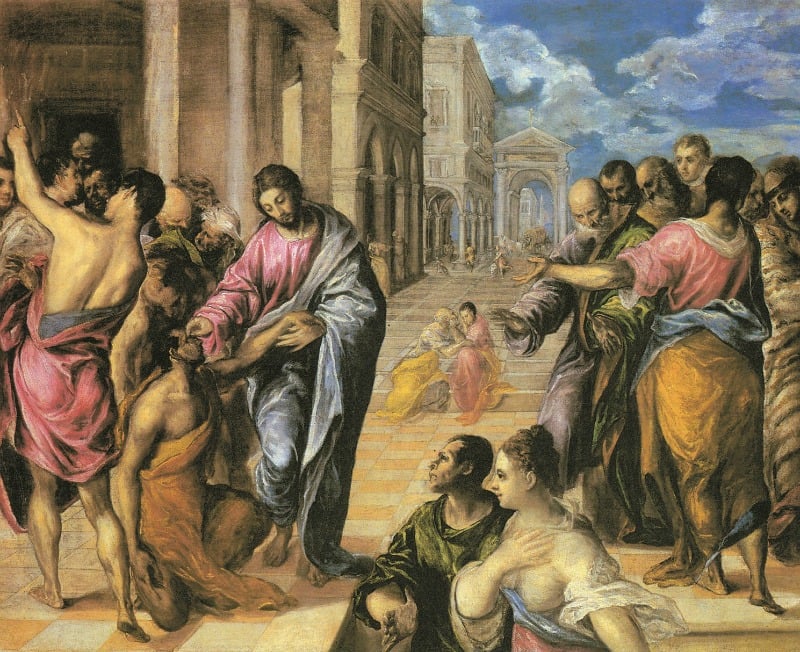 Spirituality is really about the soul and the things of the soul. The body and its needs do not matter. In fact, the body is the soul’s prison. Salvation is really the liberation of the soul from the dead weight of the body. So in this life, physical desires are to be resisted, even extinguished, if possible. That’s what Catholic spirituality is all about, right?

Not quite. That sort of spirituality has been promoted over the centuries by a number of different movements, Gnostic, Manichaean, Albigensian, who all have one thing in common–they’ve been condemned by the Catholic Church as dangerous heresies. In contrast to these heresies, the Catholic Church follows Genesis 1 when it insists that the material world and the human body are masterpieces of God’s loving creativity.  The body is not a machine that the soul can trade in for another when it wears out. In fact, that is why re-incarnation can’t be right. No, the body is integral to who we are. We are enfleshed spirits. Jesus did not come to “save souls” but to save human beings. He fed the bodies of the hungry and healed the bodies of the sick even as he forgave their sins and taught them sublime spiritual truths. In fact we believe not just in the immortality of the soul but in the resurrection of the body.

So the desires of the body--for food, drink, sleep, and sexual union--are fundamentally good, not bad. One of St. John Paul II’s first tasks after being elected as Supreme teacher of the Catholic Church was to elaborate his “theology of the body.”

So what does St. Paul mean in Galatians when he says that the spirit and the flesh are directly opposed (Gal. 5:13-18)?

Good question. When Paul is condemning “the flesh,” he is not talking about the human body, created by God. Rather, he is using “flesh” as a code word for the distortion that original sin introduced into human nature. “The flesh” twists and misdirects natural desires so as to make them destructive and degrading. Lust is a good example. It is not another name for sexual desire. It is what “the flesh” does to sexual desire, making it an instrument of self-gratification and exploitation, rather than committed love and the miracle of new life, as intended by God. Pride is not the drive for greatness and excellence. Such drive naturally arises from our being made in the image and likeness of God. No pride is what “the flesh” does to this natural drive, causing it to refuse submission to legitimate authority, even God, exalting itself at the expense of others and seeking to dominate and belittle others.

Before the coming of the Spirit, the flesh tyrannized human beings from within. The Law of Moses, aka the Ten Commandments, tell us that we should not act on these distorted desires. But our willpower is too weak on its own to win battle after battle. Left to willpower alone, we are bound to lose, and lose big! Even David, the greatest of Israel’s kings, yielded to lust and then tried to cover up his adultery with murder.

[Tweet "The Holy Spirit begins the healing of our wounded human nature from within."]

God’s solution is radical. When we are joined to Jesus through faith and baptism, we are filled with the Holy Spirit. The Spirit begins the healing of our wounded human nature from within with the goal of transforming every aspect of our lives.  The word “virtue,” in fact, means power or strength, and the Spirit brings with him “virtues” that empower us to triumph in our struggle against “the flesh.” Yes, “the flesh” is still there, even after we are justified through faith in Christ and cleansed in the sacrament of baptism. But its back is broken. It no longer can tyrannize us . . . unless we choose to let it. We now have the freedom and power to ignore its tugs towards sin, which should become weaker and weaker as we grow in holiness. Chastity is the virtue, given by the Spirit, which empowers us to sanctify sexual desire by making it an instrument of love and life. Humility is the virtue that enables the drive for greatness to respect the sovereignty of God and the dignity of fellow-human beings.

So the Christian life is not about being a slave to outward rules and to repressing natural human desires. It is about inner empowerment to become truly great, truly human, and truly free.