The Thing(s) About Your Firstborn 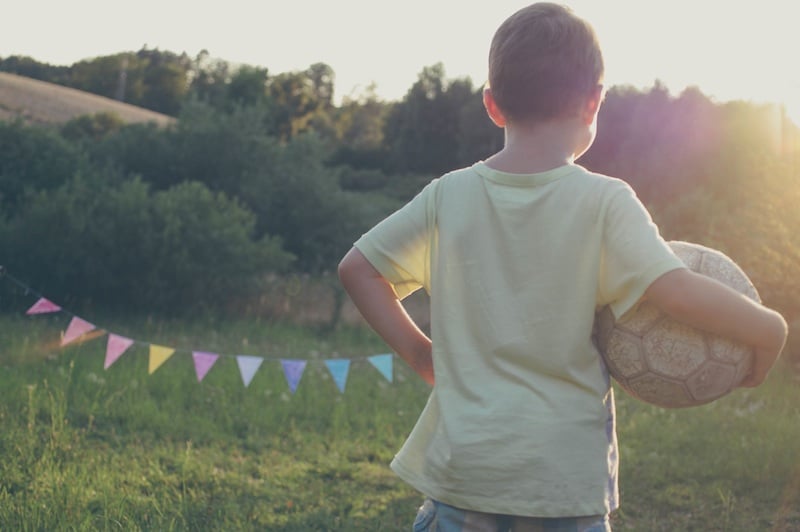 So I warned everyone I know that this was coming. This. 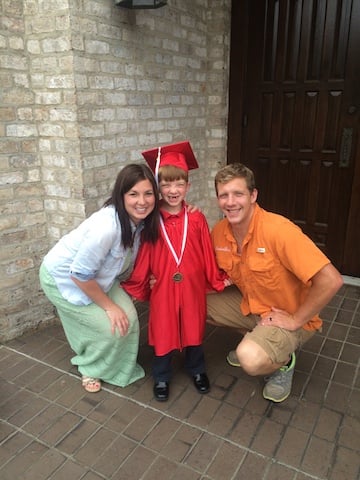 All of my feelings about this.

To the person whose idea it was to have my six-year-old graduate kindergarten in a cap and gown: my post-partum hormones do not thank you. We were one step away from my husband discovering me blaring Cats in the Cradle, sobbing in the fetal position, and never leaving my bedroom again. But instead, I’ve decided to write this article.

The Thing About Your Firstborn is that you probably spend 99.9% of your motherhood worrying about him while your other kids are happily consuming dirt and Red 40.

Seriously. Ask my husband. I worry about this kid—in a different way than my other kids. I fantasize about having the DeLorean from Back to the Future to take me to the actual future so that I can visit my adult son and find out if or how much therapy he ended up requiring.

Because the thing about your firstborn is that everything you do is just thrown to the wall in hopes that something sticks. If I listed for you the many different philosophies and systems and charts and bedtime routines and prayer habits and recipes I’ve tried to implement in just this short six years you would get really bored and stop now.

But how could it be anything different? How could anyone raising a first baby know anything about what the heck they are really doing?

All of these firsts. All of these decisions and longings and questions staring you in the face for the very first time.

For me, I think the driving question under it all is this: how am I doing? That’s what I would really want to ask my adult son if I could visit him in the future and we could peer back on a scene of him at six years old on a regular day in my house. How am I doing as your mom?

The thing about your firstborn is that he’s the kid that ushers you into this identity that is altogether new and also all at once such a foundational piece of the fabric of who you are.

[Tweet "The thing about your firstborn is it’s kind of a 'fake it til ya make it' few years. @kellypease"]

The thing about your firstborn is it’s kind of a “fake it til ya make it” few years. It feels like a big experiment that you have to monitor every day, every hour, every second so as to check its progress.

The thing about your firstborn is that you fall hard when you realize there is no precise measurement or combination of formulas to result in your desired outcome.

You can determine to never make the mistakes your parents made, only to realize that you are making a whole set of mistakes that is all your own. That’s all you, baby.

And I know those mistakes. I know the mistakes that you can now look back on and laugh at. And I know the ones that keep you up at night…wondering if you’ve caused irreparable damage—that really stupid decision you made, the tension in your marriage, that year you spent angry and resentful…

We’ve all been there. But I hope that there leads you to someplace else.

I hope it leads you to God's mercy because the truest thing about your firstborn is that raising him is a deeper experience of God’s mercy than you have ever known before. Because even though you planned on knocking this parenting thing out of the park…you quickly realized that as fast as it’s going, there are a LOT of days in between, a LOT of time to make mistakes, a LOT of nights that end in tears and prayers and resolutions to do better tomorrow and a very little chance that you will get it all right. For all of that, there is only God’s mercy.

Parenting a firstborn or a tenth-born is really the same for us all: you give the most generous offering of yourself that you can out of your own little combobulation of strength and weakness and you leave the rest to God’s mercy; that covering that mends all breaches, and banishes all regret, and continually invites us in to rest.

It’s less about how well you can follow the rules of a perfect parenthood and more about how deeply you can drink from the well that is God’s mercy in all the times that you'll fail—the well that is waiting there, cool and refreshing, for any and all who have ever attempted to do this job.

I heard Jen Fulwiler (I love her show on the Catholic Channel on Siruis XM) talk about this term Pope Francis uses: misericordiando, describing it as an activity of the divine, or something that God does to you; mercy as a verb.

The thing about your first is that to have a kid wake up every morning and want you—want to sit with you and hug you, talk to you, and be with you—in spite of you. In spite of all the times you’ve already lost your temper and all your terrible Pinterest fails and all your brokenness and all the ways you fall short—to be continually wanted, treasured, and longed for like that—it’s just a shadow of the wanting that God feels for you. It’s an experience of being mercied by God.

If you allow it to be.

And how do you allow it to be the experience of God’s mercy that it is meant to be? Enter into it. Be present to it. In those silent little moments of prayer you'll find standing at the kitchen sink or rocking the baby in the dark. In each time that you run to the confessional or meet your Lord in the Eucharist regardless of the fact that your kids are fighting to be first in line and your toddler is sprinting towards the altar.

The thing about your firstborn is that you are helping him to find a foundation that won’t be built on mom’s consistency with the bedtime routine or that non-GMO diet, but on the very mercy of God.

But, first you have to find it for yourself.

I can't think of better words to say to mothers everywhere, to the whole deeply-longing, highly-imperfect, but perfection-obsessed, Pinterest-crazed lot of us; the beautiful little garden of women I know and see in my mind, living vocation and striving to do well, but so often guilt-ridden and oh-so-scrupulous: come to the Lord. Let yourselves be mercied!