Matthew Chapter 13:1-9  On that day, Jesus went out of the house and sat down by the sea. Such large crowds gathered around him that he got into a boat and sat down, and the whole crowd stood along the shore. And he spoke to them at length in parables, saying: “A sower went out to sow. And as he sowed, some seed fell on the path, and birds came and ate it up. Some fell on rocky ground, where it had little soil. It sprang up at once because the soil was not deep, and when the sun rose it was scorched, and it withered for lack of roots. Some seed fell among thorns, and the thorns grew up and choked it. But some seed fell on rich soil, and produced fruit, a hundred or sixty or thirtyfold. Whoever has ears ought to hear.”

I used to listen to this story and think that it was about evangelizing the people around me, at work, or at the gym, or the grocery store.

It really wasn't until my children were mostly grown that it occurred to me that Jesus was talking about passing the faith on to my kids!

I don't know why I never considered that angle before! I certainly had a good example in my own mom! She was a diligent sower of the faith! She taught the faith to us just by the way she lived her life - faithful until the very end. When I was very little, I remember the delight I felt in hearing stories of Jesus and Mary and the saints and angels. I loved and believed it all, and consequently my little stem of faith grew enthusiastically tall! But the faith of a little child has short roots, even if they are growing in rich soil. The scorn of peer pressure and the need to be cool, easily parched my ardor and stunted my growth in faith.

[Tweet "The faith of a little child has short roots, even if they are growing in rich soil, @eljazz notes."]

I know some of the things Mom told me as a tween and teen definitely fell on the path of closed ears. During the post-slumber stupor of breakfast, or the exhausting minutes after dinner (somewhere between homework and bed time) I paid little attention. I also know that some of what she said got choked out by the thorns of peers and even apostate teachers.

Yet as my life went on and I faced adult challenges and hurdles, I discovered seeds of faith had indeed been buried deep within me. They just needed some tending on my part to grow up. 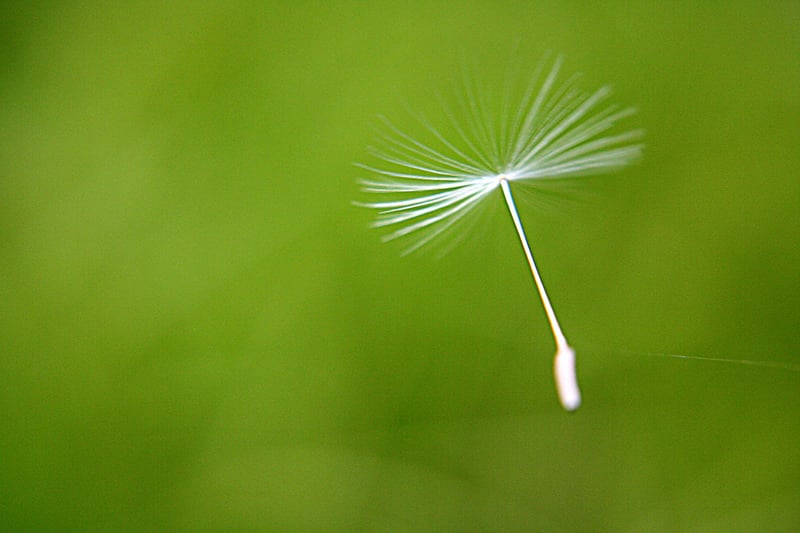 Interestingly, Jesus never says that the sower got frustrated, upset, or annoyed. The sower never pulled up everything because the crop didn't turn out perfectly. Nor does Jesus say that the sower spent an extraordinary amount of time watering and weeding. He simply did his job, sowed the seed, and watched for the harvest.

Sometimes as a mom, that's hard to do.  I want to sprinkle my older children with the advice and admonitions. Or what I really want to do is get in there and pull up the weeds of doubt and temptation that I consider harmful. That works better when they're little - not so much for teens and young adults. And frankly after a while it's not my garden to tend any more - it's theirs.

Yet as time goes by, I see signs that some seeds were indeed sown deep into the souls of my children. I have seen one of my children go to confession without being asked. I've found an open bible laying around the house that I didn't leave. Even discussions with their friends have brought them running into the house shouting, "Mom! Where's the catechism?" I have seen signs of budding apologetics on my kids' social media accounts too - something that still astounds me.

Jesus ended his parable with "those who have ears ought to hear!" As moms, sowing the seeds of our Catholic faith, I think this is the best advice. We have to do our jobs and actually sow the seeds of faith, and then watchfully wait and listen for signs of new growth in our adult kids. Maybe that's the time to start nurturing the little unsprouted seeds still deep within us. Couldn't hurt!