Listen Lord, your servant is speaking!

My life never really went along as planned. When I was a young, unbaptized woman, I wasn’t sure I wanted to get married and I certainly wasn’t going to have children!

After my conversion to the Catholic faith, I got married and we had three children. I was a stay-at-home mom for 25 years when I decided it was time to return to work. I got a job in retail during the Christmas holiday (which nearly killed my Christmas spirit!).

After that I went to work for a grocery chain. After several years of doing maintenance, bagging groceries and cashiering, I was promoted to a desk job. Since it was a part-time gig, I thought I would do that long after my retirement age.  I finally felt accomplished.

Unfortunately I found myself increasingly frustrated in my new position. Mondays were the worst. My stomach churned every Monday morning. My plan was not working out. I was venting to my husband at home and his clear-headed suggestions just didn’t seem to give me any clarity. The last two weeks were hell. I quit.

I don't have any job prospects and don't know what I want to do. The last two weeks before quitting my job, I was getting bits and pieces of scripture in my head or even popping up on the internet. One was “Speak, for your servant is listening.” - 1 Samuel 3:10. Well, not exactly. What I was hearing in my head was, “Listen Lord, your servant is speaking!” I wanted God to hear my cries of confusion and help. I was praying for another situation entirely, and I was getting small answers to that ongoing prayer, but deep inside, I was screaming for myself.

[Tweet "As I prayed for someone else, deep inside I was screaming for myself. by @CatholicReally"] 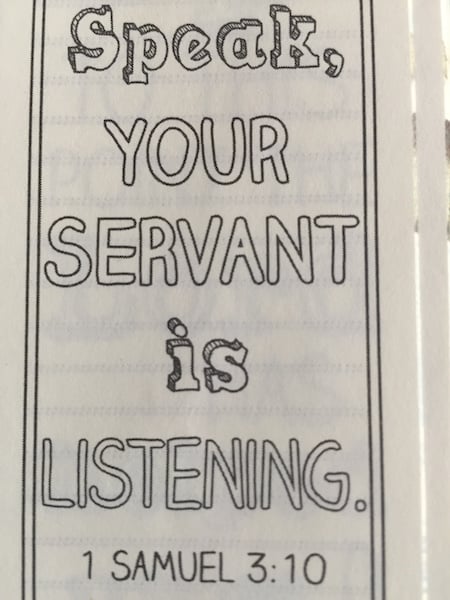 Picture, taken by Pam Spano, from Inspire, The Bible for Creative Journaling

I came across another piece of scripture that seemed entirely random at first, but stopped me for several minutes in disbelief. "Give ear and hear my voice!" - Isaiah 28:23. I started to cry. I had never experienced scripture in this way before.

What should I do now? The first thing I thought of was, “I want to go to daily Mass.” I looked up a couple of nearby parishes and picked one that I could walk to. I walked to and from work every day and I wanted to keep up that routine. I smiled when I realized that the church I had in mind was almost exactly the same distance as my commute to work.

I’ll still have time on my hands after all that, so I’m going to enjoy my time off. I’m going to be a tourist in my own city. I’m going to ride my bike, take even longer walks, read, spend time with my husband, children and friends, go to concerts and restaurants. Oh, and clean out a closet and donate some stuff to charity.

The last scripture came to me while writing this article: For I know well the plans I have in mind for you - oracle of the Lord - plans for your welfare and not for woe, so as to give you a future of hope. - Jeremiah 29:11.

God was not quite finished speaking with me yet.  While attending daily Mass one morning, I opened up my Magnificat to the day's readings. Just before the first reading was this line:

"I have heard your prayer and seen your tears."

I literally "giggle snorted" and thought to myself, "Next time, if I don't think He hears me, He just may throw a brick."

When and how has scripture spoken to you during a decision-making process? 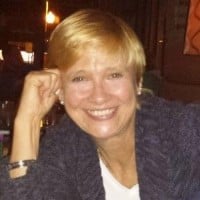 Pam Spano converted to the Catholic faith as an adult over 30 years ago. Her conversion story started when she sarcastically said to her Catholic boyfriend at the time, "I suppose if we were to get married, you would want me to convert." He thought for a moment and said, "Well, I am worried about your soul." And so the journey began ...