I Was Blind But Now I See #TOBTalk 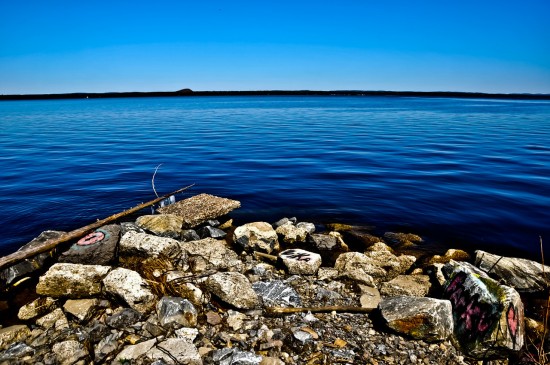 When I was eight years old, I had no idea that what my eyes were seeing was, in actuality, a huge blur. Even my parents didn’t realize that I needed glasses. Because my eyesight had gotten worse so gradually, no one knew that I could not see well until the religious sisters at school sent a note home to my parents indicating that I should have my eyes checked.

There were hints, of course, that neither my parents nor myself noticed. I used to watch TV basically within an inch or so of the TV. When I read, the book was on top of my face. However, according to my mom, she never noticed me squinting. Again, I thought what I was seeing was normal and didn’t realize I couldn’t see clearly.

My mother eventually took me to an optometrist in downtown Philly to have my eyes tested, then we ordered glasses. I could not suspect how much my life would change with that small pair of (ugly) glasses. When we returned to Philly to pick them up, the elderly optometrist put me on a booster seat in the chair, took out the glasses and put them on my face. My eyes widened and my mouth fell open. I gasped. I could see every detail and every letter of every word in that office. I could see across the street. I remember the wide smile the optometrist had on his face as I was pointing out everything I could see.

On our way home, I kept pointing to everything. “Look, Mommy, I can see the Horn and Hardart’s sign! I can see that store says “Lit Brothers! I can see that pretty dress in the window over there!” Colors were brighter; it even seemed like I could hear better now that I could see so clearly. I was still in awe that night when I could watch Rowan and Martin’s Laugh In from 20 feet away and still see everything clearly. To me, it was nothing short of a miracle.

In the years following, although I went to Catholic school, my family had begun to fall away from the regular practice of going to Mass and I began learning my morals from television.

Fast-forward to 1979. I had visited my pen-pal in Canada and met my husband through her brother at a rock band jam session. We fell in “like at first sight” and began a long-distance relationship with me in NJ and him in Canada. However, when we were together, things usually got pretty intense, given that we rarely saw each other. I wanted to enter into a sexual relationship, but thankfully James had a pretty strong Catholic grounding so he kept us from going farther than we should. Three years later, when we were engaged and about to be married, it was James (age 19) who insisted that we use Natural Family Planning (NFP) and not artificial birth control. I saw no moral reason why we shouldn’t use artificial birth control, but he remained adamant. “I would rather have sex once a month without birth control than use birth control and have sex every day.” I remember thinking, “What planet is he from?”

However, as we communicated through letters (back in the early '80s there was no free long distance, no texts, no SnapChat, no Facebook, no Instant Messaging, no Skype, no Facetime, no Instagram or any other instant communication), I realized this was no ordinary young man. The advantage of writing with snail mail letters is that we were able to take time and reflect on what we wanted to say. It became obvious that contraception was something that James was not willing to budge on. When he said, “Ellie, trust me and trust God,” I said say yes and agreed to go to an NFP class with him. I learned that NFP works in this way: a couple charts the woman’s signs of fertility and infertility. If they are avoiding pregnancy, they abstain from relations when the woman is fertile.

One thing we both agreed on and that was that we should wait for a few years to have children since James was only in his first year of college. A few days before our wedding, we realized that I would be right in the middle of the fertile time, which meant that our consummation would have to wait until a week or so after the wedding. After waiting three years, I was resentful. I went along with NFP, but was not happy about it. NFP seemed like a burden, not a gift.

A few months into our marriage on an evening that would be the beginning of Phase III (the infertile time), we had a romantic dinner and a beautiful evening of intimacy after a period of abstinence. All of a sudden, as I was lying in bed later that night, I realized that James and I were truly one, physically and spiritually, with nothing separating us: no pills, devices, no chemicals, no surgeries. With each act of marital intimacy, I felt as if we were renewing our marriage vows with our bodies.

That evening (and many others to follow) truly felt like another honeymoon night. Until that moment, I went along with NFP to please James. I wasn’t enthusiastic about abstaining. But when that light bulb moment hit, I realized what a beautiful gift NFP is, despite its challenges. Not only that, but I realized what a great gift it was to us that we had not had intercourse until marriage. “I was blind, but now I see.” NFP became glasses for my soul, and the reasons for NFP became much clearer to me.

[Tweet "NFP became glasses for my soul + a miracle for our marriage, observes @EllenGable #TOBtalk #NFP"]

From then on, I became a big promoter of chastity before marriage and a loud and enthusiastic proponent of NFP. In the grocery store, dentist’s office, anywhere that someone would listen, I would tell people about NFP, just like the time I got my new glasses: “Look, NFP has no side effects!” “Look, NFP means a couple can be truly one when they are making love!” “Look, NFP doesn’t harm fertility!” “Wow, NFP is 99% effective when a couple has serious reasons to avoid pregnancy and can even be used to achieve a much-wanted pregnancy!”

For me, without NFP, our marital union would have existed in a blur. With NFP, our marital union is clearer and more meaningful. NFP truly is like a pair of glasses for the soul. For me, NFP has been nothing short of a miracle for our marriage. Does it mean there have never been problems or that I’ve never resented the abstinence? Of course not.  But NFP truly is a marriage builder, one that I can honestly say has been the main reason that the romance, intimacy and closeness has remained even after 34 years of marriage. 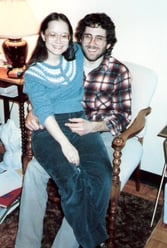 For more information on NFP: