Critically acclaimed "The Innocents" to be released on DVD Sept. 27 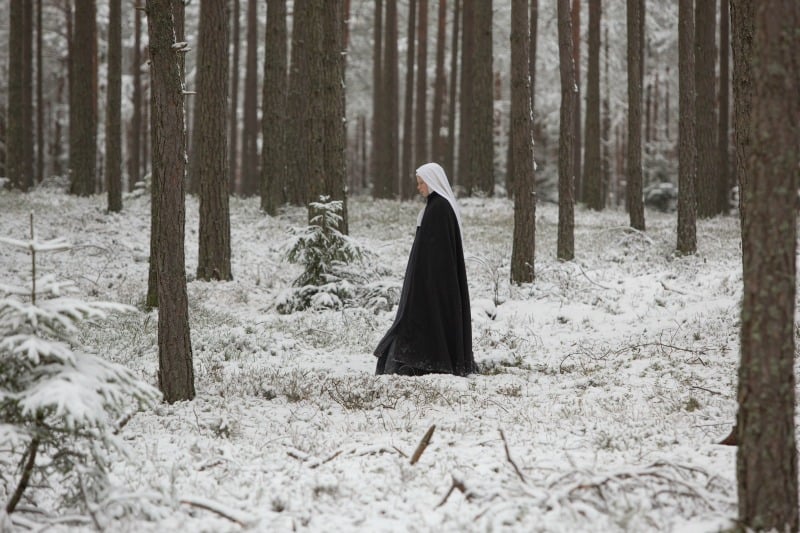 "The Innocents." Courtesy of Music Box Films. Used with permission. All rights reserved.

THE INNOCENTS, director Anne Fontaine’s haunting and ultimately life-affirming post-World War II drama about a young French Red Cross doctor who comes to the aid of a group of traumatized young Polish nuns whose lives and faith have been dangerously tested, will be released on DVD, Blu-ray and VOD on Tuesday, Sept. 27, 2016.

THE INNOCENTS is based on the true story of heroic French doctor and Resistance fighter Madeleine Pauliac.

“The Innocents is the filmmaking art at its best — exceptional in its acting and directing, and made more beautiful and moving by a story rooted in actual events,” says Charles J. Chaput, O.F.M. Cap., archbishop of Philadelphia. “This is a wonderful film; superbly done, powerful in its effect and not easily forgotten.”

Says Justin Chung of Variety: “Powerful and moving! [The Innocents] examines every moral crevice of an unthinkable scenario.”

World War II is finally over, and doctor Mathilde (rising star Lou de Laage) is treating the last of the French survivors of Nazi work camps in Poland. When a panicked Benedictine nun appears at the clinic begging Mathilde to follow her back to the convent, what she finds there is shocking: a holy sister about to give birth and several more in advanced stages of pregnancy. A non-believer, Mathilde enters the sisters’ fiercely private world, dictated by the rituals of their order and the strict Rev. Mother (Agata Kulesza, Ida). Fearing the shame of exposure, the hostility of the occupying Soviet troops and local Polish communists the nuns increasingly turn to Mathilde as they face an unprecedented crisis of faith.

Director Fontaine based her story on the diaries of Madeleine Pauliac that document the little known but, my most independent accounts, widespread sexual violence that occurred throughout Poland and elsewhere on the Eastern Front in the wake of the advancing Soviet Red. Army.

“I was immediately taken with the story” says Fontaine. “I wanted to get as close as possible to what would have been happening within these women.”

Following its strong box office opening in New York and Los Angeles on July 1, THE INNOCENTS expanded to more than 150 engagements throughout the summer, and will make its nationwide debut via DVD, Blu-ray and VOD (iTunes, Amazon Instant, Google Play, YouTube, Vudu) beginning September 27, 2016 (pre-book August 23). The Blu-ray and DVD will be filled with bonus materials, including a “Making of” and an interview with Fontaine.

THE INNOCENTS had its world premiere at the Sundance Film Festival in January, and is among the most critically lauded releases of the year, with a 92 percent rating and “Certified Fresh” on Rotten Tomatoes. The film was a “Critics’ Pick” of The New York Times, the Los Angeles Times and the Village Voice syndicate. 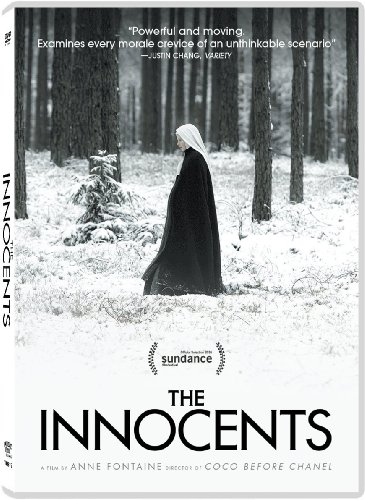 Preorder this DVD through our Amazon affiliate link and support CatholicMom.com with your purchase!

About Music Box Films:
Founded in 2007, Music Box Films is a North American distributor of acclaimed international, American independent and documentary features along with the best in international television. Current and upcoming releases include Anne Fontaine’s acclaimed THE INNOCENTS, the story of a convent in post-WWII Poland traumatized by war crimes; and the Swedish box office smash A MAN CALLED OVE, an adaptation of Fredrik Backman’s international bestselling novel. Music Box Films is independently owned and operated by the Southport Music Box Corporation, which also owns and operates The Music Box Theatre, Chicago’s premiere venue for independent and foreign films. www.MusicBoxFilms.com.