This Sunday, Mother Teresa was canonized and declared a saint by Pope Francis. Her familiar face has been everywhere in Catholic media ever since the announcement was made that a second miracle due to her intercession had been approved. (For more on how the canonization process works, go here.)

Mother Teresa is famous all over the world — to both Catholics and non-Catholics, Christians and atheists, religious people and secularists — for her work with the poorest of the poor in Calcutta. When I was a girl, she was frequently on the news, and I was fascinated by her. By the time I was a teenager, I was certain that she would be declared a saint someday. Few people would disagree with that, and so her canonization comes as no surprise.

, via Wikimedia Commons
What was a surprise, however, was her spiritual life. After she was beatified in 2003, her letters to her spiritual director were compiled into Come Be My Light, and the world learned that she had suffered a dark night of the soul — in which she felt no spiritual consolation when she prayed — almost continuously for the last 40 years of her life. She labored to do God's will for decades when she felt so distant from Him that she told her spiritual director that she felt "nothing but emptiness and darkness." Yet even throughout those years, she continued to trust God and put her faith in Him, reaching out to a hurting and broken world and doing her small tasks with great love.

The phrase "dark night of the soul" is taken from the writings of St. John of the Cross, who described this kind of spiritual dryness. Growing up, I had no idea that there was such a thing. I was blessed throughout childhood with a happy faith that contained many spiritual consolations. I would leave Confession and feel lighter. My soul would sing with joy when I received Holy Communion. I always felt the love of God, and I knew He loved me.

When I was first married, I had a lot of evangelical friends in my circle. I was involved in a business where we had convention weekends and we'd hear lots of Prosperity Gospel talks and encouragement. The idea that faith and high emotions went hand-in-hand was strong, and it rubbed off on me. Of course, I never really knew any different from my own Catholic upbringing. I just figured if you were right with God, you would feel happiness. You would have joy, joy, joy, joy down in your heart.

When I was pregnant with my second daughter and had hyperemesis gravidarum again, I fell into a depression that affected me emotionally and spiritually. I remember distinctly sitting in my hospital bed talking to my father and crying. "Why is God punishing me? What did I do wrong? Where is He?" I sobbed. My poor father couldn't answer except to say that God wasn't angry, and He wasn't gone. I knew that, of course, but I couldn't feel Him any more. All I could feel was a cold darkness inside of me when I tried to pray. Eventually, I begged for prayers for me because I couldn't even find a way to pray for myself any more. I knew God was real. I just thought that He had left me alone, and I didn't understand it.

That was 2001, and it wasn't until about five years later that I even heard of St. John of the Cross and the Dark Night of the Soul. The idea that other people experienced this was a great relief to me, but it wasn't until Mother Teresa's dark night was revealed that I felt that relief so deeply. Mother Teresa was one of the holiest people I've ever witnessed, and the idea that the tiny nun — who seemed so full of joy — was suffering in the same way I did … well! I still remember exactly where I was sitting, even many of the details around me, when I read that on my computer screen. And even now, I have much of the same reaction. I just burst into tears and wept for joy.

Here was a woman whose holiness was questioned by no one in the Church. Her love for God was deep, and her life was lived in sacrifice to God and the people He loved. She preached the gospel message to everyone, everywhere.

And yet she experienced that darkness, the very same darkness I felt when I was pregnant and didn't know where God was. 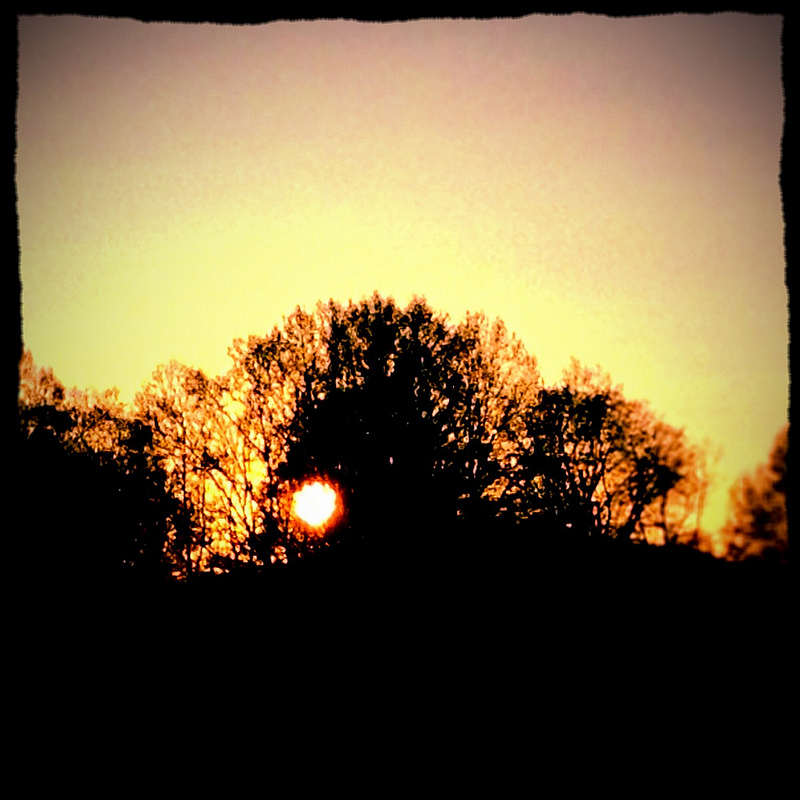 I know that Mother Teresa didn't really want those letters published, but I hope that today she hears my prayers of thanksgiving for her spiritual director's wisdom in ignoring that request. If it weren't for those letters being published, I would never have felt the healing I have received from them. I learned that I hadn't suffered because I was a bad person or because God was angry at me. The reasons for that dark night will become clearer to me as I grow in my spiritual life, but even simply knowing it wasn't because I did something wrong has been an enormous blessing.

I'm certain that I'm not the only person who has found comfort from the knowledge that one of the great saints of the 20th century felt this way. I believe that this will help people grow closer to God, and that Saint Teresa of Calcutta now prays for each person who feels distant from God. Matt Maher recorded a song about the tiny saint and her spiritual struggles, and this Sunday, our choir sang it in honor of Mother Teresa. But I think that it's a song that anyone who has struggled through the dark night — or who is currently struggling through it — can claim as their own.

Mother Teresa, pray for us, and pray for everyone who feels distant from God.