Science: the Study of the Handiwork of God 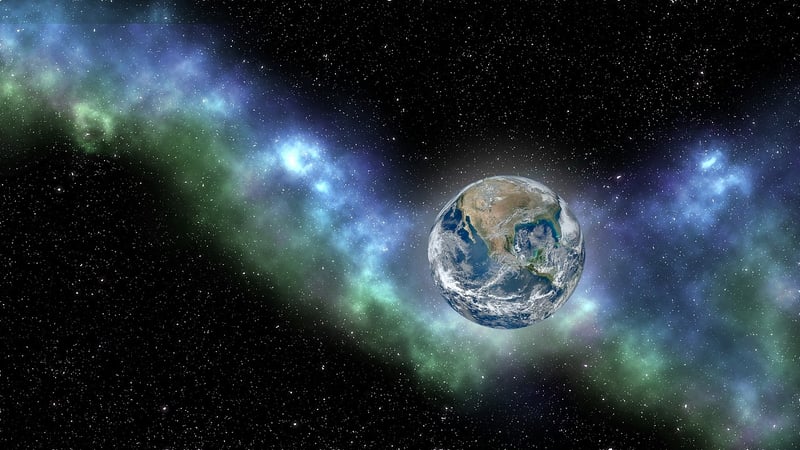 Not long ago, while driving the kids to school -- even before I'd had a sip of morning coffee -- I found myself musing over some pretty big questions.

My thoughts had been prompted by a radio interview, which had gotten me thinking about my reversion back to the Catholic Church. While I'd never really left the Church, as a young adult, I felt it as a possibility. I wasn't convinced Catholicism had all my best interests in mind.

More than anything, my wandering and wondering was borne from a desire to grab hold of something certain. It's not an uncommon desire, to be sure, and perhaps the reason so many thoughtful Christians are struggling so mightily right now. Where is the steady, solid thing that we can know for sure?

We find it, of course, in the one who brought us into being, the alpha and omega. With absolute assurance, we can count on God, and praise the Lord for that. But if you don't mind, I'd like to share a little more of that radio interview from EWTN's The SonRise Morning Show that started sparks flying through my brain.

[Tweet "From @RoxaneBSalonen, a story of #faith through #science, the handiwork of God."]

It featured the author of a new book, Particles of Faith: A Catholic Guide to Navigating Science. Stacy Trasancos, a scientist, teacher, and convert, was led to faith by science.

Her relent to faith, she explained, happened after asking the questions all scientists do: "Why does this happen, why does that happen?" A scientist is driven on an inexhaustible search to get at how this world has been put together, but at some point, the frightening reality of what might be behind it all looms large and unavoidable.

Trasancos said it can be utterly terrifying to confront the engulfing immensity of this question. Ultimately, she felt she had to turn her back on it for a time. It wasn't until faith entered the picture that she could finally face the question without dread.

Her conclusion led her to redefine her very study of focus: "Science is the study of the handiwork of God," she determined. Science wasn't something she had to leave behind because of her newfound faith. In fact, now put in its proper place, science began to make more sense and invigorate her all the more.

Now, she said, she brings this reality into the classroom. Hearing that "science is the study of the handiwork of God," her students begin to see what they once viewed as drudgery, such as learning the periodic table, as suddenly infinitely interesting. Rather than science being a search into nature, it becomes, in a sense, a gaze upon the Divine's hand in nature.

As I listened, I thought of an atheist friend with whom I conversed for several years, and her fascination for science. I remember feeling that she thought she had some kind of natural ownership over science; that it was the domain for unbelievers like her, and I had little right to comment on it. I  grasped at how to articulate my thoughts in light of her beliefs. As she swooned over scientific discoveries, I wished so much she could see the Maker of the objects of her observations and illuminations. I am still hopeful that someday, she will.

For now, I am left with the realization that the more we study and search, the more we confront the remaining uncertainties and questions. And as intently as we look to the world to provide these, the world comes up short, and always will.

Thankfully, we do not have to count on the world to provide the solid thing that we want more than anything to hold us steady. It existed before the world ever did, and will never disappoint, lie, scheme, connive, or lead us astray in any way. We need to keep this precious reality in mind now more than ever.

Q4U: When did you discover the steady thing that could be counted on above all?

St. Gianna’s great gift to the world is coming to America!
Read
My 'Fling' with Planned Parenthood
Read
Discovering the Profound Surprise of Grief in a Glance
Read