Lessons From a Home Classroom 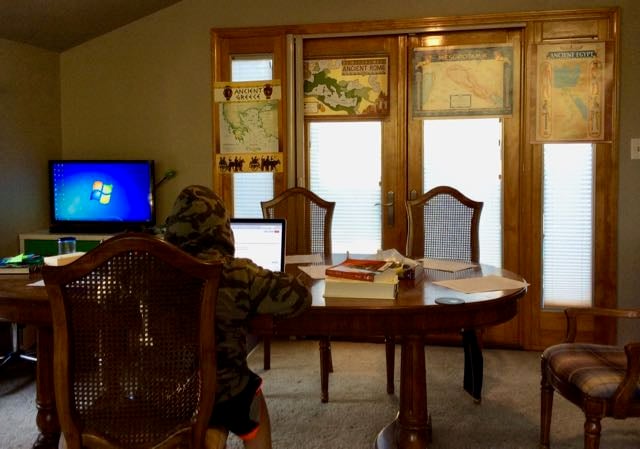 I am not a homeschooling enthusiast. But talk to me a year from now; that may change.

As one of several family members that have taken up the challenge of homeschooling our oldest grandson, I went into the process without any strong feelings. First quarter in, I am starting to warm up to it.

I cover a handful of subjects, focusing mostly on History, Grammar and Writing. Other family members cover PE, Science and Math. My grandson also receives about six or seven hours of traditional classroom instruction from a local charter school that is focused on supporting homeschoolers.

The transition has been difficult for both the student and adults. We are starting off at the sixth-grade level, so there are a lot of standards to be met and a lot of material to cover. Two months into the transition, we are starting to hit our stride.

[Tweet "The first thing I learned as a homeschooler was how little I actually know."]

The first thing I learned as a homeschooler was how little I actually know. For example, I always thought I had a decent grasp of grammar. In spite of the hundreds of sentences I diagrammed over the years in elementary school, I found that fifty years on, I know much of it intuitively, but  I am hard pressed to explain it to others.

Working with my grandson on these exercises has forced me to deepen my understanding of English grammar, better understand how the parts of speech function and more fully appreciate how our language works.

Concurrently, we are studying the ancient world in his history class. This is exciting for a couple of reasons. One, this is an period of history that I had little exposure to during my school years; the other is that the lessons complement what we have been discussing in our Bible study group for the last few months, the Book of Jeremiah.

Even though the history lessons are simplistic, (they are written at about a fourth-grade level), they still provide a broad historical context for Jeremiah’s warnings to Israel and his seemingly strange warning that Judah must surrender its people to Babylon in order to survive. A bonus to supervising this part of my grandson’s education is that I am getting a little better grasp of my own faith.

Another advantage of supervising instruction at home is that we have the freedom to explore themes and connections that would be missed through the filter of a traditional school setting. For example, the three principal themes of early history are the transition from nomadic to agricultural societies, the development of the written word, and the conflict between monotheism and polytheism.

For my grandson, this creates an opportunity to explore how the development of the written word impacted culture and discuss why the single God of the Jews posed such a threat to the Egyptians, Assyrians and Babylonians. It’s an important, early lesson that religious belief cannot be completely separated from cultural or political life.

For me, it has deepened my curiosity about that period of history from the time of Abraham, through the Egyptian and Babylonian exiles, in particular, the story of Jeremiah. One thing that struck home was that unlike early prophets whose words were carried through oral tradition and transcribed in later generations, Jeremiah used the written word to communicate with his followers. The ability to write down and circulate his teachings made him both powerful and dangerous.

In helping my grandson homeschool, I am revealing gaps in my own education. Learning grammar is not just learning about language mechanics, it is learning how to sharpen one of our most valuable tools. We are also learning how important written language is to the development of human history and its impact on the development of modern Judaism and eventually Christianity.

Perhaps most important, we have been reminded that there is not a line that separates the religious world from the secular. There is no way to separate a religious education from a secular one either. It reminds me that unless we bring Catholic thought, history and and teaching directly into a child’s life, whatever education they receive will be their religious education.