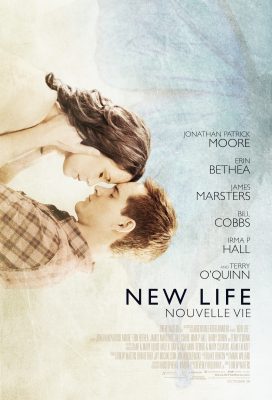 LOS ANGELES - Sharing the tissue box with hits such as THE NOTEBOOK and THE FAULT IN OUR STARTS, and starring Erin Bethea, NEW LIFE is this generation's new favorite romance. A love story making all of life beautiful, NEW LIFE premiers in selected markets this weekend.

Betha first shot to fame playing an unhappy wife in the 2008 surprise hit FIREPROOF, the year's number 1 indie film. Now Bethea plays a wife whose love story, with her husband, takes on the worst life can throw.

"NEW LIFE follows Ben and Ava, who meet as children, marry as young adults and together face what life brings," Bethea said. "Audiences respond to seeing young love become something lasting and storng. We wanted to inspire audiences with love's power, in any circumstance, to give strength and hope."

"I was drawn in from the first scene," said Jim Stovall, New York Times bestselling author of The Ultimate Gift. "I found myself impacted on every possible emotional level."

Benjamin Morton's (Jonathan Patrick Moore) life changed forever the day he met the little girl next door. Ava (Erin Bethea) was and always would be the girl of his dreams. What began as a childhood friendship grows into a meaningful relationship as the two plan out their lives together. When life takes a turn neither of them expected, their entire future is called into quesiton and they must decide what it really means to make the most of life.

NEW LIFE is produced and co­written by Bethea and Waters as the premiere feature of their production company, Argentum Entertainment.