The Gospel of Christmas...St. John Style 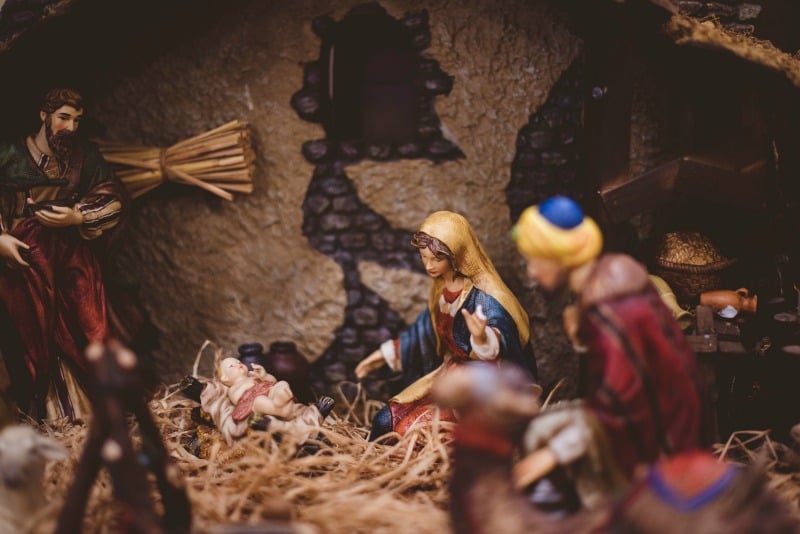 Why do we need to prepare for Christmas?

The answer I hear all the time is to create a welcoming place in your heart for the newborn Savior. But what does that really mean?

Christmas presents to us the essence of the gospel message.

During Advent, we hear about the events leading up to Christmas from Matthew and Luke, but not much from John. There’s no infancy narrative.

[Tweet "Why St. John best captures the meaning + power of Gospel of Christmas by @MCardaronella"]

However, I think John perfectly captures the meaning and power of the Gospel of Christmas.

Let’s look at the first chapter of St. John’s gospel to understand the role Christmas should play in our lives.

God is the origin, the beginning of everything. He speaks and reality springs into being. Since God is reality, he creates the universe “through him,” or on the pattern of himself.

Mankind is also “made through him,” created on the pattern of God. But even more than that, we're made for him--wired, so to speak, to be in relationship with him.

In God there is life which is “the light of men.” We’re made to have that life in us. It is our light. Without it, we’re dark.

“There was a man sent from God, whose name was John. He came for testimony, to bear witness to the light, that all might believe through him” (John 1:6-7).

Throughout Advent, the figure of John the Baptist looms large. He represents the outgoing Old Testament and signals that change is on the way. There’s a light coming, the Baptist says. You’ve been waiting for it in the dark for centuries. Now…it’s almost here.

The darkness is the consequence of Adam and Eve’s sin. Because of it, our hearts are broken and don't work properly. Even though we are created for the light and find ultimate fulfillment in it, the darkness shrouds our hearts. The light can’t get in.

That’s the tragedy of sin. The light is “in the world…yet the world knew him not” (John 1:10). Sin obscures the essential nature of our being in God and confounds our happiness.

We need the light, but it eludes us!

To remedy this, God did something incredible.

“And the Word became flesh and dwelt among us, full of grace and truth; we have beheld his glory, glory as of the only-begotten Son from the Father” (John 1:14).

This is the heart of the Gospel, the hinge of all Christianity.

The Word became flesh. God became a man! In so many world religions, there is a great divide between the divine and human. Not so with Christianity.

“John bore witness to him…And from his fullness have we all received, grace upon grace. For the law was given through Moses; grace and truth came through Jesus Christ” (John 1:15-17).

God invites all of us to receive his grace and share his life. In this way, we are renewed and elevated from the merely natural to the super-natural.

Every Christmas, you're invited to renew your relationship with Jesus.

Every Advent John the Baptist signals the call--empty yourself and get ready. Something new is coming. You prepare during Advent to recognize that call and open yourself to accept it.

United more deeply with Jesus, you are able to receive "grace upon grace" and experience his fullness.

The Christmas invitation is to receive the "power to become children of God" (John 1:12), new creations. This is the Gospel!

God's life is the “light of men,” and this light is where happiness lies. Don't miss it this Christmas.

Have you prepared well for Christmas this year? If you haven't, it's not too late! What can you do, in the next few days, to get ready to renew your relationship with Jesus?