A Kind Word is Always in Vogue 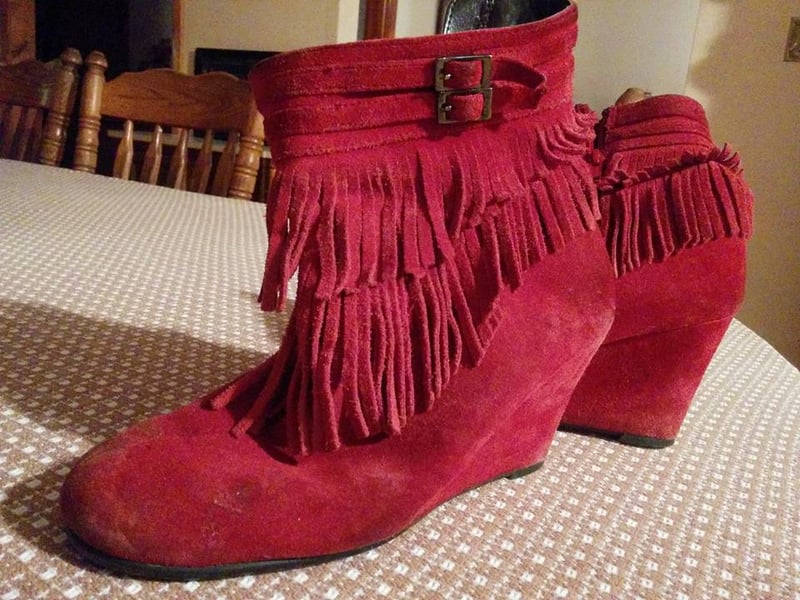 I was at the National Shrine of Czestochowa with hundreds of other women who had participated in our diocesan women’s retreat. Sitting next to me in the pew was a young religious from the Sisters of Life. The retreatants had just finished reciting the Divine Mercy chaplet, and I was getting ready to leave the church. Suddenly, the young Sister leaned over and said, "I have to tell you, I love your boots!" She went on to tell me that leaving behind the things of the world hadn't been too difficult for her. But she still felt the pull of fashion.

"Sometimes I'll tell someone that I like her dress,” she admitted with a laugh. “But I never know if the person will be pleased by the compliment or offended because it came from a habited sister!”

I was tickled by Sister’s compliment, and even more so by her candor. Although it’s hard to imagine anyone taking offense at kind words spoken by a sweet sister, I’m sure that such a thing has happened. And, no doubt, some folks have similarly been affronted by compliments given to them by people who don’t wear habits. It seems that no matter who you are, offering a compliment involves some degree of risk. After all, the object of your compliment might think you’re being opportunistic or sarcastic or meddlesome. Or he might think you’re just weird.

[Tweet "Offering a compliment involves some degree of risk. Offer one anyway!"]

How often do we withhold compliments because we’re afraid that our words will be misunderstood, or we ourselves will be misjudged? It’s easy for us to convince ourselves that keeping quiet is the “right” thing to do.

But compliments and kind words have the capacity to touch hearts and impact lives in unimaginable ways.

Many years ago, when I was living in the Bronx, it was not unusual for me to see homeless men on the street. On my way to the subway one morning, I noticed a homeless man sitting on the sidewalk beside a lamppost. I stopped to give him some change, and the man began to tell me his story. It became apparent that he was more grateful for my attention than for the few quarters I had given him. After several minutes had passed, I told the man that I had to go, but that I had enjoyed listening to his story. He took hold of the hem of my skirt, looked at me pleadingly, and asked, “Did you?”

“Thank you,” he replied. “And you’ll remember me, right?”

I told him that I would remember him, and for thirty-five years, I have. And I’m sure that he never forgot the words, “Your story is very interesting. I enjoyed listening to it.” I have no doubt that the man derived much comfort and joy from that one little compliment.

In this New Year, let’s resolve not to pass up any opportunity to offer a compliment or a kind word. Doing so may take us out of our comfort zone. And it's possible that we will, as the fashion-loving young sister observed, unintentionally offend someone. But do it anyway! Kind words and compliments are little gifts of love. Be as generous with them as you are with the gifts of time, of service, and of treasure that you offer each day.

Have you witnessed the power of a sincere compliment?

The Brother Factor by Celeste Behe
Read
Religious Name Changes for Women
Read
Book Review: Loved as I Am
Read