STYLE Savvy: The Season of Organizing 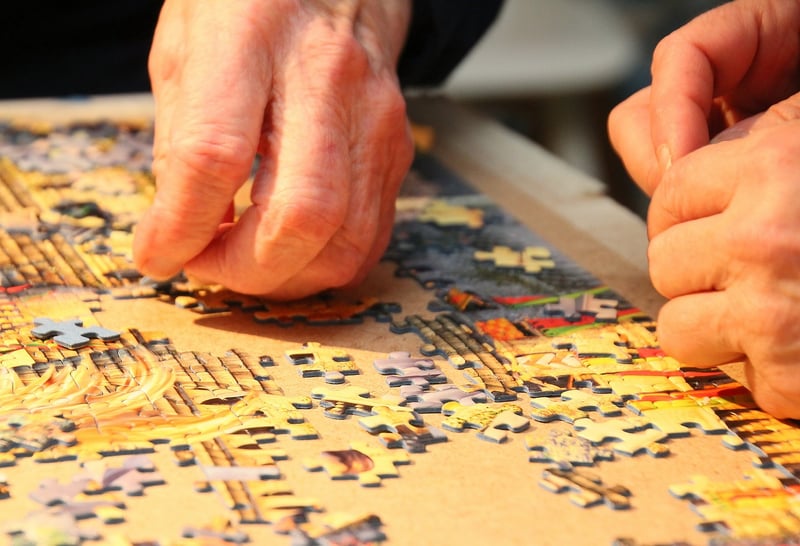 The downstairs bedroom in our house was never a bedroom. Before my daughter was born, it was an office. When she was a toddler, we turned it into a playroom. And every year, after Christmas, we played the "how do we fit the presents in the playroom?" game.

Organizing a small house is a little like putting together a jigsaw puzzle; when you find the perfect fit, the picture is quite lovely. Until then, when the pieces are scattered on the table (or under the tree...and in the hallway...and in the playroom), it's hard to imagine how it will all come together.

As my daughter outgrew the need for a playroom, it gradually morphed into a family room/man cave. A few weeks before Christmas, my husband bought a table to use as a desk -- in the playroom/family room/man cave, which is already quite well-stocked. To fit the table into its designated space, we need to sort the stuff, thin the collections, and rethink how we'll store what remains.

Phase One was begun before Christmas, when my daughter started sorting through various bins and containers. Phase Two began last week, as I sorted through files so we could move the file cabinet to make room for the table/desk. A couple of hours and several tall stacks of papers (some to recycle, some to shred) later, the desk was put into place.

By the time this post goes live, I hope that Phase Three -- the portion of the project in which the remaining puzzle pieces must be put together -- will be complete. As I write this, I have a few ideas, made possible by the items that were removed as part of Phase One and Phase Two, but I suspect that luck will also be an essential ingredient, much as it is (for me, at least), when I'm putting together the pieces of sky in a jigsaw puzzle.

In the end, the old will have been culled and removed to make room for the new, and the next phase of the room will begin, along with the new year -- which seems only appropriate.

And then, this week, as schedules begin to return to normal, I will move on to the next project: my office.
Wish me luck.
Copyright 2017 Lisa Hess