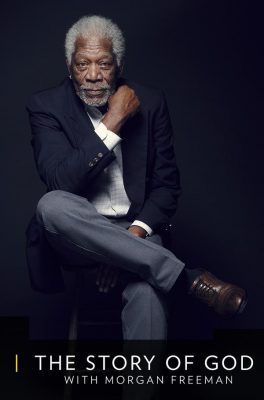 "What would you have asked the child Jesus if you could have had a conversation with him when he was around nine years old?"

That was the question I led with last week when I had the profound honor of sitting down with Academy Award winner Morgan Freeman. The occasion for our conversation was today's launch of the second season of "The Story of God". It feels somehow fitting that the dialogue Freeman began last year with National Geographic's most-watched series ever should continue today, when we celebrate the life and legacy of Dr. Martin Luther King, Jr. For in the same way that Dr. King challenged our nation to think, to converse, and to build bridges, the work Mr. Freeman does in The Story of God might push some of us beyond our comfort zone, in a very good way.

The records "The Story of God" broke with its first season may again be smashed with the three episodes in the second installment:

In the new season of National Geographic’s most-watched series ever, host Morgan Freeman again travels in search of answers to some of humanity’s biggest questions: What are heaven and hell? Who — or what — are the chosen ones? Is there proof of God’s existence? On his journey,  Freeman takes viewers around the world on a quest for interfaith understanding through the lens of religion, anthropology and archaeology. 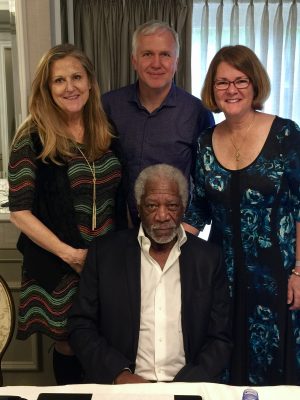 There is only one short reference to Catholicism in "The Chosen One", so consider watching tonight, and the series in general, not for insights into our own traditions, but rather to learn as Freeman has about how others answer some of life's biggest questions.

My own question for the host regarding Jesus' childhood was prompted by my favorite segment in Season Two's "The Chosen One". In the episode, which debuts tonight on National Geographic, we find Mr. Freeman chatting casually with nine-year-old Jalue Dorjee and his family. When he is occasionally dressed in non-Buddhist attire, Jalue might look to us like any other soccer playing, pokemon-catching fourth grader. But to his faith community, Jalue is recognized as the eighth reincarnation of the Takshem lama, a Tibetan Buddhist spiritual leader who lived in the 16th century.  "The Chosen One" features an insightful dialogue between Freeman and other spiritual leaders like Jalue as the series seeks to ask big questions. At one point, as Mr. Freeman chats amiably with Jalue, he asks the young child some challenging questions and Jalue responds with the charm and grace of one who has accepted his life's calling.

As I watched in wonder, I immediately longed for the chance to have such a chat with the Christ child, the greatest "Chosen One". And while I didn't have a camera crew or production team nearby to film my conversation, I paused my watching of "The Chosen One" and went into my own prayer with the Son of God, Jesus, picturing in my devotions those "hidden years" in his home with Mary and Joseph. 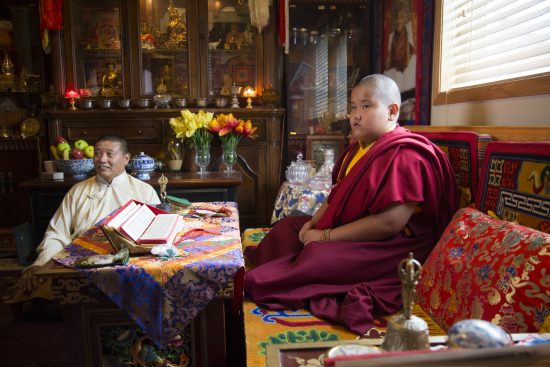 Many diverse faith perspectives are taken on in "The Story of God". My goal in watching this series is to learn more about what other traditions believe so that I might walk this earthly journey with increased understanding and respect. Freeman and the highly gifted team behind this show take us to places around the globe I will likely never visit in person. They show us scenes that challenge us, that stretch our comfort level, and that help us to see the world from a different vantage point.

As our world remains embroiled in conflict and strife, I believe that such a growing in understanding could perhaps be part of the solution to some of the friction we face. So I'll be watching "The Story of God" this season to learn, to discover, and to continue building upon my own part of that story.

The Story of God with Morgan Freeman: The Chosen One
Premieres Monday, Jan. 16, at 9/8c
Almost every faith has a figure its followers think was chosen by God. Muslims have Muhammad. Christians have Jesus. Jews have Abraham and Moses. Why do we rally around these chosen ones and how do they guide our faith? Morgan Freeman goes in search of the chosen people walking the earth today, including an American boy from the suburbs who is believed to be the reincarnation of a Buddhist lama who has been returning in different bodies for almost five hundred years.