"The Story of God" Series by National Geographic has everyone talking about God!

Morgan Freeman, a respected actor, says participating as the host in the National Geographic’s “The Story of God” series did not change his views about religion. It did open up for him a new respect for the different religions and how they view God. “What we decided after completing the series, was all religions and beliefs share remarkable similarities. We should celebrate their commonalities rather than let riffs come between us,” Freeman told Entertainment Weekly.

Freeman traveled to 20 cities in seven different countries seeking answers to some deep questions regarding the World’s Religions and their different beliefs.

He went on to say how impressed he was about the effort to combine religion and science. “The Catholic Church is leading the way in bridging science and religion with the Vatican Academy of Science established nearly 400 years ago with their study of astronomy, and cosmology and other related topics.” 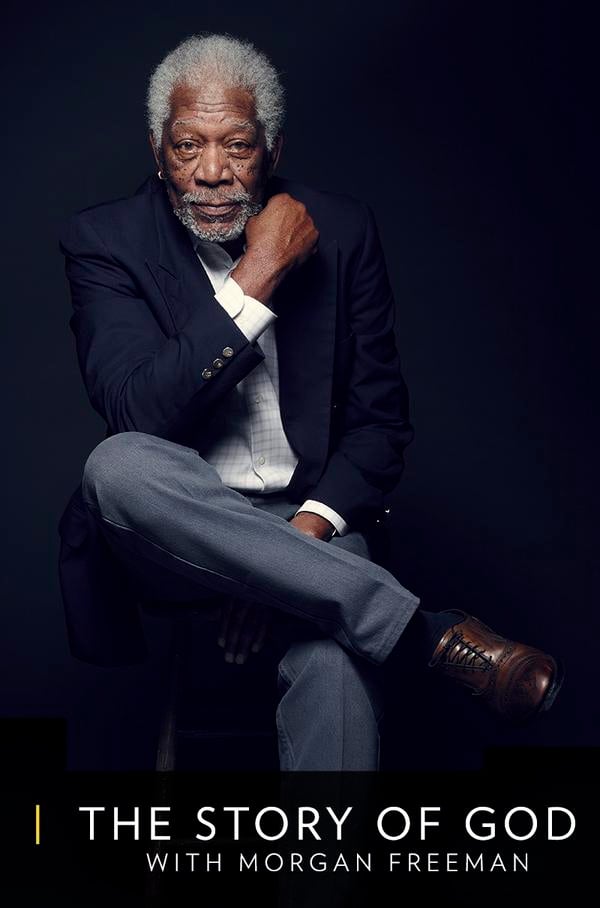 Lori McCreary, the producer of the series said after it was completed she was very impressed with what she came away with in terms of her own beliefs. “You don’t have to believe in evolution or only be a creationist. You can actually be someone who believes all of this. They don’t contrast each other; that one concept was a really great thing to confirm for me. One scientist we spoke to at the Pontifical Academy of Sciences was asked if they could coexist. He said ‘exactly’ because the Big Bang was the scientific explanation of creation and the Bible and Scripture was the theological explanation for creation. I think the smarter we get, the more room we have for things that are not measurable and understandable.”

The other reaction that was surprising for the producers of the series was the feedback from the audience that was watching. The reviews were very positive. One comment was that many people were now talking about God at the water coolers. How exciting is that?

When I attended college (I should say this was over 40 years ago) I did my thesis on the various Christian religions and their consistencies and disparities. This course was an eye-opener for me. Every Sunday for 10 weeks I attended a different Christian church service. My goal was to compare the consistencies and differences. I came away, not unlike Morgan Freeman in his search for answers, thinking most of these churches have similar goals and share similar beliefs. For example, they used Bible references during their services followed by the minister preaching a sermon. Many times people were invited to share their circumstances that were relevant to those Bible readings. Most churches use music to enhance their messages. Essentially, most of these churches had a consistent message; that is, Jesus and His teachings of the Bible should become a part of everyday lives.

I was also invited to a Jewish synagogue. That environment celebrated the Old Testament lessons and prayers. All of these churches reiterated the importance of prayer, encouraging a relationship that is one on one with God.

[tweet "Our beliefs in miracles can shape our understanding of God. #StoryofGod"]

The last episode of this series focused on miracles. Freeman discovered that our beliefs in miracles can shape our understanding of God. In his words he ended the series with this comment: “I used to struggle to make sense of miracle stories. How oceans could be parted; how it was possible to walk on water but now I think I was missing the point. To believe in miracles, you have to believe there is more to life than meets the eye. To accept there could be something that connects us and that unites us. I believe we should believe in miracles because however you define them, they give us hope. They drive us to create reality out of possibilities.”

It’s so important to continue to openly discuss freely and positively the one common goal we all have: to one day be reunited with God in heaven. Perhaps we need more programs to bring people to the water coolers and talk about God.