What the Eucharist Teaches Us about Marriage

While researching the sacraments during the development of the Joined by Grace marriage preparation program, John and Teri Bosio made an interesting discovery. The Sacraments, specifically the Eucharist, can make a tremendous impact on the lives of married couples. This article summarizes what they found. 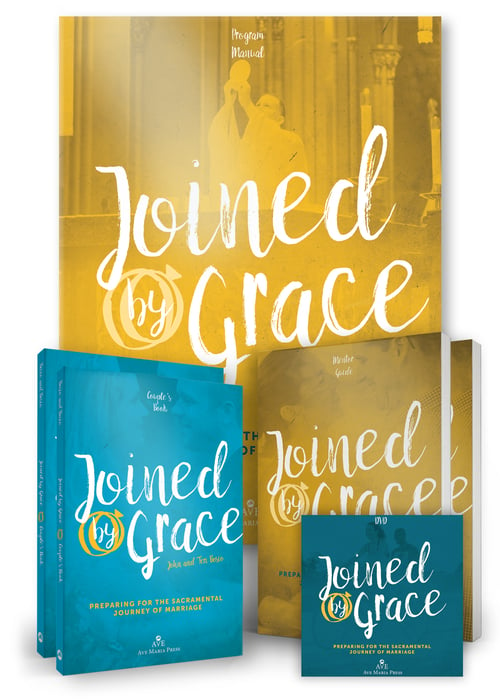 [tweet "What the Eucharist teaches us about #marriage. #book excerpt from @avemariapress"]

Today you may be willing to do almost anything for your fiancé. You probably give things up fairly easily; you sacrifice what you want in order to please or to accommodate the wishes of your beloved. This generosity, prompted by your desire to be with someone you love, is what we find in God’s love story.

We read in the books of the Old Testament that, through their sin, Adam and Eve turned their backs to God. In spite of this, at different times in history God took the initiative and reached out to humanity. He desired to turn us around and to bring us back to him. He did this through special pacts called covenants.

God made covenants with Noah, with Abraham, with Moses and his people Israel, and with David. In these covenants God gave his word to us. He promised unconditional acceptance, his presence, and his protection, and he demanded in return exclusive loyalty.

The covenants of the Old Testament prepared humanity for a new and final covenant, the one that was sealed in the sacrifice of Jesus: “For God so loved the world that he gave his only Son, so that everyone who believes in him may not perish but may have eternal life” (Jn 3:16).

Through Jesus’ death and resurrection, the sin of Adam and Eve was erased and the relationship between God and humanity was fully restored. In Jesus, the Son of God, we became sons and daughters of God. “We are [children] of God thanks to Jesus and no one can take away this ‘identity card.’”

Today, in the sacrament of the Eucharist—commonly called the “Mass” in Catholic circles—we encounter the total self-giving of Christ. Just as he once gave his life on the Cross because of love, in the Eucharist he lovingly gives us his saving life once more.

What we learn from God’s love story is that God loves us so much that he gave us his own Son, Jesus, who died for our salvation. As St. Paul notes, Jesus “emptied himself” for us (Phil 2:7).

So the Mass is a memorial of Jesus’ self-sacrifice. In the sacrament of the Eucharist, united to Christ by the power of the Holy Spirit, we give thanks to the Father for Christ’s sacrifice, which brought us the gift of our salvation.

What Catholics Believe about the Eucharist

The Eucharist completes the process of our full communion in the life of the Trinity: Father, Son, and Holy Spirit. It nourishes us and teaches us to imitate Christ in giving ourselves totally because of love.

Jesus instituted the Eucharist at the Last Supper during the celebration of the Jewish Passover meal. “Then he took a loaf of bread, and when he had given thanks, he broke it and gave it to them, saying, ‘This is my body, which is given for you. Do this in remembrance of me.’ And he did the same with the cup after supper, saying, ‘This cup that is poured out for you is the new covenant in my blood’” (Lk 22:19–20). He asked his apostles to repeat this ritual in remembrance of him. Today when we participate in the Mass, we gather to remember Jesus’ sacrifice and to celebrate his resurrection.

The celebration of the Eucharist is an act of worship through which the whole Church—united with Christ, and through the power of the Holy Spirit—gives thanks and praise to the Father for all of his blessings.

Among the blessings we celebrate in the Mass is the gift of our salvation through the death and resurrection of Jesus.

The Parts of the Mass

The Mass is divided into two parts.

In (1) the Liturgy of the Word, excerpts from the Old Testament and New Testament are read, followed by a homily and prayers for the whole Church.

(2) The Liturgy of the Eucharist begins with the presentation of the bread and wine to the celebrant, followed by the great Eucharistic Prayer, which is prayed aloud by the priest celebrant on behalf of all who have gathered. It recounts our salvation and culminates in the retelling of the Last Supper narrative.

As the priest, representing the person of Christ, speaks Christ’s words from the Last Supper over the bread and wine, the bread and wine are consecrated through the power of the Holy Spirit and become the Body and Blood of Christ:

The Liturgy of the Eucharist concludes with the Communion Rite, wherein the faithful receive the Body and Blood of Christ, so that they might become the Body of Christ for the world.

What the Eucharist Teaches Us about Marriage

In Christian marriage Jesus invites us to be generous and to give ourselves to our spouses as he gives himself to us in the Eucharist. The following are some of the similarities between the Eucharist and Marriage.

• The Eucharist is a sacrament through which Christ gives himself totally to us. Marriage is a sacrament in which the spouses give themselves totally to each other.
• The Eucharist is a sacrament of communion and intimacy. In the Mass Jesus shares himself with us, he makes himself vulnerable to us, and through our reception of him we grow in communion and intimacy with him. Marriage is also a sacrament of communion and intimacy. Through the spouses’ mutual sharing of their lives—dreams, feelings, thoughts, material possessions, finances, and bodies—they make themselves vulnerable to each other; when such gift is respected and accepted, they grow in union and intimacy.
• The Eucharist is a sacrament of nourishment. In the Mass Christ gives us his Word and his Body and Blood, and he nourishes us spiritually. In marriage the spouses’ kind words and generous acts of love, however small, feed their affection for each other, nourish their marriage, and strengthen their union.
• The Eucharist is a sacrament of thanksgiving. During the Mass, moved by the Holy Spirit and in union with Christ, we give thanks to the Father for all of his blessings. Similarly, Marriage is a school of gratitude. Successful husbands and wives are grateful for the gift that God has given them in their spouses. They express such gratitude through words and actions and in a special way through sexual intercourse.
• The Eucharist is a life-giving and life-sustaining sacrament. Through the gift of his Word and his Body and Blood, Jesus shares his divine life with us and sustains it in the Church. In Marriage the loving words and actions of husband and wife are life-giving. In their mutual self-giving of their bodies to each other as an act of love, they enliven their relationship and, with God’s help, bring new life into the world.

How the Sacramental Graces of the Eucharist Help Married Couples

In the Eucharist, Catholic married couples meet the one who is the source of their marriage, God himself. The Mass is an intimate moment with Jesus, who is truly present and who has the power to transform us.

By actively participating in the Mass, married couples grow in union with God and one another as husband and wife.

By participating in the Eucharist, spouses enter the mystery of God’s self-giving love, which draws them to communion with himself and invites them to live in communion with each other, their families, and their whole community. From that encounter couples leave the Mass strengthened in their faith, feeling closer to one another and reaffirmed in their vocation to marriage.

These findings are consistent with the 2016 report by the Institute for Family Studies that 78 percent of spouses who regularly attend church together are “very” or “extremely” happy in their relationships.

We encourage you to practice your faith and make it a habit to attend Mass at least every Sunday.

In a June 2014 Angelus address, Pope Francis explained why attending Mass makes a difference in our lives:

“The presence of Jesus and of the Holy Spirit acts in us, shaping our hearts, communicating interior attitudes to us that translate into behaviors according to the Gospel.”

Copyright 2017 John & Teri Bosio. Reprinted from the Couple’s Book of the Joined by Grace marriage preparation program with the kind permission of Ave Maria Press. All rights reserved. You can help your parish learn more about the Joined by Grace program at joinedbygrace.com. 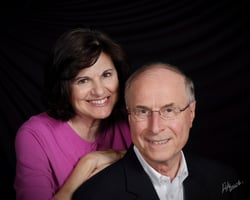 About the authors: John Bosio is a former marriage and family therapist, director of religious education, and diocesan family life coordinator. He and his wife, Teri, are retired but remain active in parish and family ministry, serving parishes and dioceses around the country. The Bosios lead couples retreats and workshops on family ministry for deacons and priests. They wrote Joined by Grace, a marriage preparation program from Ave Maria Press. They produced two parish-based marriage enrichment programs: Six Dates for Catholic Couples and The Beatitudes: A Couple’s Path to Greater Joy. A third, Four Dates for Catholic Couples: The Virtues, is in production.