In 2014, our family took a trip to San Francisco, California. My younger daughter had just finished studying St. Junipero Serra, the Franciscan friar responsible for beginning the foundation of missions in California. We took the opportunity to visit some of the missions as a family – and even purchased a small book with a short history of the various missions – but I truly wish we had Stephen Binz's new guide to the California Missions at the time! 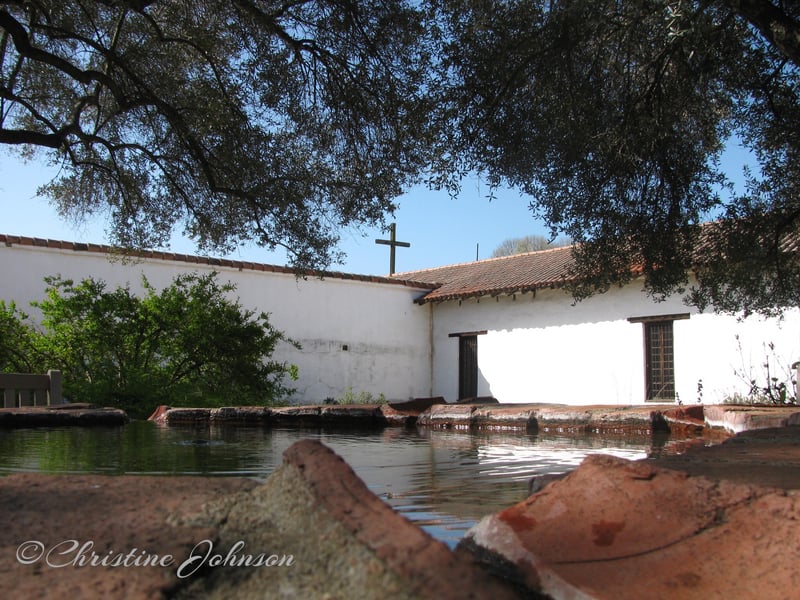 [tweet "New pilgrimage guide to the Camino Real from @FranciscanMedia: review by @CatholicMomVA"]

Saint Junipero Serra's Camino: A Pilgrimage Guide to the California Missions is the perfect book to take along with you if you have the chance to go to California and visit the missions in person. After an honest look at the history of the native peoples of California and their religion, as well as the history of the missions themselves, Stephen Binz carefully chronicles each mission's history, beginning with the southernmost mission and working his way northward. Since the missions were not founded exactly in this order, there's a handy map and chronological list of the founding dates at the back of the book, along with a glossary. (Sometimes, as Catholics, we forget that we have a long list of words that are particular to the Church. This glossary helps make the Camino and this guide more accessible to people who might want to see the missions, but who are not Catholic.) 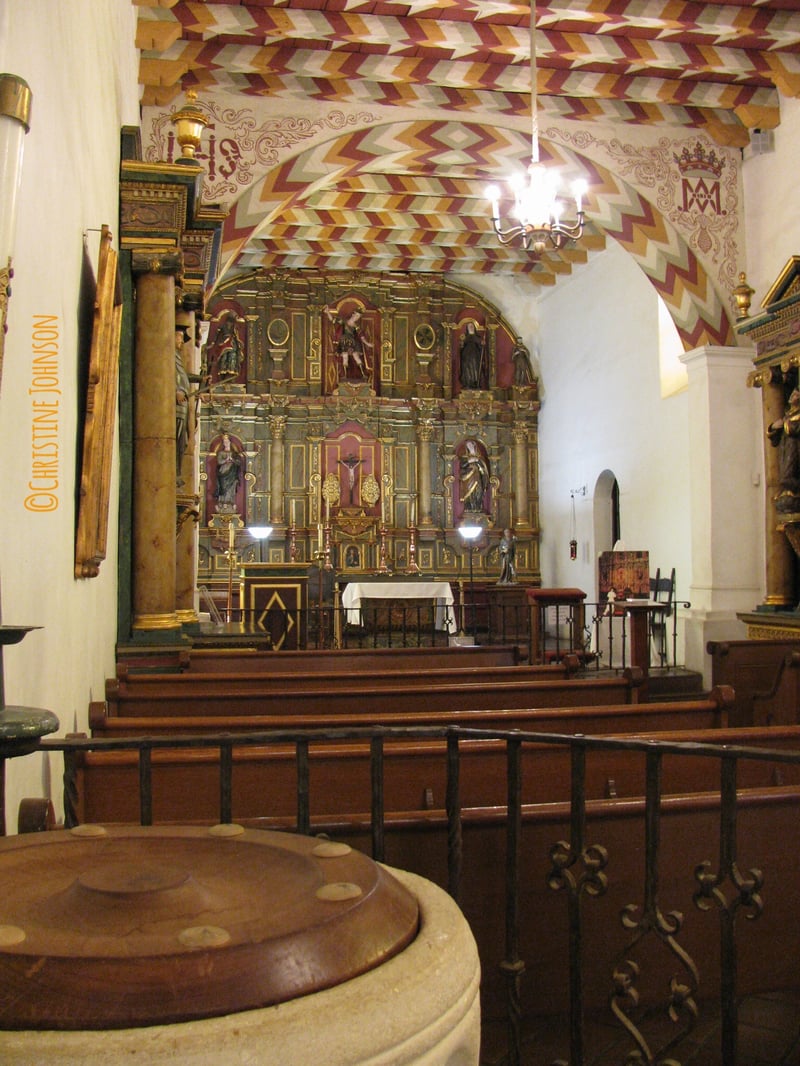 Binz begins with a general historical introduction to St. Junipero Serra, the native peoples, and the mission era in general. This history strikes a balance between honesty and a reverence for the saint who began the missions. Binz goes into detail about Serra's motivations for becoming a missionary, as well as the faith of the California Indians and why that faith set the stage for the sharing of the Gospel. He discusses the abuses that took place, and Serra's response to that, as well. He helps the reader see the reasoning behind the way missions were run, which was more about helping the Indians learn how to adapt to European culture (which was coming whether it was under the gentle guidance of the friars or the not-so-gentle force of the coming explorers) than it was about abandoning everything the Indians had done for generation upon generation. Binz tells the story about how Serra himself stepped in to prevent several Indians from being executed for the murder of one of his friars, and how Serra required the Spanish to allow him to be there at the release of the men who conducted the raid so that they would know that he was forgiving them as a Christian. Eventually, three of the men who took part in that raid came to Serra for conversion and were baptized and confirmed in the Faith. 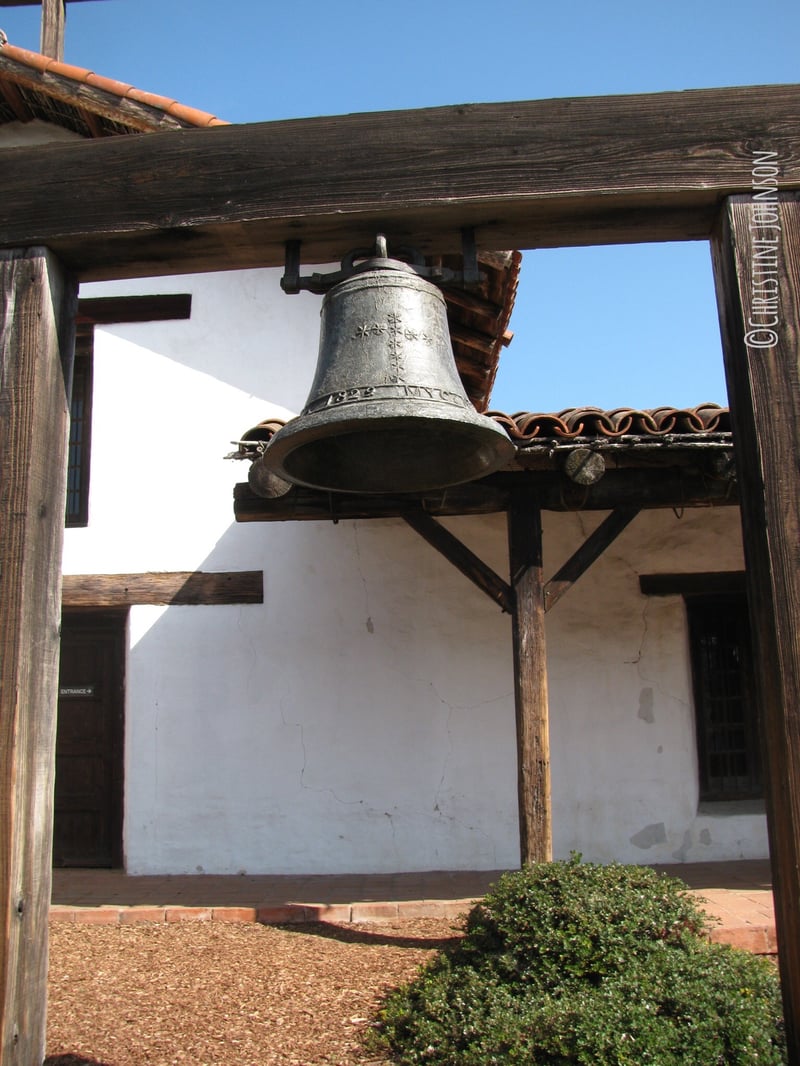 The details included in the descriptions are helpful for both virtual pilgrims and those who travel to California: Binz discusses pictures and statues of saints in the mission churches, the names of the bells and when they were cast, what various parts of the mission property was used for, and more. For someone not traveling to the missions in person, the details help create a mental image of the place; for someone who is there and looking at the church, it helps identify the saints displayed. 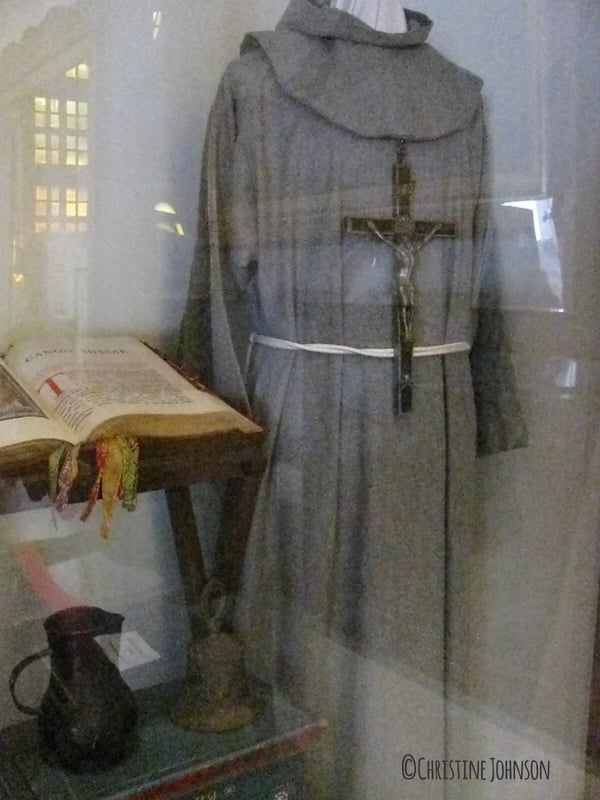 Personally, I was pleased with not just the descriptions, but the history, as well. There are some authors who, in reaction to past abuses, will gloss over those abuses for the sake of remembering the holy mission of the Franciscans who founded these missions. Other authors, in reaction to the same abuses, will gloss over the holy intentions at the heart of the founding of the missions and also ignore the genuine affection and love for the California Indians that Serra and his friars had. Binz manages to present the history in a way that does not ignore either end of the spectrum. Instead, he seeks the truth: the missions were founded by men of good intent who did not always do what was right. Our 21st Century hindsight is different than the way the world worked more than 300 years ago, and it's helpful to honestly seek out the truth. 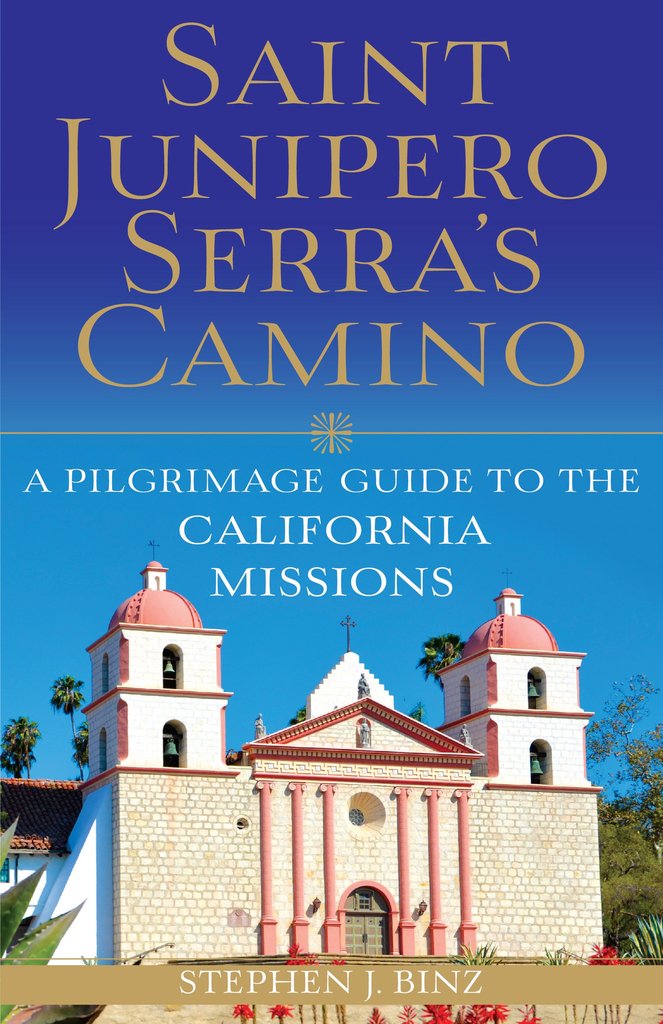 Whether you're going to California on vacation and want to visit one or more of the missions or you're studying the history of California as a homeschool parent or you're just interested in how California was established, Saint Junipero Serra's Camino is a wonderful book to take along on your journey – real or virtual. 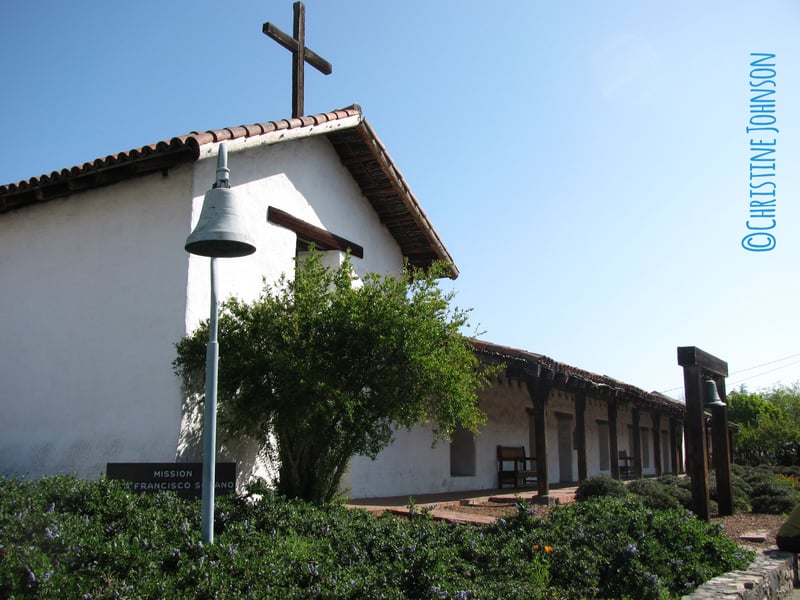