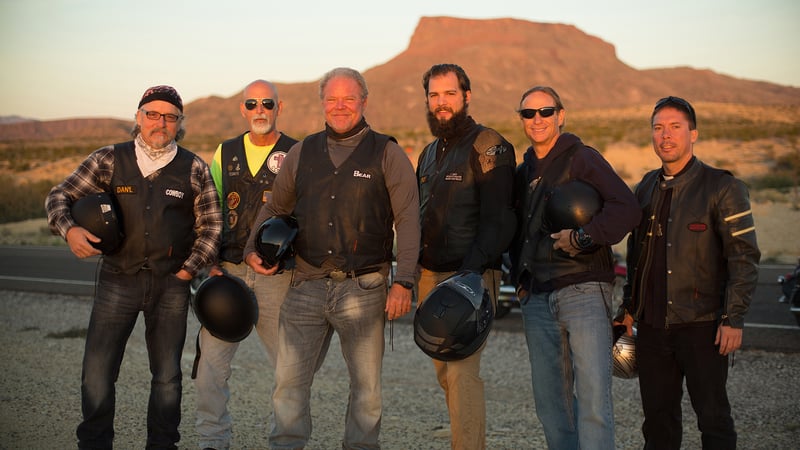 Unexpected! Champion Surfer Bear Woznick and a group of friends take a coast-to-coast motorcycle ride to spread the Catholic faith in "The Long Ride Home," coming to EWTN in June. The program is part of the Network's Spring lineup of shows, which begins rolling out March 1.
Photo courtesy of EWTN. All rights reserved. Used with permission.

In 1917, during the fourth year of World War I, Our Lady appeared six times to three shepherd children in Fatima, Portugal with prophetic messages and a miracle that stunned the world. In May 2017, the Catholic Church will begin a six-month celebration of the 100th anniversary of those six apparitions, which are widely considered to be the most important series of Marian apparitions in history – and there is no better place to see, celebrate, and learn everything about Fatima than EWTN.

The Network’s coverage of this momentous series of events – live from Fatima, Portugal – will also include EWTN’s six-part original mini-series, “The Miracle of Fatima,” documentaries, films and more. (Get frequently updated information about EWTN’s Fatima programming and a lot more at www.ewtn.com/fatima.)

However, as important as the Fatima celebration is, it’s just one part of the Network’s spectacular Spring season lineup, which begins in March 1 and continues through June.

“We’re very proud to be able to roll out a package of high-quality Catholic programming that covers many new and exciting topics of interest to our EWTN family,” said EWTN President & COO Doug Keck.

In addition to new episodes of all your favorite shows, EWTN’s Spring programs, which premiere the first week in March, will include new series such as:

For a complete listing of all of EWTN’s television programming and show times, please go to www.ewtn.com/television. Keep up-to-date on EWTN programs and news from a Catholic perspective via EWTN's Facebook page, www.facebook.com/ewtnonline.

EWTN Global Catholic Network, in its 36th year, is the largest religious media network in the world. EWTN’s 11 TV channels are broadcast in multiple languages 24 hours a day, seven days a week to over 268 million television households in more than 145 countries and territories. EWTN platforms also include radio services transmitted through SIRIUS/XM, iHeart Radio, and over 500 domestic and international AM & FM radio affiliates; a worldwide shortwave radio service; the largest Catholic website in the U.S.; electronic and print news services, including Catholic News Agency, “The National Catholic Register” newspaper, and several global news wire services; as well as EWTN Publishing, its book publishing division.