The idea of giving Facebook up for Lent is usually met with two types of criticism. First is that the idea that giving up something like Facebook for Lent is pathetic and essentially the height of privilege. The second is that we shouldn’t give it up, but instead use it to glorify God, as a tool of evangelization. While I don’t disagree with either of these generalizations, I think both sort of miss the point.

To address the first issue, I honestly have to answer, yes, it is a relatively pathetic sacrifice, especially in light of the Cross or even any magnitude of human suffering experienced throughout history and presently. But the point of a Lenten sacrifice isn’t to seek out the most horrific form of torture you can endure and suffer for the sake of suffering. The point is to be conscious of what is pulling you away from realizing your holiness, away from God, and deny yourself it that you might experience of conversion of heart. So naturally, that is going to look radically different for everyone. And, perhaps embarrassingly, the one thing that I have found pulls me away the most is Facebook.

[tweet "Lenten sacrifice should make us conscious about what pulls us away from God."]

I have made it a practice to fast from Facebook on Fridays and I have noticed a drastic difference in my mood, in the work I am able to accomplish, and in my prayer life. It is so easy to tell yourself you are just going to check Facebook for a few minutes only to get sucked in for an hour. Many of the New Year’s Resolutions I made this year are already woefully behind and I suspect the time wasted on Facebook plays a role. I don’t pray nearly as often as I should because it is easier to check Facebook for 5 minutes than start a Rosary. But, the most convicting is seeing that my relationships are suffering. I am not as attentive to my kids if I am scrolling Facebook. I have found that my husband and I will make plans to watch a movie and a few minutes in I am no longer paying attention because I am looking at my phone. The saddest part is I usually don’t even notice that I am doing it. I subconsciously reach for my phone and open Facebook, out of habit.

Don’t Give it Up, Use it to Evangelize

For a lot of people, this is a very good and admirable practice. Perhaps after I have undergone some detachment this Lent it is something I can try next Lent. However, at this point, telling me to continue to use Facebook but only for good is akin to telling an alcoholic that it is fine to be a social drinker. There, I said it. I have a Facebook addiction. Okay, that is a slight hyperbole—but there is a dash of truth there.

I know many Catholic sites will have a strong presence on Facebook for Lent. And, I know a number of my own friends are always great at being Social Media Evangelists. However, I do not think, at least right now, that this is also my calling. I am going through a rather dry period in my life spiritually, something of a dark night of the soul. I am hopeful I can have a conversion this Lent by minimizing distraction and prioritizing prayer.

To be clear, I do not intend to demonize Facebook. It serves a purpose. It is wonderful to connect with distant family and friends, to have online communities of other women- especially other Catholic women as it felt lonely converting. Facebook is a tool and it can neither be good nor evil on its own. As with most things, how you use it determines its influence in your life. Right now, Facebook is mostly a negative influence in my life, and that calls for detachment.

What are you giving up for Lent? Have you ever given up Facebook or other social media? 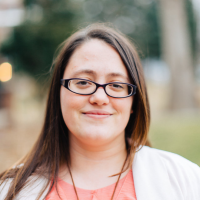 Amanda Torres is a Catholic convert, wife, and working mom from St Paul, MN. She is making great use of her Bachelor's Degree in History and Anthropology as a Management Analyst for the State of Minnesota. When she is not busy trying to get her husband, her rambunctious 7 year-old, and toddler twins into Heaven she enjoys reading, writing, and drinking coffee with entirely too much creamer. Amanda also occasionally blogs at In Earthen Vessels: HoldThisTreasureInEarthenVessels.wordpress.com