A Call For Help 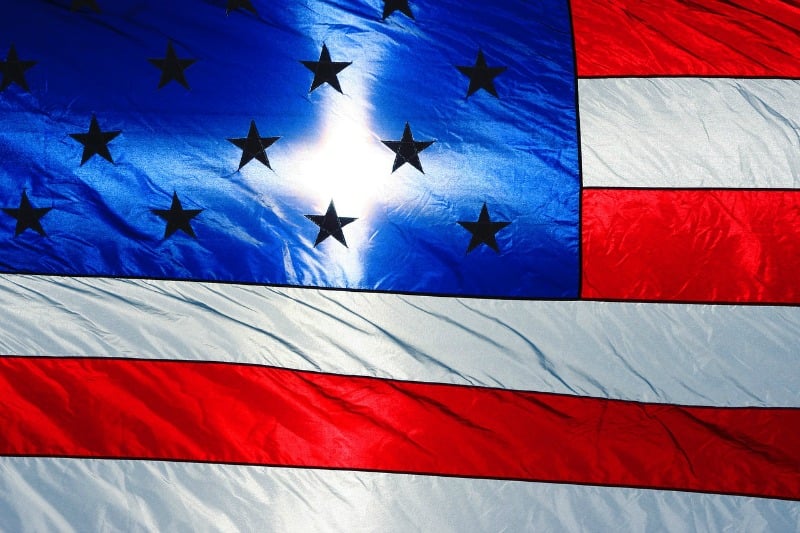 It was, by all accounts, a normal Saturday morning. With a one-year-old daughter, our day started early and by the time of the "incident," we had already logged a few hours of playtime. We lived in a relatively quiet neighborhood on a road that didn't see much traffic outside of the surrounding residents going about their normal daily business. That said, one might understand, in the midst of this more peaceful setting, how surprised I was when I glanced out the window and saw a police car cruising down the road at a speed that clearly spoke of an emergency somewhere nearby. My surprise turned to shock as I saw the car stop right in front of our house and then make a hard left into our little driveway. No more than three seconds later, this exact scene was repeated with a second police car. I stood at the window in my bathrobe with my pj-clad husband and children happily playing behind me and flatly gave a play-by-play of what I was witnessing; the pitch of my voice steadily increasing with each moment.

When my mind caught up to my eyes and I realized these guys were getting out of their cruisers and quickly heading for our front door, for some ridiculous reason, all I could think about was that I was in my pj's. I ran for the bedroom to throw on sweats while shouting to my husband to answer the door. As my now-totally-flustered husband opened the front door, two very different worlds crashed into one. Joe recalls how the officer, completely unknowing of what would greet him on the other side of the door, reached for his weapon and then quickly retracted his hand and visibly breathed a sigh of relief when he was greeted by my husband's calm and gentle smile. By the time I donned what I felt was more appropriate attire for the unexpected raid and made it back down the hallway, we had two very imposing officers standing in our entryway. At first glance, nothing made sense. These men didn't belong in our calm little world. What the heck was going on?

Reading the confusion on our faces, one of the officers quickly explained that a 911 call had been placed from our home. And in an instant, there was clarity in the chaos. Joe and I looked at one another and both registered at the same time that our unknowing little one-year-old had been playing with the phone earlier that morning. How on earth she managed to dial 911 by total chance remains a mystery. The officer asked why no one had answered the phone when the dispatcher called back and we sheepishly explained that we assumed a call that early on a Saturday morning was a sales call and had ignored it. Worried the officers might not be convinced of our plea of innocence, Joe offered them the opportunity to walk through the house and to come and meet our pint-sized culprit. They declined the offer, feeling comfortable with our explanation, and left as quickly as they came.

When the officers first reached our home that morning, they were working with very limited knowledge and had every right to assume they might be met with some sort of criminal scene within the walls of our small grey ranch. Their understanding of the family behind the door was encased in this mistaken call for help and was, for all intents and purposes, drastically at odds with reality. Fortunately, it didn't take long for the misunderstanding to be sorted out or for their keen judgment of character to rule out any need to investigate things further.

Reliving the events of that morning has brought me a new understanding of the current chaos that has recently enveloped this country and has everyone wondering if there is hope for stability and peace within our present political environment. No worries; I realize I said the word political, but I can assure you my words are not an attempt at arguing sides or enforcing any personal agenda. Quite the opposite, I myself am drowning in the division and negativity and am making a plea, simple in nature and complex in action, to refocus our judgment of character, hone our investigative skills and take our hands off our weapons.

[tweet "A plea to refocus our judgment, hone investigative skills and take our hands off our weapons."]

To put it entirely too simply, none of us deserves to be judged, condemned or upheld solely on the basis of what box we filled in on voting day. Rights and beliefs are a tricky thing. Alone they mean nothing; they are like a puppet without a puppeteer. Only when rights and beliefs are attached to a person, do they come alive with meaning. And it's at that moment that things get interesting, and entirely complex, for each and every person is made of diverse experiences, hopes, tragedies, successes and privileges. Thinking in those terms, it starts to become clear that it is impossible and grossly unfair to judge someone without all the information that surrounds their individual understanding of this world.

Perhaps even more confusing is the division the election results has caused between friends and families. These are people working with all the information and still their reactions are as if they no longer know the person behind the vote/the stance/the grip on whatever right they are holding strong to. The only winner in the midst of this division is the devil himself. While there is much yet to be revealed, I remain confident that God has this under control. Yet, we, His sons and daughters remain His hands and feet, eyes and ears. If we remain staunch in our resentment, paralyzed in our fear or resolute in our self-righteousness, He can't work, plain and simple.

It's a lesson I'm trying to absorb myself and my success in doing so has recently been tested. Several weeks ago I was driving to the store and was astounded to see a large billboard with a pro-life message. Never have I seen anything like this in New England. There was a large picture of two hands cradling a beautiful baby and the message read, "Cherish Life." I was thrilled to see this positive, gentle message and immediately wondered how long it would last before it was met with some sort of vandalism. It didn't take long. The following week when I drove by I could tell someone had taken dirt and snow and thrown it at the billboard, doing a good job of tarnishing it. It was only about a week or so later that I drove by and it was covered completely with large, black plastic sheeting. And that is how it now remains.

I'm not mad or resentful of this act of vandalism as much as I am just plain saddened by it. The person or persons who destroyed the billboard have no idea who I even am and most likely don't care about my beliefs or my right to uphold the message written across the board. They might be interested to know that I have the very same message tattooed across the back of my neck in honor and remembrance of my own three souls lost in miscarriage. I bet if they were willing to listen to my story, they just might understand why I wish that billboard was still visible. On the flip side, if I had the opportunity to listen to their story and get a glimpse into their life, their struggles, their fears, I just might understand what drove them to do what they did.

"Love your enemies. Do good to those who hate you, bless those who curse you, pray for those who mistreat you. Do to others as you would have them do to you." Luke 6:27-28, 31

It's a tall order, for sure, but it's time we all revisited the truth in these commands and remember the power of the prayer that can take us there. God created each one of us uniquely for a reason. We aren't meant to travel this world as robots, all co-existing among one another like nothing really matters. Rather, we've all been given gifts through our own personal experiences that are meant to be shared, meant to be used to calm the fearful heart of a friend, gently whittle away the distrust and resentment that is unjustly attributed to the stranger among us and hopefully, bring us all closer to those sons and daughters God is proud to call His own.

While this country of ours will forever be wrapped in the beauty of the stars and stripes, we would all do good to remember that we are also wrapped in the arms of God. We are nothing less than privileged to journey this life "under God" and through Him have the strength and wisdom to remain "indivisible, with liberty and justice for all."