Molly McBride, the precocious five-year-old who aspires to be a Purple Nun just like her friends the Children of Mary Sisters, is back . . . and she has a whole new wardrobe worry: the plaid jumper she’s supposed to wear when she starts kindergarten!

The idea for the book was inspired by a portrait I painted of one of my daughters dressed up in her purple habit! Molly is an amalgamation of both my quirky fillies, and their relationship with the real Children of Mary sisters here in Central Ohio is very similar to Molly McBride’s.

In the first Molly McBride book, Molly stubbornly refused to part with the purple nun’s habit her mother made for her—not even for her sister’s First Communion. 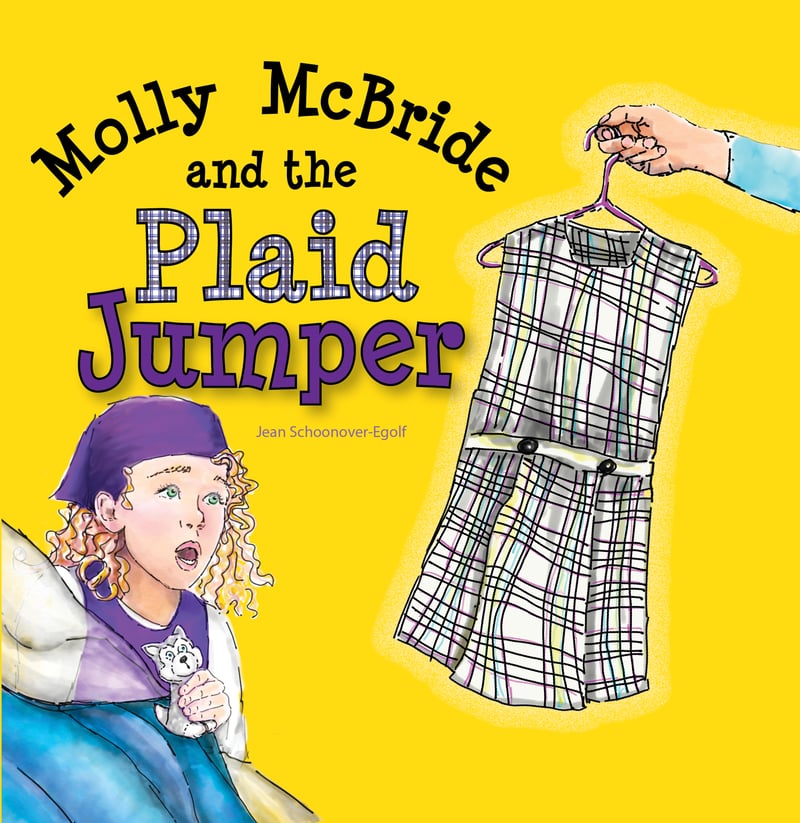 In the second book, Molly faces all the typical anxieties of starting school: making new friends; being away from her beloved wolf-pet, Francis, for the first time; and wearing that plaid jumper. But she overcomes those hurdles with the help of a new friend (a precious five-year old boy named Dominic who doesn’t want to give up his priest clothes!) and Father Matt, the pastor at her new school.

The moral of the story? Uniforms are important markers of our identity, but they’re not as important as our relationship with Jesus. (Watch for Jesus introducing his stuffed-animal lamb to Molly’s stuffed-animal wolf-pet in the new book!)

In addition to any lessons kids might take away from the book, I hope the series promotes greater awareness of vocations.

I grew up in a large-ish Catholic family where I was so blessed to have religious, both priests and sisters, as common in my surroundings as laypeople. These days, kids can go thirteen years of Catholic school and never see a nun. I think that’s a shame. Kids (well, most of them) are familiar with only one of the two vocations they can be called to in life, that is, they get a pretty good idea of what being a mom or a dad is all about. So, who’s going to tell them about the other vocation? One day it just hit me. I am! 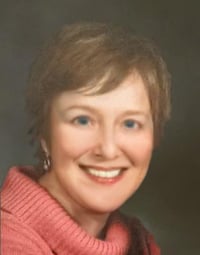 About the author: Jean Schoonover-Egolf is a retired Internal Medicine physician-turned-homeschool mom/author/artist. A member of the Catholic Writer’s Guild and the Catholic Children’s Writers Group, she resides in Columbus, Ohio with her handsome hubby Jay, their two terrifically daring daughters, one really cool rescued “Huskadoor” puppy, and a fluctuating number of fish, frogs, and elderly equines. Schoonover-Egolf’s watercolor paintings can be found in galleries throughout Northern Florida and Central Ohio.