I broke a glass yesterday and was reminded of this one time . . . (cue flashback sound).

My boys and I were living with my parents and they were 2 and 4 years old. It started with silence around 6:15 PM. Silence is never good in a house of toddlers. They weren't in the playroom, so I went searching. Liam (the then 4-year-old) had to go potty so he went to my parents' bathroom and Graham (little brother) followed behind with a pitcher full of poker chips and fake money. Don't ask.

I found Graham sitting in my parents' shower with the coins spread out around him. I said, Dinner is ready and you shouldn't be in here. Pick it up and come out now. And I walked away. Mistake.
A few minutes later I heard my name and went looking to see what was the matter. Both boys were now in the shower with the glass doors slid shut - and stuck. I got my dad. Long story short. He was getting quite frustrated trying to open the doors, which must have come off the track. He was angry with the boys, asking them why they were in the shower in the first place (my fault). And as I was asking... Can I help?  *Shatter!!* 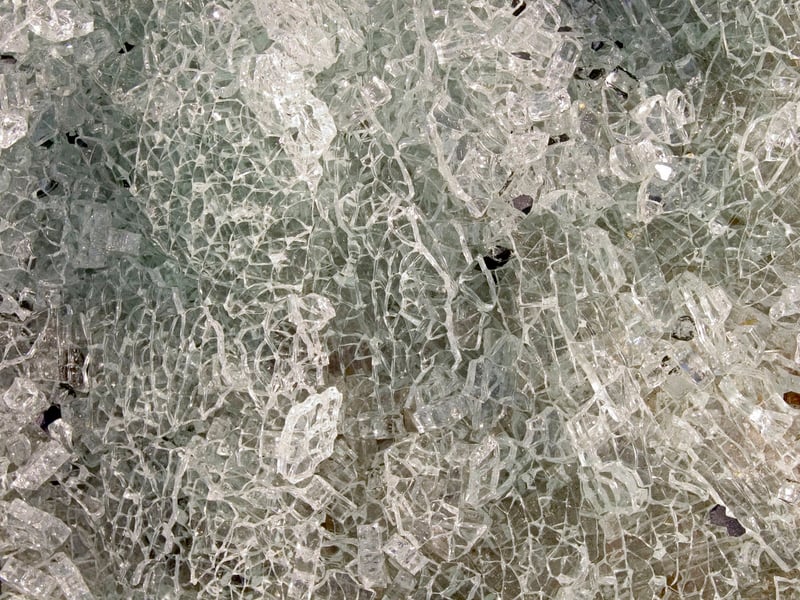 Via Freeimages.com, CC0 Public Domain
I heard the little one start wailing and then he got handed to me around the door. Next came the older one, handed off. I saw blood on the ground and hoped it hadn't come from either of them. By now both kids were crying. I started crying. Everyone was crying! There was glass everywhere.
I dealt with the kids and my parents cleaned up the mess. After dinner they went in to try to slide the other door into place and it broke too. Ugh.
I was so angry at those boys. No dessert. No Curious George. Eat dinner and get in bed. I reminded them that I told them to get out of the shower and they didn't listen. At dinner Liam apologized to my dad for breaking the door and my dad pointed out that they didn't break it. He did. I jumped in to say to the boys, but you WERE disobeying. I didn't want to let them off the hook. When it came time for tucking in, I was cold to them, but tried to make sure the night ended on a loving note.
Meanwhile in Adult Land, I was still crying, telling my dad I was so sorry. He said not to worry about it. It's okay. He was frustrated, but he didn't lose his temper with me.

I couldn't help but think about the story of the Unmerciful Servant from the gospel of Matthew, chapter 18. The king forgave his huge debt, but when someone owed HIM a smaller one he was unmerciful and threw him in prison. I was the middle-man debtor in this story-turned-real-life. My dad forgave me before I even asked, yet I was so angry that I couldn't properly tuck my kids into bed.

[tweet "Where's the dividing line between forgiveness and teaching a lesson? By @AbbySpirit"]

But here's the tough part: When it comes to parenting, if you are too quick to forgive do you miss out on the opportunity to teach a lesson? Of course there is a lesson there on forgiveness and mercy, but where's the dividing line between holding on too long and reinforcing the message?