Is a small town near a Benedictine Abbey an unlikely setting for a murder mystery? Not at all; small towns can hide big secrets. In Fiorella DeMaria's novel The Sleeping Witness, the murder of a war hero and an attack on the frail wife of the local doctor put an end to the tranquility of a secluded English village.

Father Gabriel finds himself defending Dr. Paige, a man he admits is unlikable and who appears guilty--but the priest is convinced there's more behind the beating of the doctor's wife. Set in postwar England, the book touches on some harrowing consequences of the war and the secrets borne even by residents of a sleepy, remote hamlet.

[tweet "A fast-paced @ignatiuspress #mystery to read in a single evening! #bookreview by @franciscanmom"] 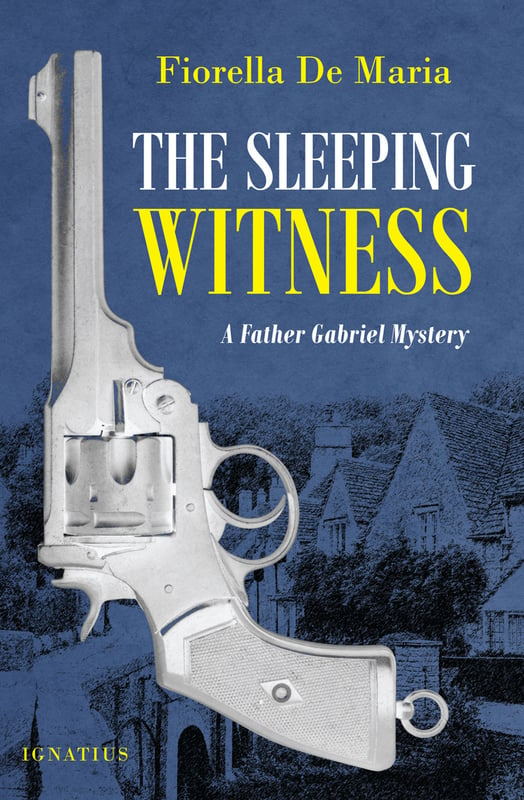 I read this fast-paced mystery in a single cozy evening. Father Gabriel and his monastic cohorts are a fascinating and often funny cast of characters. I'd have liked more character development, though; Father Gabriel and the other monks would be fun to know. I was glad to read that this is the first in a series; I'll definitely look forward to the next Father Gabriel story.

Ignatius Press, the publisher of this novel, invited author Fiorella de Maria to explain her inspiration for this book and series: “The Fr. Gabriel Mysteries are set in rural England at a time of uncertainty and austerity, as a nation struggles to rebuild following the carnage of the Second World War. For those whose lives are shattered by wars, the conflict never truly ends. The sense of loss, of dislocation, may be felt for many years. The characters Fr. Gabriel meets and the crimes they commit, are all shaped by recent events and the key to the mysteries are almost all to be found in the past.”