"I Thirst": An Author's Literary Journey

When Rebecca receives a mysterious note from an unknown source, she has no idea how it will change her life.
Twenty-year-old Rebecca Veritas is used to being different, but has never felt extraordinary. She is a Dreamer, living in a world of poetry intermixed with the antics of her unique family and eccentric best friend Adriana. When she meets Peter, a young student from Canada who seems somehow to understand her from the start, her perception changes. With “Intermission," the single word in that mysterious note, as inspiration, the two writers embark on an incredible journey to a new world in the form of a story that will ultimately parallel their own lives. Yet, as the story progresses, events remain ever more shrouded in mystery. When unexpected circumstances in the real world throw their lives in disarray, it will be up to Rebecca to find the true meaning of “Intermission” before the curtain closes on the final act.
I Thirst received the 2013 YATR* Literary Award for Best Prologue. It is the first book in a trilogy, followed by The Rose and the Sword (April 2016).
*Young Adult Teen Readers
[tweet "Inspiration for a #Lenten #YA novel: 'I Thirst' by @novelist_gina."] 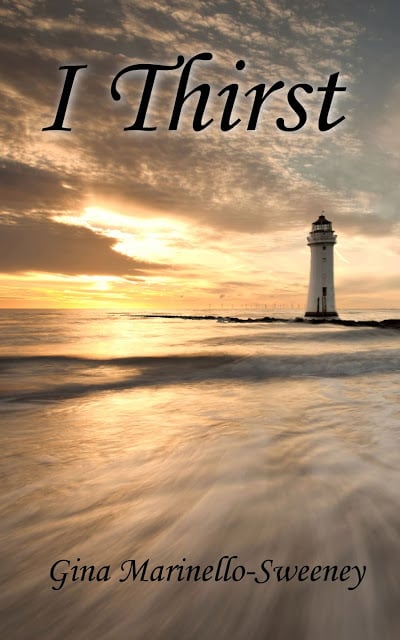 I Thirst and its sequel, The Rose and the Sword, are available in paperback, hardcover, and ebook formats through Amazon.com. The Veritas Chronicles are a contemporary young adult series. Classroom set discount and discussion questions available upon request.  Contact the author at gina@rivershorebooks.com or through the contact form at www.ginamarinellosweeney.com.

Buy these books through our Amazon links and support CatholicMom.com with your purchase! 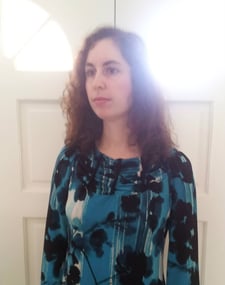 About the author: Gina Marinello-Sweeney has been writing ever since she was a little girl and turned her bedroom into a "library", complete with due date slips and a check-out stamp. As her own stories were "checked out" by family and friends, she dreamed of a day in which her stories would be available in public libraries worldwide. Her dream of publication came true in 2013. Gina is also an avid poet in both the English and Spanish languages. In her spare time, she enjoys producing videos, going to the beach, reading, and traveling. Gina lives in southern California. Visit her website at ginarmarinellosweeney.com and follow her on Facebook, and as @novelist_gina on Instagram and Twitter.