Penance Is Not Awesome 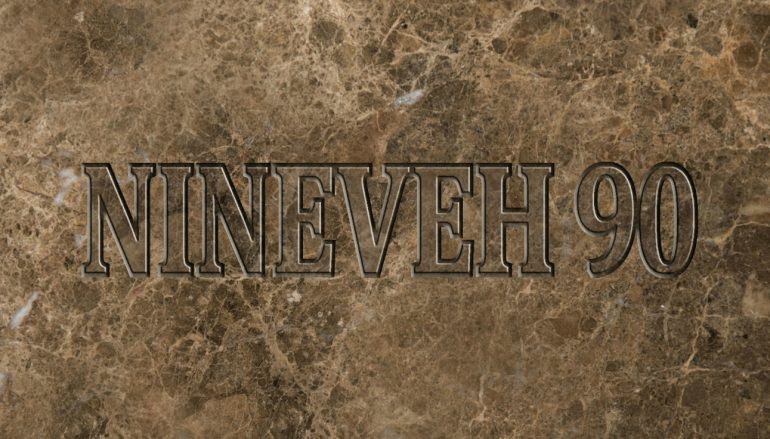 Via RomanCatholicMan.com. Used with permission. All rights reserved.

Consecration to Jesus Through Mary

This day is especially exciting because our daughter also will be graduating from Aquinas College in Nashville, Tennessee. The graduation ceremony will be held at the Cathedral of the Incarnation.

I am two-thirds of the way into another personal pilgrimage called Nineveh 90. This is headed up by Father Robert Heilman. On the last leg of the trip is the Consecration to Jesus through Mary -- the last 33 days of which will also end with consecration on May 13th.

The title of the pilgrimage takes its name from the Bible story about Jonah who was called by God the Father to prophesy to the people of Nineveh and warn them to repent of their sins and give God His due.

Within this past year, I have felt a stirring in my spirit to live a life of penance for my sins and for the salvation of souls. I’ve actually thought the word three times, “Penance, Penance, Penance.” Come to find out, this was revealed to Sister Lucia:

After the two parts which I have already explained, at the left of Our Lady and a little above, we saw an Angel with a flaming sword in his left hand; flashing, it gave out flames that looked as though they would set the world on fire; but they died out in contact with the splendour that Our Lady radiated towards him from her right hand: pointing to the earth with his right hand, the Angel cried out in a loud voice: ‘Penance, Penance, Penance!’

So even though Lent is over, my penance isn’t. This pilgrimage is very Marian-centered with a 54-Rosary Novena and all the bells and whistles of prayer that go along with what Father Heilman says: Penance, strictly speaking, is a choice for some superior good at the expense of denying oneself an inferior good.

It’s still paring-down time, no alcohol for ninety days, Rosary every day, daily Mass (if you can), Confession once a month, and wearing the brown scapular.

My husband has joined in on the Consecration to Jesus through Mary and is following the guidance of St. Louis De Montfort. When we were about to begin the consecration I asked if he’d like to join me. He said, “Yes, I’m probably ready.”

Then came his commitment to give up something that he would miss, something pleasurable that would cost him something. He gave up alcohol.

He has mentioned more than once, “Giving up alcohol is not awesome.”

We laugh. I think, “That’s exactly why you need to give it up. You enjoy it too much.”

In opposition to denying the self, denying the world, and what the demons espouse as king; feeding the flesh is our Blessed Mother Mary, nudging us with her gentle humility:

“Do whatever He tells you.”

I’ve noticed a purging going on with my husband. He’s uncomfortable in the evenings. I feel sorry for him. I ask St. Joseph to pray for him, to encourage him.

As for me, the alcohol is certainly a denial of the pleasurable, the sensory, but I feel a grace enabling me to abstain. Where I am challenged is fasting from food, especially sweets and chips, and eating between meals. I’ve not been purely successful. But when I have, I owe it to St. Maximilian Kolbe’s intercession. I speak to him, “St. Max, please pray for me. You know how to fast, since you were starved to death.”

We’ve taken to praying the Divine Mercy Chaplet at 3 PM about three times per week, together as a couple. We lift up each other, our children, and our extended family members. We lift up the sick, the drug addicted, the lost, and those close to death.

In humility, we recognize that as imperfect souls, we are always finding our way. There are degrees of being lost, I think. I look back and see how far I’ve come on this long journey towards Heaven. I’m a little closer, and a little less lost.

And though I practice penance for the salvation of souls, it is I who is being constantly converted.

In my weakness, Jesus is made strong.

Looking forward to May 13th.

It WILL be awesome.

Susan Anderson is a wife and mother of six. Becoming Catholic at age 33, she is an avid fan of Mary and keeps her sanity through rosary prayer. She helps Rob, her husband, at Cactus Game Design, provider of Bible based games and toys. Her book, Paul’s Prayers, is about her oldest autistic son, which will be published March 6, 2018. To pre-order: http://goodbooks.com/titles/13642-9781680993479-pauls-prayers Her website: www.SusanAndersonwrites.com