We can grow from fear

Parents listen to their children, but often make decisions on their behalf. My 11-year-old, long wise to this game, would often point out in her practical way, “Why do you ask me for input if you are going to be the one to make the decision anyway?”

When it comes to facing fear, how do we know if we are pushing them too far? 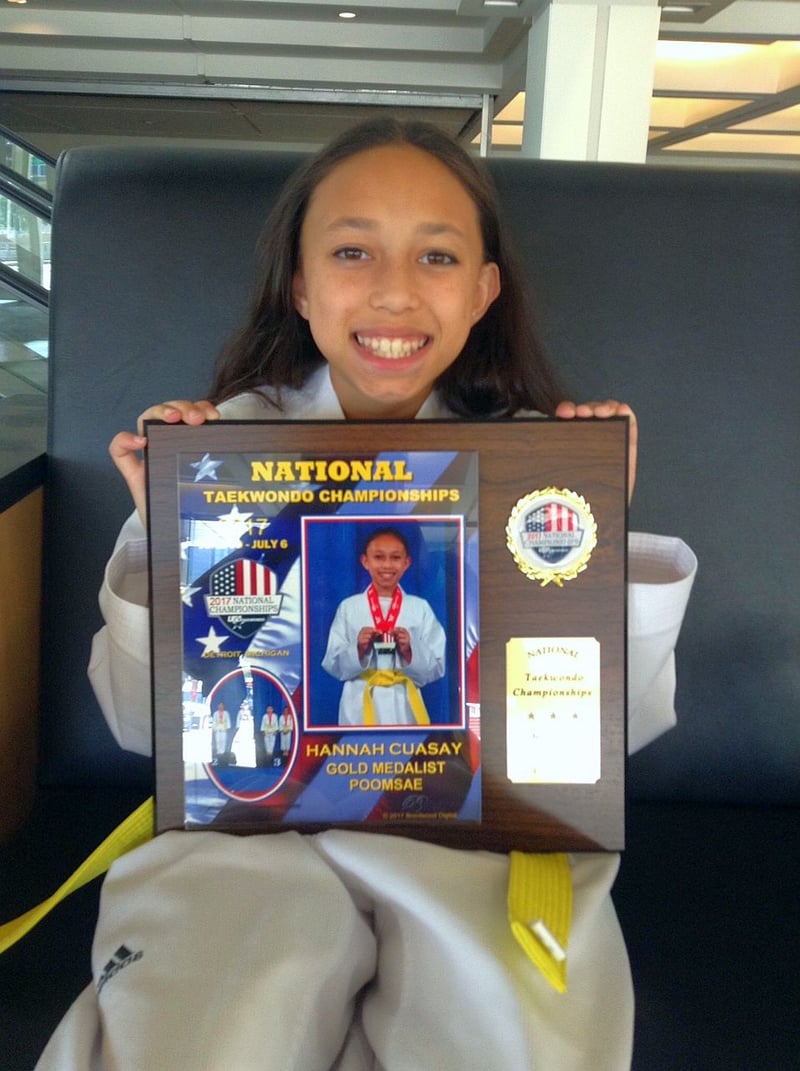 My family just got back from a 1600-mile road trip. The trip took us to Hannah’s first Tae Kwon Do National Tournament in Detroit. Next, we went to Toronto to visit cousins. Finally, we drove to NY to celebrate a surprise birthday party for her grandpa. My daughter cried twice on this road trip. But it wasn’t because of TKD.

In Toronto, I took Hannah to a water park with her baby cousin, an uncle and an aunt. We had a good time. But we did end up taking Hannah on a ride that was too much for her. She cried the whole way down and needed a good amount of time to recover.

Looking back, I wondered if I had pushed her too far. As we walked up and up the winding staircase, she stopped about halfway. She planted her feet and said she didn’t want to do this. We coaxed her; she followed along.

Then she stopped again. She asked if she had to do this. I told her no, but also explained that like her piano recital, this was the kind of experience that it was OK to be nervous. Afterwards, she could look back and say, “I did it, it wasn’t so bad.” She pressed on.

Near the top she again stopped. She asked, “Is this something I NEED to do?” I said no, but that this was an opportunity in a safe environment to try something new. She didn’t seem convinced. In fact, she protested the last flight of stairs and was visibly distraught by the time we got into the raft to ride down.

I will always remember her scream as we plummeted several feet into the dark. I had taken her to a place she did not want to be. And she had told me exactly that several times.

Afterward, she held on to me like a little child and I talked softly into her ear. I apologized for making her do something she did not want to do. We were sorry it made her cry. It was over now and we were safe. I confessed that as a parent it isn’t always clear how hard to push. I told her as an adult, I often take those kinds of risks. I myself don’t know if I can handle the amusement rides she wants to go on. In fact, most roller coasters she wants to do, I do not. Perhaps as an adult, I have more experiences so I recover faster or don’t cry. Finally, I asked her if she was mad at me or her uncle and she said no.

[tweet "For parents it isn’t always clear how hard to push. #fear by @tribeplatypus"]

After she had time to process, she returned to her analytical self. We talked about the other rides she rode, what she liked about them, what she didn’t. Who knows what would have happened if she had been with a group of her cousins instead.

That was probably the longest conversation I had with my kid our entire road trip. And it was the most meaningful. She was through the experience. It wasn’t bigger than her now, she had grown from it.

In the face of fear, fear often is the more powerful force. How does one discern which fears to face?

God, who has faced down Death, remind us that our daily fears, which seem greater are often the moments that help us grow stronger. Remind us of the strength parents endure beside a child in fear and at what cost. This you already know too.

Should Children Be Baptized Without Their Parents Knowledge?
Read
Our Children
Read
Letting Go of Supermom
Read