What a Buddhist Boy Taught Us about Being Christian 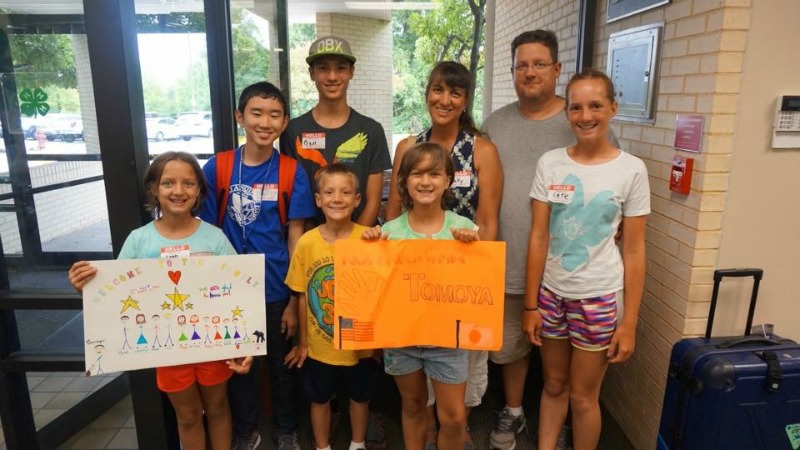 This summer, my family had the wonderful opportunity to host a 14-year-old boy from Japan.

When I was asked to host this child, I knew I had to talk first with my son who would have to take on most of the responsibilities as host brother since he was closest in age. Ben would have to share his room, guide and communicate daily with Tomoya, and do most of the entertaining. No doubt my other children would be eager to help, but most of Tomoya's time here would be spent with Ben.

Not surprisingly, Ben was not as excited to host as the other children were. I told him that we wouldn't do it if he really did not want to; however, I asked him to pray about it first. "After all," I reminded him, "Jesus said, 'I was a stranger and you welcomed me...for whenever you did it for the least of my brethren you did it for me.'"

I know, I know! Maybe it is not fair to pull the Jesus card on a 14-year-old boy. I'll defend myself this way: 1) as he is growing into a young man, he has to learn to consider Jesus' words in every decision he makes, and 2) it worked.

I will admit that I myself was excited about not only showing Tomoya what living in America is like but also experience living in a Christian family. Like most people in Japan, he and his family are Buddhist. I shared with my children how we would be the light of Christ for Tomoya. We would have the wonderful opportunity to share not only our home, but also the love of God with him.

As noble of a desire this is, God has a way of humbling even our most noble desires!

While my children all scattered after meals, Tomoya was looking on the chore chart to see what kitchen chore he had. He was dutifully wiping the table and chairs or sweeping the floor while I was hollering for my own children to come do their jobs. He was helping Ben clean the boys' bedroom while the girls were fighting over who had to vacuum and who needed to clean the closet. The boys had a clean room; the girls' task ended with tears. So much for good example, huh?

It seemed that Tomoya could teach my children about honoring thy mother and father. In helping Ben clean, he was the one loving his neighbor. I couldn't help but to think that Tomoya was a better Christian than my own children.

Obviously, though, one has to follow Christ in order to be a Christian. Tomoya did his chores and helped around the house not out of love for God, but out of respect for me.

More than a religious motive, Tomoya's actions were the result of cultural upbringing. In Japan, children are expected to respect their elders. We have lost that respect in our own country. In Japan, one's own desires and wants are subjugated to the good of the whole. In America, we value independence to the point now where the whole must bow to the desires of individuals.

While the United States of America is a Judeo-Christian nation, I fear that it has lost some of its Christians values, like self-sacrifice, honor and respect. It is possible, I humbly learned, for other non-Christian nations to have values and virtues that we would do well to imitate, though for love of God, of course.

I am proud of Ben for making the right decision. Welcoming Tomoya into our home has not only provided the young foreigner with a wonderful opportunity to experience our culture, but we were, likewise, able to learn a lot from his culture, too.

Here is a list of a few other things we learned:

On a more spiritual note, we learned:

God has given Kelly lots of wonderful opportunities to follow Him. She was a Dominican Sister of St. Cecilia in Nashville, an education coordinator for a Catholic Charities' program for pregnant teens, a middle school teacher, a director of religious education and is now a youth minister. Her most challenging and rewarding calling, though, is wife and mother of ten children. What she has learned, she blogs at CatholicMom.com.