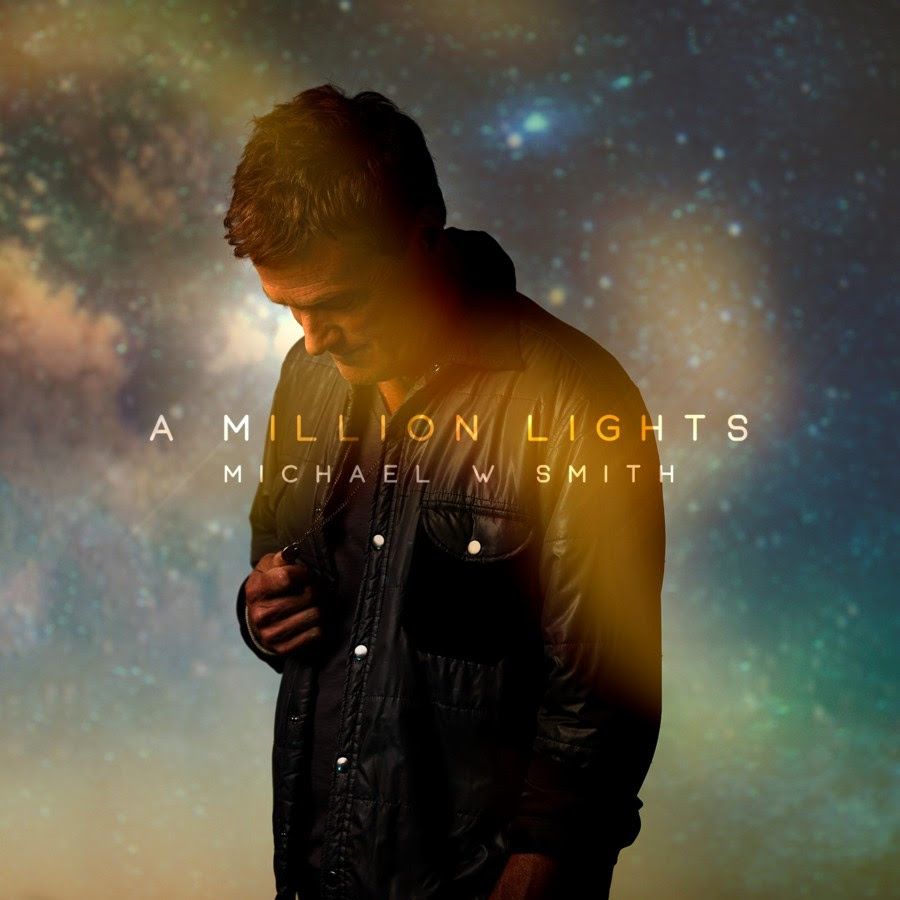 Multi-Platinum, GRAMMY® and Dove Award winner Michael W. Smith releases his first new song in three years, “A Million Lights,” today from Rocketown Records and The Fuel Music. World premiering last month on SiriusXM The Message and going for adds now at Christian radio everywhere, the song is available to download or stream at outlets like iTunes,Amazon.com, Apple Music, Spotify and other digital providers internationally.

“I don’t recall being this excited about a single in a long time,” says Smith. “I’m very happy with how ‘A Million Lights’ has turned out and am anxious to get it from my studio out into the world! I believe the message of this song will be inspiring to everyone who hears it.”

With multiple sellout crowds experiencing the song live on Smith’s 20-city Revolution Tour this past spring, “A Million Lights” is also the first new song to be revealed from his upcoming, full-length studio album that is in production now. Slated to release early next year, the new album (title to be announced) will release from Smith’s Rocketown Records, as well as through his newly formed marketing and distribution alliance with The Fuel Music.

Fans who heard “A Million Lights” on SiriusXM and on the recent tour are also responding to this new music on Smith’s Facebook page: “It’s a whole new level of greatness!” exclaims Catherine as Stephanie agrees, “Love this new song…I can't wait to hear it again.” “I loved it live,” adds Ken while Jo Ann exclaims, “Wow! I love your new song. It's beautiful! I'm so glad I was tuned into The Message.” Laura relates, “You and your music are such a blessing to this world!” and Sam says, “Great Song! Woke the House up with it this morning.”

For all the latest Michael W. Smith news, tour dates (including his upcoming 22-city 2017 Christmas tour with Amy Grant and Jordan Smith) and more, go to www.michaelwsmith.com and connect through his socials: Twitter, Facebook, Instagram and YouTube.

About Michael W. Smith:
Michael W. Smith is an acclaimed singer, songwriter and musician who has sold more than 15 million albums, achieved 32 No. 1 songs, received 2x RIAA Multi-Platinum, 6 Platinum and 16 Gold certified albums, earned three GRAMMY® Awards, one American Music Award and 45 Dove Awards. Amassing an in-depth catalog of achievements, Smith was honored at ASCAP’s 100th Anniversary for his groundbreaking career and significant influence in music. He performed at Former First Lady Barbara Bush’s 90th birthday celebration, had the privilege to join Former President Clinton, U.S. Secretary of Homeland Security Jeh Johnson and others in remembering victims in the 20th Anniversary of the Oklahoma City attacks, was appointed by the White House as Vice Chair for the President’s Council on service and civic participation and was the featured performer at the 2015 USO Gala where he was recognized as a USO veteran. In addition to the international impact he has had through multiple global tours, he has written and composed various scored film projects, has authored 12 books, has acted in assorted motion pictures and has been featured by numerous national media outlets. He founded, and actively supports, the teen club Rocketown – a nonprofit outreach for teens, providing opportunities in arts, music, sports and mentoring programs. This year also marks his 26th anniversary in partnership with Compassion International, seeing more than seventy thousand families’ and children’s lives changed, around the world.

About The Fuel Music:

Established in 2008, The Fuel Music & Management, LLC, is a leading artist management and artist solutions company that independently distributes music internationally. Based in Tennessee, the Fuel team brings nearly 70 years of combined music industry experience in record label operations, major label distribution and marketing, and artist management for artists ranging from upstart bands to GRAMMY Award nominated, multi-platinum artists. More information on the company can be found at www.thefuelmusic.com.