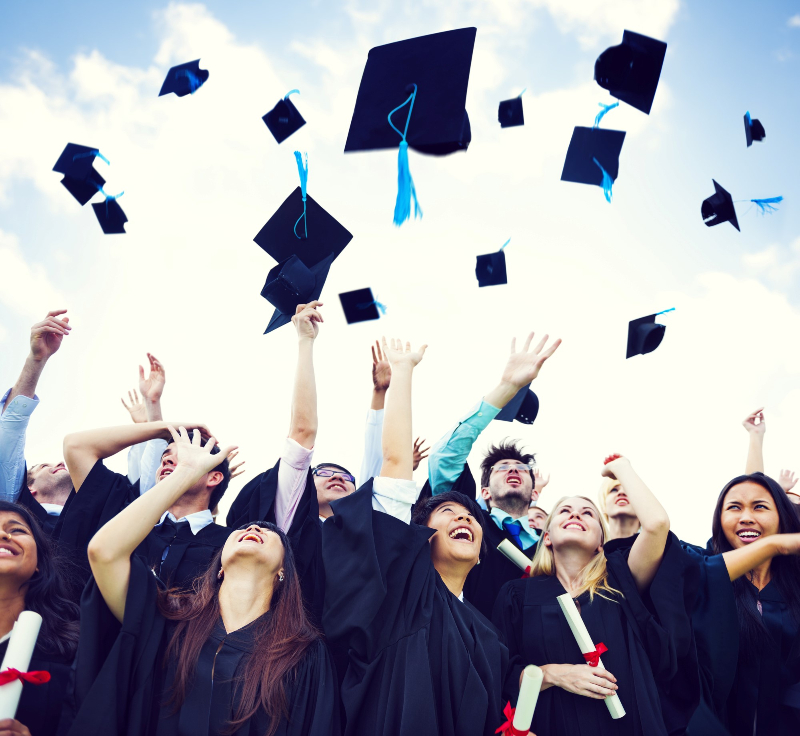 It’s a trend right now on Facebook for people to share their own senior pictures from high school in support of the senior class of 2020.* Kids in the senior class this year are really missing a lot of the traditions and honors that go with finishing 13 years of formal education. Because of the coronavirus, the kids in school have not seen their friends in over a month. Their sports seasons, plays, concerts and other activities have been cancelled. Even big events like prom and graduation are just not happening this year.

It's not only the high school seniors that are missing these memorable events. My son is a college senior. He has earned two degrees and would have walked the stage with all kinds of cords and honors. He’ll have to settle for his degrees coming in the mail sometime after the first of May, although his college’s dean did invite any of the graduates to return for commencement at their 5-year reunion. Somehow, that just doesn’t have the same appeal.

Younger kids are also missing out. My high-school freshman was hoping to increase her speed and skill in track this season. Instead she runs with her brother, trying to inspire and encourage herself. She does it, but it’s not the same as running with her teammates. She’s also continuing to practice her piano every day, but it’s hard to be motivated when there’s no concert or event on the calendar.

Even my 6-year-old granddaughter misses playing with her friends, going to Sunday school and Mass, and singing with her little kids’ choir. She’s not sure why all of that got cancelled when she doesn’t feel sick.

Now as a seasoned adult, I look at all of this with empathy and a little sorrow, but some other adults have looked at this with a touch of scorn.

“They need to get over it. People are dying!” said one.

“It’s time to get their priorities straight," said another.

I often have said to my kids in the past after some small tragedy or another that “If this is the worst thing that ever happens to you in your life, you will have had a truly blessed life.” That usually doesn’t help them, but it makes me feel somewhat better, because I know what lies ahead. I know that life includes a series of hard resets including illness, loss and struggle. I know that, because I’ve experienced it. But they haven’t yet. They don’t know what it’s like to be at the deathbed of a dying loved one, or face foreclosure on a home, or face a serious illness.

When I was 10 years old, I had a beautiful black fluffy cat named Shadow. She wasn’t allowed to come into the house, but every day I would meet her at the back door and let her in for a couple of hours and then take her up to the barn. One day, she quit coming and I became very, very worried about her. About a week after she went missing, my grandfather said he wanted to show me something. He took me to a little place under a maple tree on our farm where he had erected a little white cross and with little stones placed around the outline of a small grave. Shadow had been hit but a car, and no one wanted to tell me. My folks hoped I would just forget. But instead, my grandpa made this nice grave for her and then let me have a chance to grieve and mourn my loss.

That memory of that little cross stays with me all these decades later. That first experience with loss and grief helped me a few years later when I had to deal with larger crosses like the deaths of my grandparents and parents. Because I had already dealt with loss and grief as a kid, I was better able to deal with bigger losses like the loss of jobs, friendships and even places. That experience taught me much and I was able to tap into that and even refine my reactions as my crosses grew larger and became more adult-sized.

[tweet "Our youth are losing a lot this spring. How how we deal with their loss, with kindness and empathy, will help them when the crosses become bigger and harder to bear. By @elenalavictoire"]

Our youth are losing a lot this spring. It may not seem like a big deal to many of us who are just trying to negotiate the shutdown of our nation. But how we deal with their loss, with kindness and empathy, will help them in the years to come when the crosses become bigger and harder to bear. In this time right after Divine Mercy Sunday, let’s show them some mercy and let them grieve their losses by coming along side and grieving with them. This coronavirus thing will pass. Maybe the memory of compassion and understanding will last a lifetime.

*Note: The Better Business Bureau discourages the practice of sharing senior photos on Facebook as it can lead to identity theft.