There's Only One Way to Hand-Wash Dishes 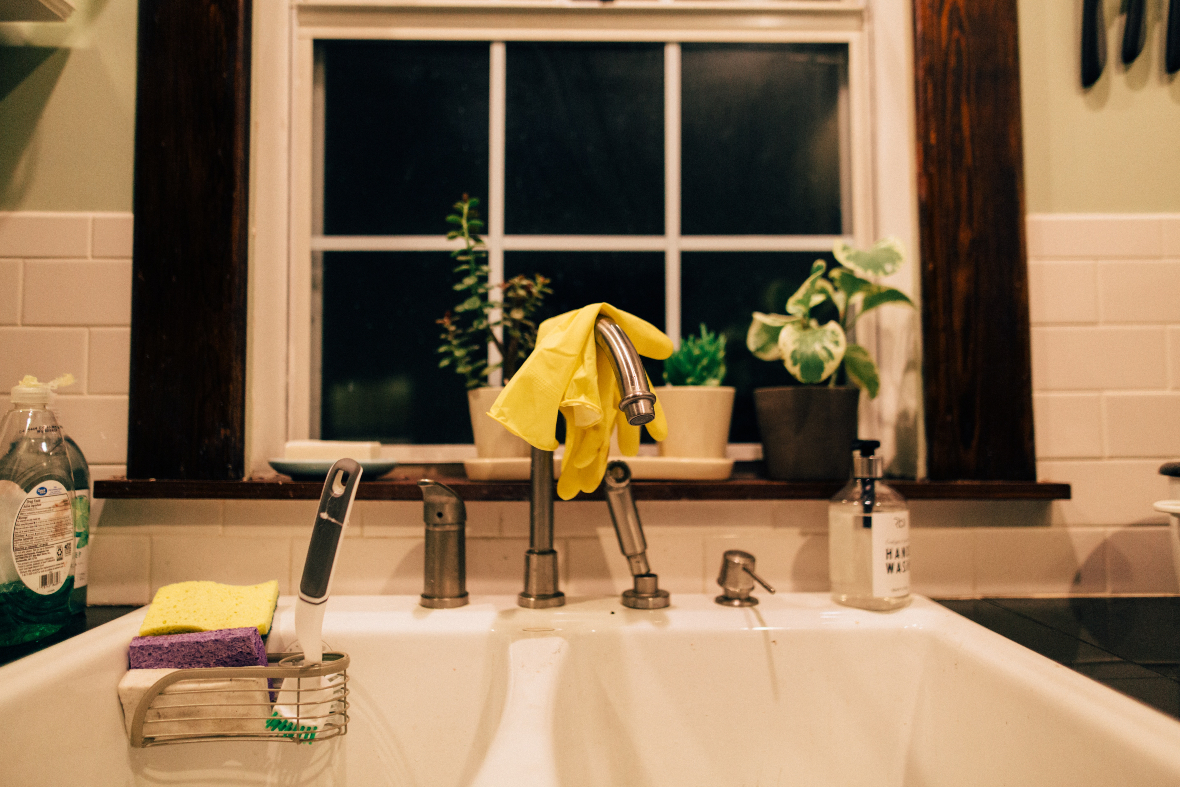 Now, I know this is a first-world problem and, therefore it's not a problem at all. But, it's my third dishwasher to break in ten years.

I'm going through dishwashers like Elizabeth Taylor went through husbands.

Overnight, it became a glorified dish rack. I would fill it up with clean dishes to dry so they weren't all over the counter. The next morning, I would empty it like I did when the dishwasher worked. For a while, I was fooling myself into thinking that I wasn't wasting as much as time as I was because hand-washing dishes takes about an hour plus forever.

This dishwasher was beyond repair. It had been slowly rusting inside for a while, and I never really considered that the rusty parts would eventually flake off into the drain, and there would be the problem. It's little things like this that you overlook after you have kids. You don't think, "Hmmm that rust is no good for the inner-workings of the dishwasher, I better clean it out." You're too busy thinking, "Why is there a baby sock in the garbage disposal?" Then your cat throws up on the floor and you have to rush to clean it before the baby rolls in it. By then, you have completely forgotten about the dishwasher rust because someone got shampoo in their eye and someone else got the hairbrush tangled in their matted-knot nest that was hair only 25 minutes before.

Since the dishwasher could no longer be fixed and had to be replaced, washing the dishes by hand became something that just had to be done. The more I hated it, the worse of a chore it was, and the bigger my internal tantrum was. I would wait for everyone to leave the kitchen, then throw my arms around and huff and puff at the prospect of the daunting task that was the dishes.

Obviously, this was very effective in getting the dishes to do themselves.

One evening I remembered this is supposed to be my year of humility. I started thinking that maybe that's what this was about — learning to do my job for the sake of getting the job done. I decided that maybe I should try and do the dishes and stop fighting it.

[tweet "Maybe that's what humility is about: learning to do my job for the sake of getting the job done."]

So, I accepted the challenge of embracing this thing I hated doing.

After three weeks of daily irritation, I managed to succeed in not complaining every four seconds to my husband. This is a pretty big win for me because complaining is my best trait. I wear it proudly like a medal that I say is too heavy and too big. Complaining is how I get a lot of what I want to be done because no one wants to hear it.

One evening, I looked at the heap of dishes in the sink and realized three things had happened while I was giving the kids a bath:

All that there was left to do was the dishes.

This became a regular thing and something completely unexpected.

It's been almost two months and I've found a new perspective in hand washing the dishes. Not because I've learned to like doing the dishes. I most certainly have not, and if anyone tells you otherwise, they're lying.

I joke that it's penance for past sins and I hope that it's time served off my purgatory sentence.

I've learned that doing the dishes is forced downtime. It's usually just me in the kitchen, so it's quiet. It's zen work. Mindless. A chance to work through my day and use the time to check out or check-in. Whatever. It's forced time to slow down and requires no thinking. Even if I want to rush through them, I can't because there's only one way to hand-wash dishes, and that's one dish at a time.

When I prayed for humility in 2020, I expected bigger things. Not my dishwasher to break. But, you know, God has a funny way of putting us in our place. Since my dishwasher broke, I've had that time to stop and think about my day, my kids, and realize that I'm not above washing my own dishes. I'm not in a position to need a dishwasher when I have two hands and arms that work just fine.

As I said, it's a first-world problem, and therefore, not a problem at all.

It's mindless, zen work and gives me a mental break.

It forces me to slow down.

At least until I hear the cat throw up.

Me: "And here I thought a broken dishwasher was the worst thing ever and my biggest challenge for 2020. I said, 'I can't possibly have anything more humbling happen this year than hand-washing my own dishes.' And God said, 'Hold my beer.'"

CatholicMom editor: "Never, EVER give God an opportunity to ask you to hold His beer."

Christina Antus lives with her husband, cat, and four noisy kids. When she's not wrapped up in her favorite fluffy robe writing, she's running, reading, folding forever-piles of laundry, and probably burning dinner. She can occasionally be found hiding in her closet eating candy. Christina blogs at HousewifeRunning.com. Follow her on Instagram at @housewife.running.

St. Benedict’s 12 Degrees of Humility: The Fifth Degree
Read
What I learned about half-empty glasses (by handwashing them)
Read
Annunciation: Humility by Cassandra Poppe
Read