Things I Wonder When I Read the Bible

There are lots of things that occur in my brain that I don’t ever write about or talk about simply because they are weird. I am often reminded of this when I am reading Scripture and have a random, quirky thought pop into my head about something I’ve read. Don’t get me wrong, when I sit to read the Gospels, I intend on getting to know Jesus better and deepening my relationship with Him. But sometimes I read a passage and peculiar things stick out to me. I have decided to share a couple of these weird thoughts because let’s face it, I’m bored and maybe you are too.

Luke 19:1-5 describes the encounter that Jesus had with Zacchaeus the tax collector who wanted to see Jesus -- but he was too short, so he climbed a tree. Obviously, this story is rich with important lessons about seeking Jesus no matter what obstacles we may face and being changed by our encounter with the Lord. After all, Zacchaeus, immediately detached himself from his wealth and made right the wrongs he had done to people after Jesus called him down from the sycamore tree. He literally made monetary repayment to the victims of his crimes but more importantly, Zacchaeus repented and followed Jesus.

But my initial thought was this: Didn’t people wonder how Jesus knew the guy's name? If I had been standing there, that’s the first thing I would have wondered! I mean, Jesus is walking along and looks up at a guy in a tree and calls him by name. The author continues to explain that the people griped because Jesus was going to the home of a sinner. Why were these people focusing on that when Jesus looked in a tree and called a person by name?

One of the accounts of the Transfiguration of Jesus is in Matthew 17:1-8. The Transfiguration is the beautiful story of Peter, James, and John accompanying Jesus to a mountain when suddenly Jesus “was transfigured before them; his face shone like the sun and his clothes became white as light.” There the apostles saw Jesus, Moses, and Elijah “conversing” and heard the proclamation again (like during the Baptism of Jesus) that He was God’s beloved Son. They heard the voice of God come from heaven and the Father set Jesus apart from the prophets of old. This was a huge moment for the Apostles! Peter was so overwhelmed that he wanted to build tents for Jesus, Moses, and Elijah, which is reminiscent of the booths built for the Feast of Tabernacles.

But what I want to know is, what were Jesus, Moses, and Elijah conversing about? The gospel doesn’t just say they all appeared together; it specifically says they’re chatting! What are they saying to each other? Was Moses checking on the Israelites and asking if they still had the tablets with the commandments? Was Elijah telling Jesus how proud he was of the job John the Baptist did? Were they giving Jesus a pep talk or just catching up on things? And more importantly, why didn’t Peter, James, and John ask these questions so we’d have the answers?

So that’s it for my first and possibly my last installment of Weird Bible Thoughts! Depending on how long this lockdown lasts, I may share more or maybe you’ll share some of your own in the comments! It could be a nice distraction, which would be heavenly now. 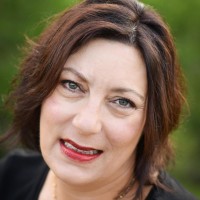 Michelle Jones Schroeder is a married mom of two who lives in Baton Rouge, Louisiana. She loves St. Pio of Pietrelcina, '80s music, and her family and friends. Michelle’s the author of The Handy Little Guide Series (Adoration and Confession) for OSV.

I Wish I’d Read This Book on Raising Catholic Kids Sooner, But I’m So Glad I’m Doing It Now
Read
Why I Trashed the Scale
Read
Restoring Wonder in the Classroom
Read