The Power of a Novena 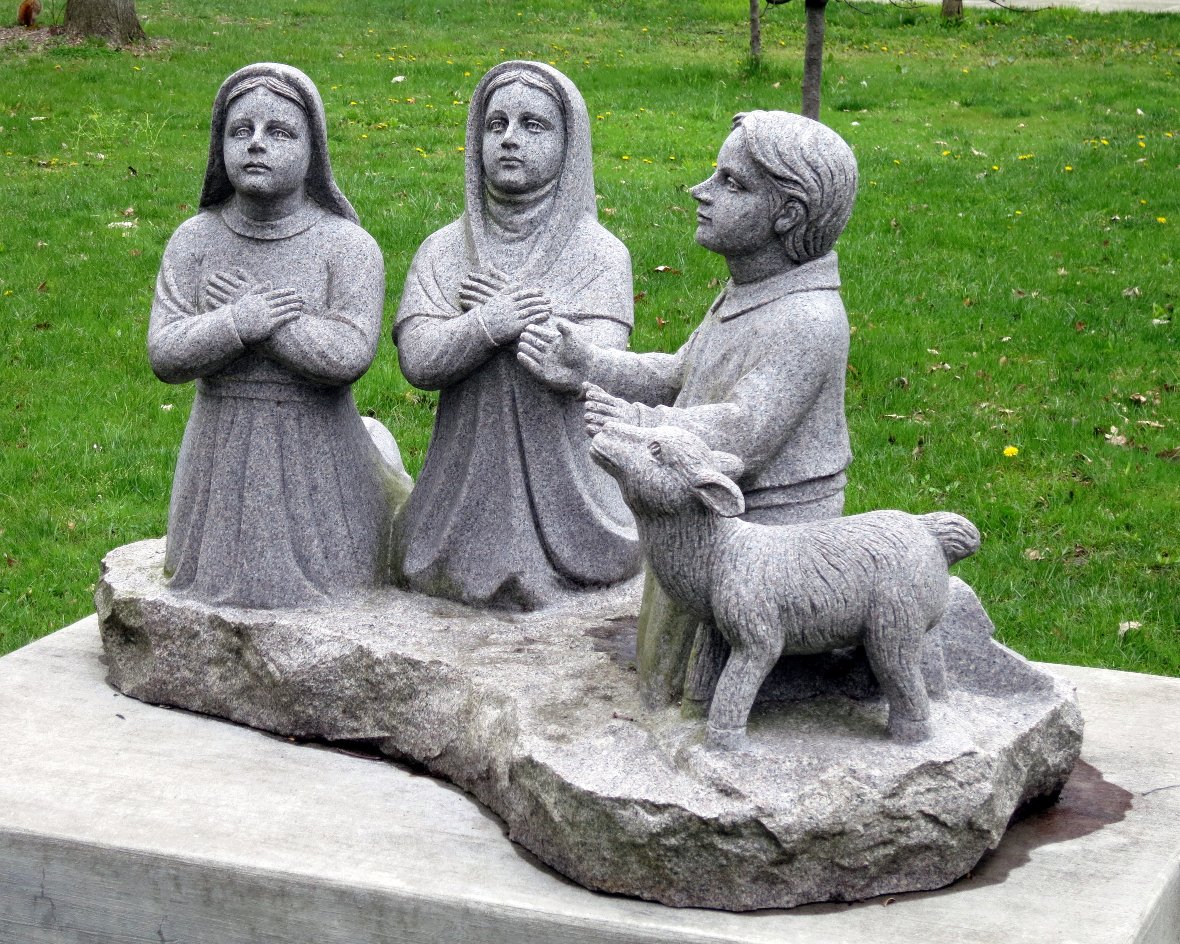 On May 13, 1917, three children guided a flock of sheep up to a pasture in Fatima, Portugal. On this spring day the sky was bright blue without a cloud in the sky. At the tender age of ten, Lucia dos Santos had responsibility for the sheep and her younger cousins Jacinta and Francisco Marto. Lucia breathed deeply of the warm air. She watched Francisco search for snakes in the tall grass. Jacinta danced in the sunshine, light as a butterfly. Suddenly a bolt of lightning flashed across the sky. Although no clouds appeared, Lucia feared that a thunderstorm was bearing down on them. She prepared to gather up the flock and guide her cousins home to safety.

Lucia took one step and looked up at a small tree. Atop the tree stood a lady dressed in white, her robes more brilliant than stars twinkling in the firmament. From that day forward, May 13th became famous in Church history, the start of six apparitions of Our Lady of the Rosary, filled with messages of hope and warnings for our world.

Unknown to the children of Fatima, these appearances came as an answer to prayers by Pope Benedict XV (1914-22). On that fateful day, as the children fell under the dazzling light of the Blessed Mother, Pope Benedict XV was on his knees paying a novena for peace in a world ravaged by war. Pope Benedict called World War I “the suicide of civilized Europe.” May 13 was the eighth day of his novena. Benedict’s novena began after his urgent pleas to world powers fell on deaf ears.

On the Feast of All Saints in the year 1914, Pope Benedict XV issued an encyclical in which he wrote “day by day the earth is drenched with newly shed blood and is covered with bodies of the wounded and the dead.” He begged for “peace on earth to men of good will.” War raged on. In 1914, he called for a Christmas peace. His call was ignored.

Three years later, Benedict looked at his failed diplomatic efforts. Known for his devotion to the Blessed Mother, the pope decided it was time to turn in great earnest to Mary for heavenly assistance. On May 5,1917, Benedict began a novena to Mary, Queen of Peace. Eight days later, Our Lady appeared at Fatima. One expert on Fatima, the late Father Andrew Apostoli, believed that Our Lady responded to Pope Benedict’s prayers, to his heartfelt novena.

[tweet "One of the few voices for peace during that terrible time, Pope Benedict XV put his trust in Our Lord and the Blessed Mother. By @kswegart"]

Let us learn from Pope Benedict XV about the power of a novena. One of the few voices for peace during that terrible time, he put his trust in Our Lord and the Blessed Mother. And so must we do the same as we struggle through the turbulent waters of life.

Motherhood: Gifting Ourselves and Others
Read
Babynaming in the time of coronavirus
Read
Longing for the Eucharist
Read