We’ve been living in an era when everyone, young and old alike, is having to face big issues, and this week’s crop of “Catholic Central” episodes is no different. We give you the opportunity to sit with the young and wrestle with questions about war, making choices, difficult Scripture passages, the contrast between faith and reason, and … feminism.

Most people who go to war feel justified – at least from their own perspectives (although the folks on the other side may have a different viewpoint).

Is war ever the answer? What’s the Catholic approach to thinking about it? When is it justified? In “Catholic Central: Just War,” Kai and Libby break down the things a conflict needs in order to be considered just, and some of the things that all of us need to take into account.

[tweet "The hosts of @CatholicC_TV break down the things a conflict needs in order to be considered just, and some of the things that all of us need to take into account."]

Think about a conflict you’ve either seen between others or experienced yourself. How could the conflict have been avoided? What was the resolution? Would you say that in the end the parties involved achieved true peace and “right relationship”? What could have been done differently, on either side? Make a list of things you can do when conflict arises in the future in order to have real justice in the end.

Read Matthew 8:5-13, about Jesus healing of the centurion’s servant. Notice that the centurion’s profession of soldiering, while seemingly contrary to Jesus example of non-violence from the Cross, nevertheless, does not preclude the centurion from a life of faith. How might we see Jesus’ primary purpose as increasing faith in Him and that morality is something distilled later after being initiated into the Faith? 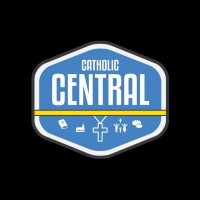