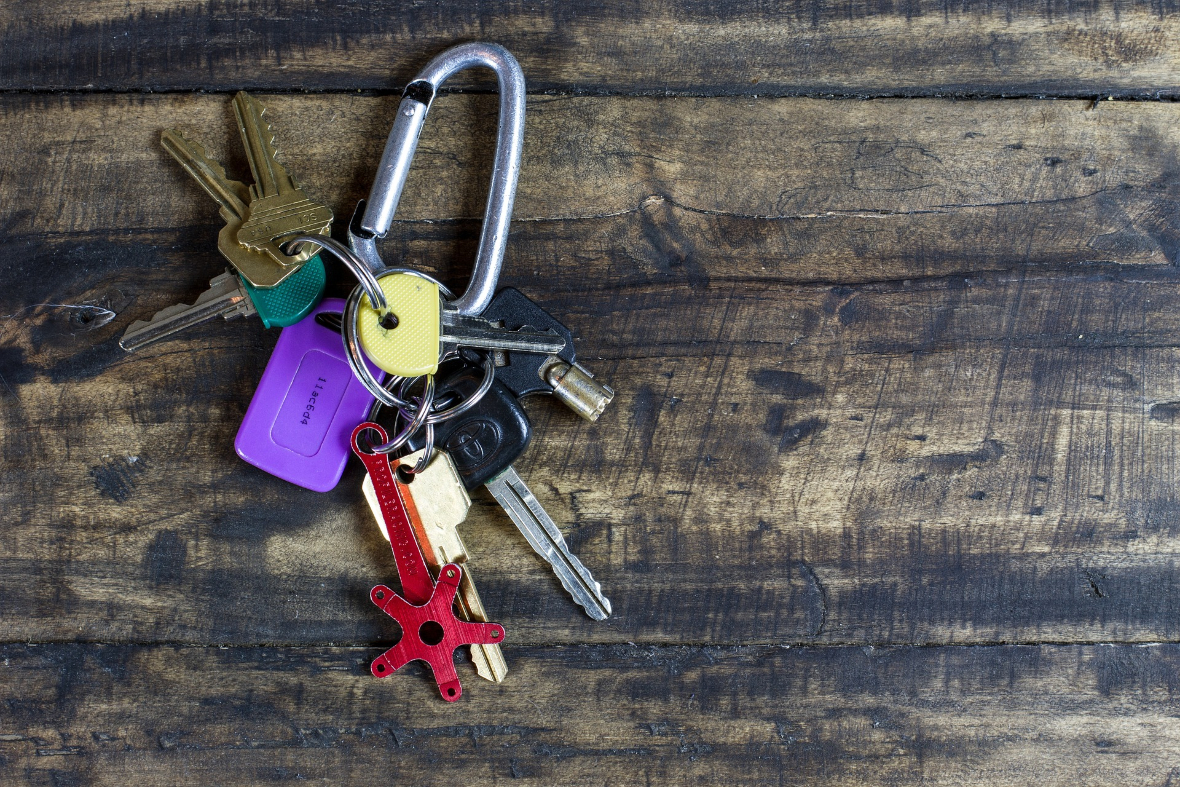 When I was 4 years old, my parents discovered I was a creature of habit.

I mean, they probably had a clue prior to that moment, but it was cemented on a spring day in 1982.

My parents were ready for a vehicle trade-in, so they drove it (and me, of course) to the dealership to haggle it out. But I loved that car. It was the only car I’d ever ridden in. Anyone who took that car would have to pry it out of my chubby, vise-grip toddler fingers.

And that’s when I took the keys.

And climbed in the car. And locked the doors from the inside. And perched on the center console like some rotund, childish gargoyle.

And refused to let anyone in.

My parents were not amused.

Nearly four decades later, there is still a large part of me clinging to the familiarity of habit and routine. I eat at the same time. I write at the same time. I work out, school the kids, and do the laundry on roughly the same sort of schedule. If anything throws me off, my husband and kids can attest that you better take cover.

So yes, I am a creature of habit.

And no, not all of my habits are good.

Good Habits, Bad Habits, and the Impact of Original Sin

That humanity maintains an innate desire for order and structure isn’t a new assertion, nor is it a negative aspect of who we are. We were created by a God who brought order from chaos. The inclination is imprinted on our hearts. But like most things in life, there’s a kicker, and it’s called original sin. Our fallen nature clouds our judgment and distorts the beauty of that order.

Before you know it, we’re clinging to those patterns of behavior like a certain four-year-old with a forbidden set of keys.

Healthy habits, virtuous habits (Rule of St. Benedict, anyone?) lead us closer to the women God calls us to become.

Negative habits - vices - drag us away fro the arms of the Father. They lead to feelings of self-deprecation, frustration, anger, desperation, and fear.

Clearly, the answer to this problem is to drop our vices like a hot potato, but our vices like to hang on. Habits are like geological formations in that they take time to grow and develop. To make matters worse, they tend to take twice as much time to dismantle as they did to form.

[tweet "Bad habits and vices can be broken and replaced with more virtuous habits and thoughts. By @ginny_kochis"]

But there is good news: bad habits and vices can be broken and replaced with more virtuous habits and thoughts. It takes time because you are retraining your brain to form more desirable neural pathways.

I’ve outlined some strategies for this below:

Good News for Creatures of Habit

Like me, you may be a creature of habit. You may even have gone so far as to hold your parents’ car hostage at the ripe old age of four. But you are not a slave to the flesh, nor are you doomed to wander the corridors of vice indefinitely.

You can break bad habits and replace them with new ones. It’s just going to take a little time.

Virtue Is a Habit: You Are What You Eat
Read
Virtues and Vices
Read
Catholic Central: Virtues
Read