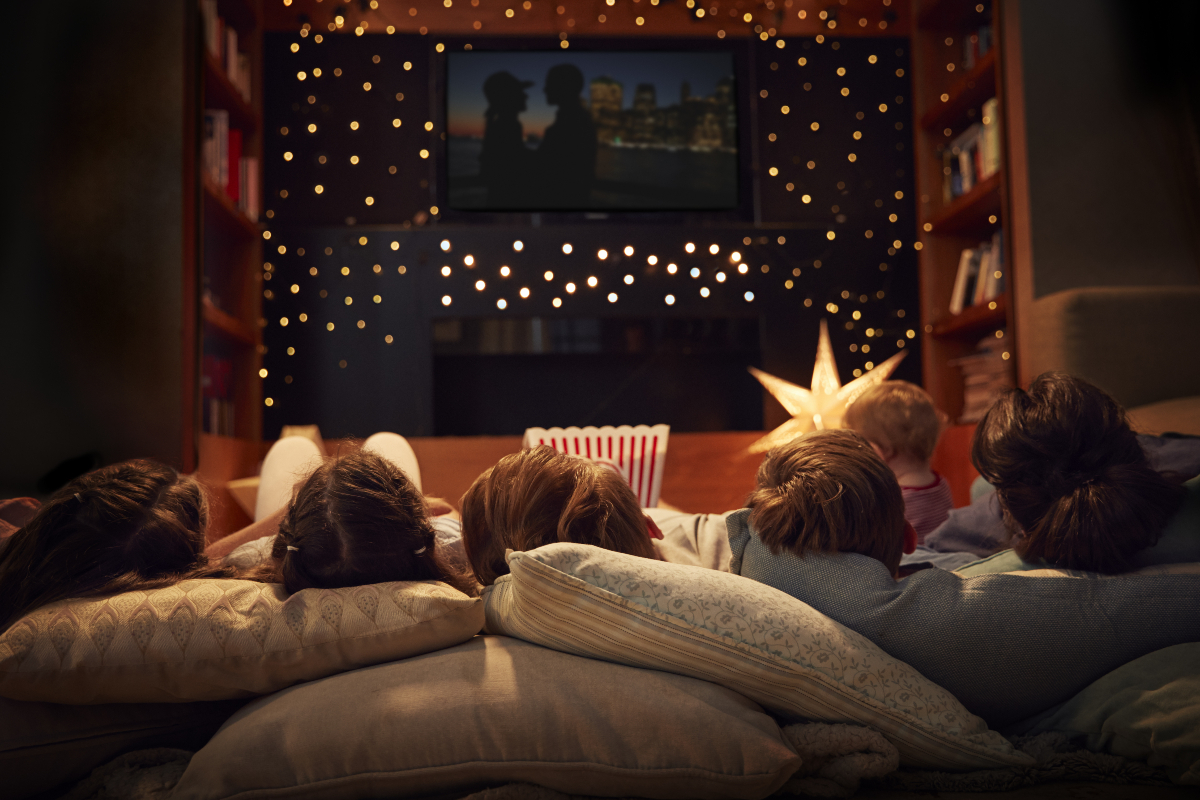 Image: Adobe Stock. Licensed for use by Family Theater Productions.[/caption]

I’ve lived most of my life in a home where my entertainment choices were dictated by the men with whom I watch television. This means that as a wife who's been married for almost 34 years, and a mom of two now-grown sons, my knowledge of programming such as Frozen, Dora the Explorer, and the Gilmore Girls is woefully inadequate. Ask me about our family’s favorite viewing options over the years and I automatically have a “boy mom” bias. That being said, I’d stand by any of the following as some great family-friendly favorites that have stood the test of time.

That Thing You Do

Families' favorite movies can often be guessed by movie-related phrases that have become part of a home’s popular lexicon. For our family, one of our most-quoted films is writer-director Tom Hanks’ 1996 classic That Thing You Do.

Ours is a home of musicians, so everything about the story of an upcoming band of “one hit wonders” entranced us from our first viewing. We can sing every song, we love Hanks as heavy-handed producer Mr. White, and we cry happy tears every time we see jazz aficionado Guy Patterson (Tom Everett Scott) finally realize he’s really in love with Faye Dolan (Liv Tyler).

Rated PG for some language, the film shows the arc of dreams come true overnight and what really matters most in life.

Maybe you’re noticing a trend here with family movies about musicians. While it actually has several young actors, School of Rock’s edgier humor makes it more a choice for older children. Jack Black stars as Dewey Finn, an accidental substitute teacher who really just wants to be a rock star. “Mr. Schneebly,” as Finn is called at the school, doesn’t teach actual subjects like math, but instead fashions his overzealous students into a rock 'n roll band to attain his goal of winning battle of the bands. Surprisingly, the students learn a thing or two along the way!

Rated PG-13 for some rude humor and drug references, School of Rock has an edge but also lots of laughs and life lessons.

You’ll either love or hate Jared Hess’ surprise 2004 sleeper hit. starring Jon Heder as Napoleon Dynamite, a totally weird Idaho high-school student who marches to the beat of his own drummer. Our family will stop anything to watch it, but others can’t make it past the first five minutes. Napoleon’s family is bizarre, his friends aren’t the popular kids, and he buys his clothes at the local thrift store. He’s bullied, but comes out on top when he helps his best friend defeat the class favorite to become student body president.

Rated PG for thematic elements and language, Napoleon Dynamite is a great way to encourage your children to see their unique traits as blessings.

When the former castmembers of a popular sci-fi series -- all experiencing varying levels of career stagnation -- are reassembled for a promotional appearance and subsequently find themselves defending Earth from an alien warlord, there are lots of laughs but also some heroic choices. Tim Allen is hilarious as Galaxy Quest’s Jason Nesmith, who plays Commander Peter Quincy Taggart. Taggart’s catchphrase, "Never give up, never surrender,” rings more true when the fake character is asked to be a real-life leader.

Rated PG for some action violence, mild language and sensuality, Galaxy Quest should be appropriate for most viewers.