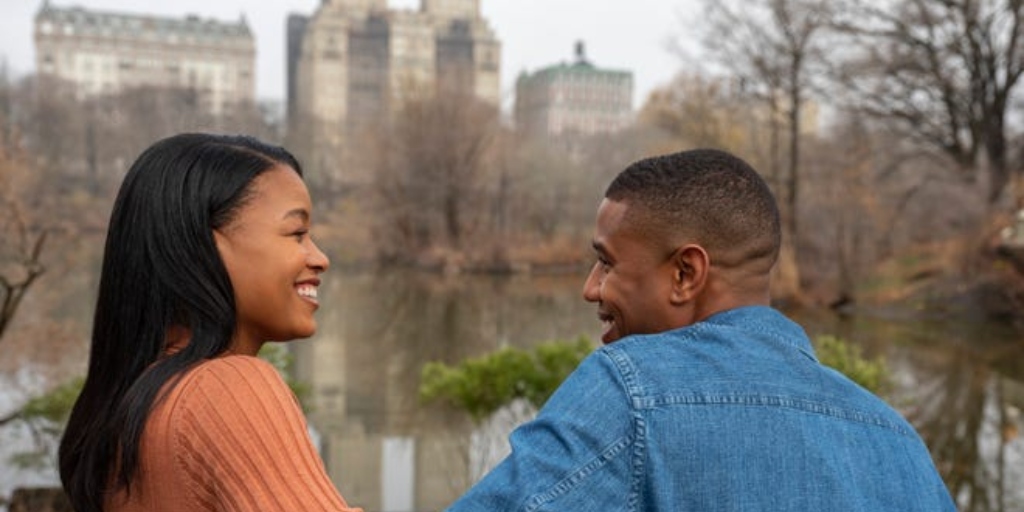 Sr. Nancy Usselmann reviews a film based on the true story of a newspaper editor and a soldier deployed to Iraq.

Any film about military families grips me emotionally because I appreciate the sacrifice they make for the defense of our country, and because I have military members in my family. This story proves to be a unique love story that goes so much deeper than the passionate love between a man and a woman who discover that they have much more in common than they do differences. They have faith. Directed by Denzel Washington, A Journal for Jordan is based on the true story of New York Times senior editor Dana Canedy (Chanté Adams) and First Sergeant Charles Monroe King (Michael B. Jordan), a soldier who is deployed to Iraq some years after the events of 9/11.

The film is based on the article Dana wrote in the journal in the New York Times on New Year’s Day in 2007, a few months after Charles was killed in Iraq by an explosive device planted on his convoy of Humvees heading to a remote military outpost. It later expanded into a book as a way for her to deal with the grief. Seeing her story on the big screen, she says, “I just feel grateful. It’s very hard to take myself too seriously since this is God’s work. God gave me this talent and he uses this talent for good.”

The film spans twenty years and goes back and forth from Dana’s single career-driven days in New York, with her military dad and mom still in Ohio, to many years later after Charles’ death. The crisscrossing time frames can get muddled at times leaving the viewer unsure of what era the scene is depicting. 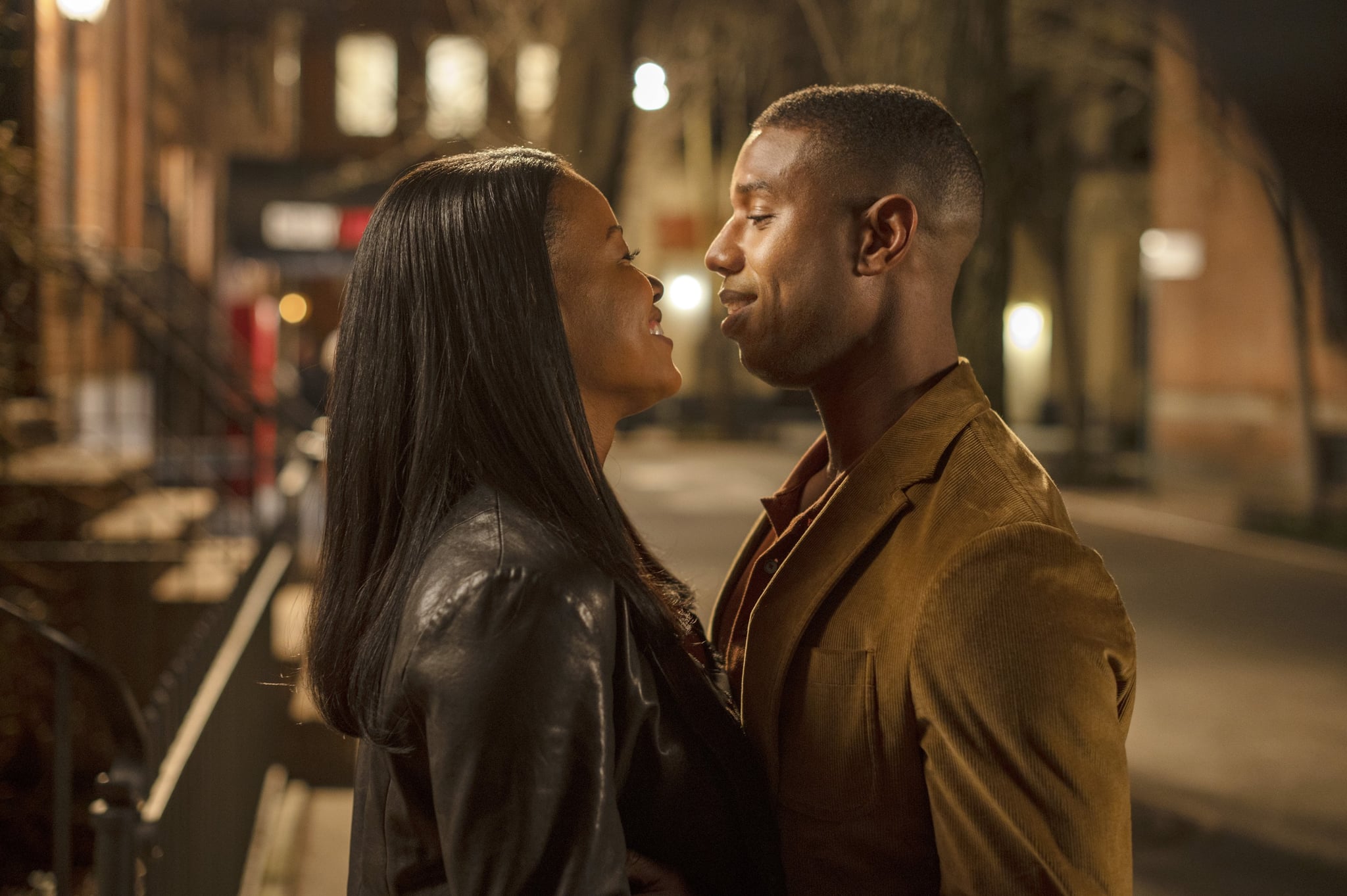 Dana meets Charles when she goes home for a visit and discovers him in her parents’ home. Her dad has been mentoring Charles as if he was his own son. Dana thinks he’s a bit awkward but handsome, even though he wears worn out white sneakers. A relationship soon evolves. They both have incredible respect for one another and personal integrity as their relationship develops. Through their ups and downs Dana learns faith from Charles, who read his Bible daily and prayed before meals. She asks him, “How can you be a soldier and believe in God?” He responds, “Because some people can’t protect themselves,” feeling that God has given him this calling to help other people. In an interview with the real Dana Canedy, she says, “I grew up in a non-traditional household. My parents were believers but didn’t go to church. [Charles] taught me the power of prayer.”

Living a passionate relationship, though they are not married, they decide to have a baby. The intense love scenes and subsequent nudity, which seems a bit excessive for the story, make this a film for adults, not teens as the PG-13 rating implies. Charles wants to get married right away, but Dana decides to wait until he returns from deployment to have a big, traditional wedding. They view the sonogram of the baby and discover they are expecting a boy. It’s a very pro-life scene of the film! 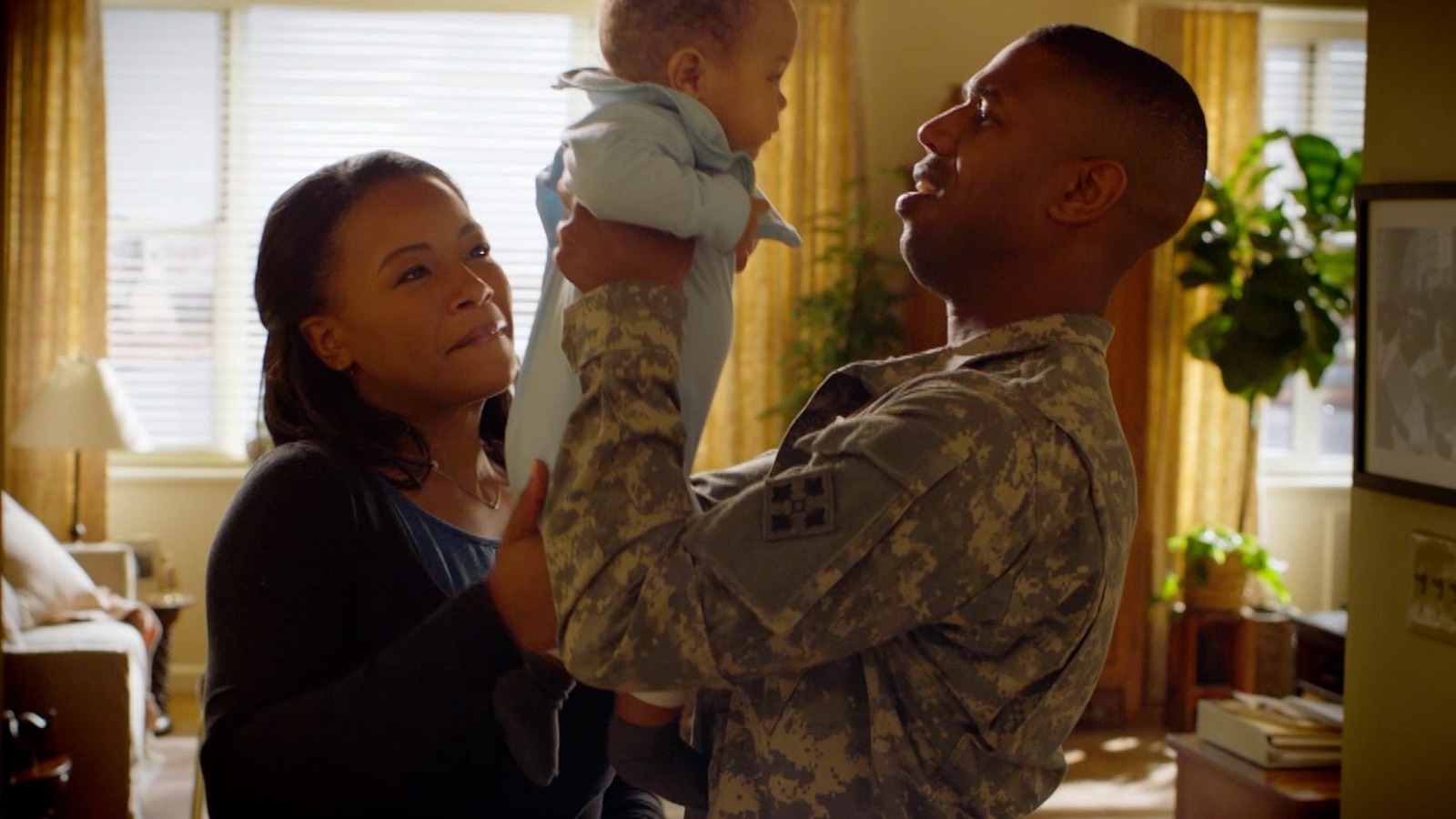 Charles then gets the call to be deployed to Iraq. Before he leaves, Dana gives him the gift of a journal. Puzzled by the gift, Charles says, “What do I write about?” She tells him to write letters to his soon-to-be-born son, Jordan. In an interview, the real Dana Canedy says that this act was, “by God’s design.” She continues, “I was five and half months pregnant at a store and I saw journals. I thought, ‘What if something happens to him? It’s important just to see the words, I love you to our son [on paper].’” Charles wrote over 200 pages of his favorite Bible verses, along with everyday things that teach Jordan how to be a good man, such as how to respect women, belief in God, what is true beauty, that love is the only thing worth fighting for, and that family is everything. Jordan is born when Charles is in a training camp. Charles is killed six months later in Iraq while holding a picture of Dana and baby Jordan.

Years later, Dana gives Jordan his dad’s journal to see what advice his dad would offer in particular situations. One of the most beautiful messages in the journal is when we hear the voiceover of Charles while his son reads, saying, “Even pain is better than nothing. Without pain it’s impossible to find joy.” The real Dana shares that God was closest to her when Charles died. She says, “Charles, at the moment when he died, was the happiest he ever was.” She continues, “The hard moments make you appreciate the beautiful ones … they make a blest life.” In the film the voiceover of Charles sharing journal entries continues as Jordan plans for the family to visit Charles’ gravesite at the Arlington Cemetery in Washington, D.C, a moving and touching scene.

It was said that Denzel Washington prayed on set with the crew before most of the scenes. Dana reflects that, “This was a spiritual project … [it’s] centered and grounded on the right things.” And those things are faith, honor, love, family, duty, respect, and rejoicing in the good that is each person. Even though the film is not perfect, and the characters are sometimes contradictory and flawed, just as no human being is perfect, the film does offer a lasting reflection on how to try to be the best version of ourselves. We all struggle. We all make mistakes. But we keep on trying and keep on praying to live God’s desire for us. Join Verbum Catholic Bible Software for a Lenten Journey
Read
A Year of Joy-Filled Moments: Captured in Your Blessings Journal
Read
No ordinary Joe (or Mary or Jesus)
Read