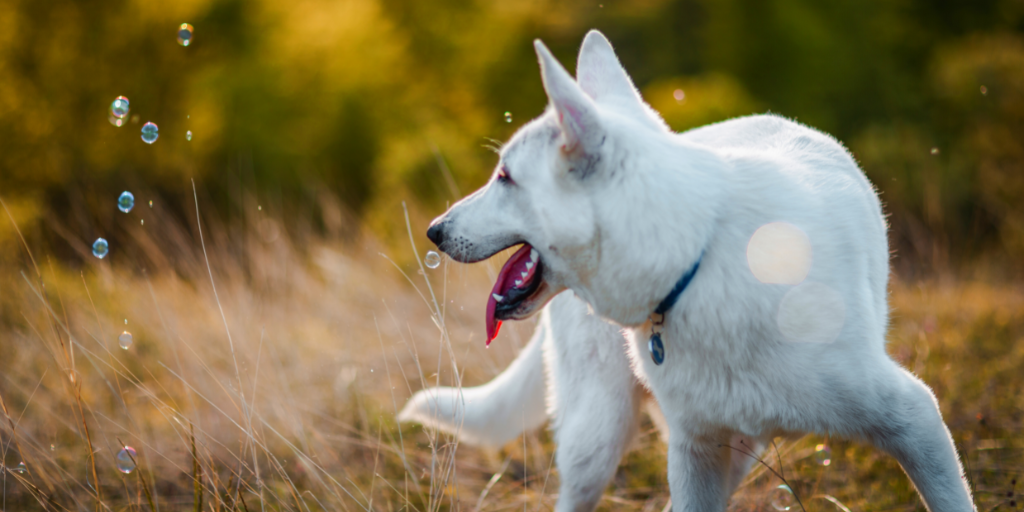 Veterinarian Meg Herriot's rescue of a stray dog helped her teach her son a lesson about allowing yourself to be guided by the Holy Spirit.

In a week that was somewhat trying, I had intended to get up early and go work out. Instead, I woke up to a chronic health condition making life a little harder. I said "forget it" to working out and looked forward to going to First Friday Mass. I have had a special devotion to the Sacred Heart of Jesus since my Grandma introduced it to me. I have gone to consecutive First Fridays before, but I really wanted to try to reignite the devotion. I had prepped my son all week that we were going to Mass.

I got him ready (reluctantly) to go, even letting him choose that we go to Mass where he went to summer camp, so he would be able to see some friends.

We got in the car and headed out. As we were approaching a busy intersection, I noticed a loose dog. I inwardly tried to convince myself that she had an owner and was just one of those privileged dogs in our area who got to walk off leash. I kept an eye out as I was driving and it became apparent that she was lost. There were a few people walking who were gawking, but were not trying to prevent her going into one of our area's busiest intersections. I found a safe side street to pull over.

My son, who apparently hadn't noticed the dog, was confused. "So it looks like we aren't going to Mass," I told him as I went to grab the spare leash I keep in the car (that's what you do when you're a vet). "Come, help me catch a dog," I encouraged.

My son was confused. As we turned the corner, he finally saw the dog. He was confused that I had noticed it and he hadn't. I told him it was my mommy-vet eyes. We had to prevent the dog from getting run over, and hopefully find her owner.

My son who is very sweet, but not always the most cooperative, especially when an unplanned event came up, was helpful. As the dog turned to run in the street, we convinced her to go down a slower road. I tried unsuccessfully a couple times to get a leash on her. I think my son's presence actually calmed her that I was an ok person if this kid hung out with me. Of course I didn't have my phone, because I had not planned this dog rescue. I called to the gawkers to please call the police or animal control (as at this time I didn't have the dog on a leash and I didn't want it darting in the street). I didn't want the dog to get hit, but I could also envision a car crash happening from cars trying to avoid hitting the dog and people being on their phones and not alert during rush hour. Unfortunately the gawkers just said, "Not our dog." Thanks people. So helpful. So my son and I walked with the dog. She was curious about us but not trusting enough to get a leash on her. So my son, myself and this unknown dog start walking the neighborhood knocking on doors trying to figure out if she belonged to any of the houses, or if they recognized her. One gentleman answered and wished us luck, he didn't recognize her, he did tell me there was a dog that lived next door. When I knocked on that door the dog barked from the window, so it was clear that wasn't her home.

By this time, I started talking in baby talk (which my son made fun of) but the dog responded well and finally let me leash her. She apparently knew how to walk on a leash. Yay!

She seemed like she belonged to someone because she was pretty friendly, clean and looked well-fed. Of course she didn't have a collar with a phone number though. 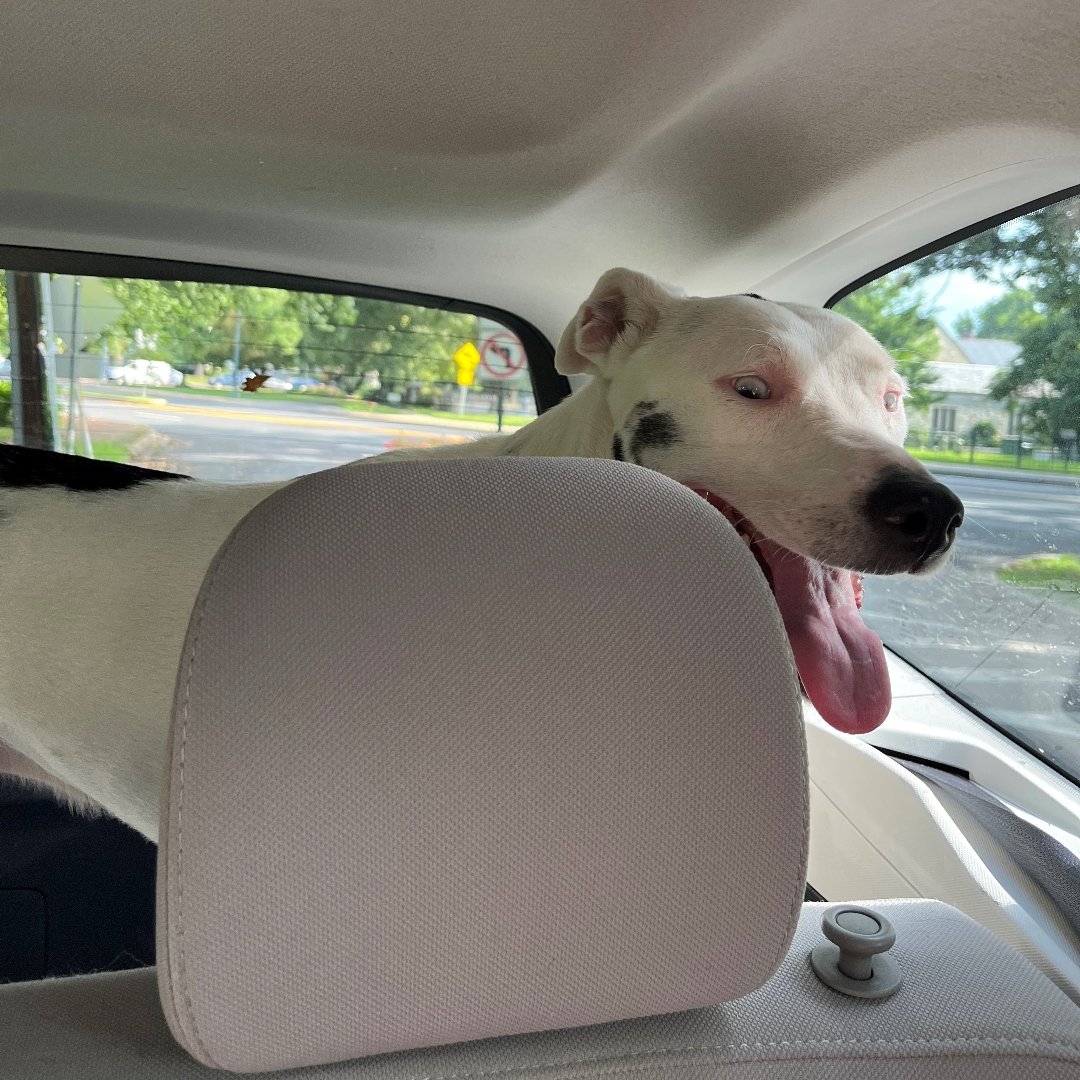 Apparently she also has experience with jumping into a hatchback. She promptly jumped in as soon as I opened it. I got my phone and called the police non-emergency number as I found out animal control wasn't open for another 3 hours. My son who is typically more of a cat person than a dog person (he will admit this) asked if we could keep her. We even gave her a name. My son wanted to call her Cookies and Cream. I told him "Cookie" sounded like something she would be able to learn. I told her we first had to see if she had a home, because I suspected she did. If she didn't have a home, it would be a conversation to have with Daddy. My son wanted to take her home; he was excited. I thought of the cat, the geriatric dog, and the husband. Maybe not.

The neighborhood services division gentlemen arrived about 10 minutes later, after I got Cookie more comfortable in the car (she loved head rubs and baby talk). He had a microchip scanner on him and she did have a microchip.

Click to tweet:
Sometimes the Holy Spirit drives you down the right road at the right time, and you have to let your conscience guide you. #catholicmom

My son was a bit disappointed, and I was a bit disappointed we didn't make it to Mass. I decided to look at it this way, though: somewhere there was a household who wouldn't have to grieve a dog today (and she looked like she was fairly young, perhaps even a big puppy). Also, it was possible that we could have avoided a big accident in the intersection if someone's car hit the dog. My little "annoyance" detour could have saved someone from a more painful catastrophe. It also taught my son that sometimes the Holy Spirit drives you down the right road at the right time, and you have to let your conscience guide you.

I hope Cookie went home and got some big hugs—and when we got home, my son gave our dog who he is normally disinterested in, a little extra attention.

My husband has had to deal with the annoyance of me trying to chase down stray dogs a couple of times. It is always a reminder to him that me being a veterinarian is not just a profession: it's a vocation. 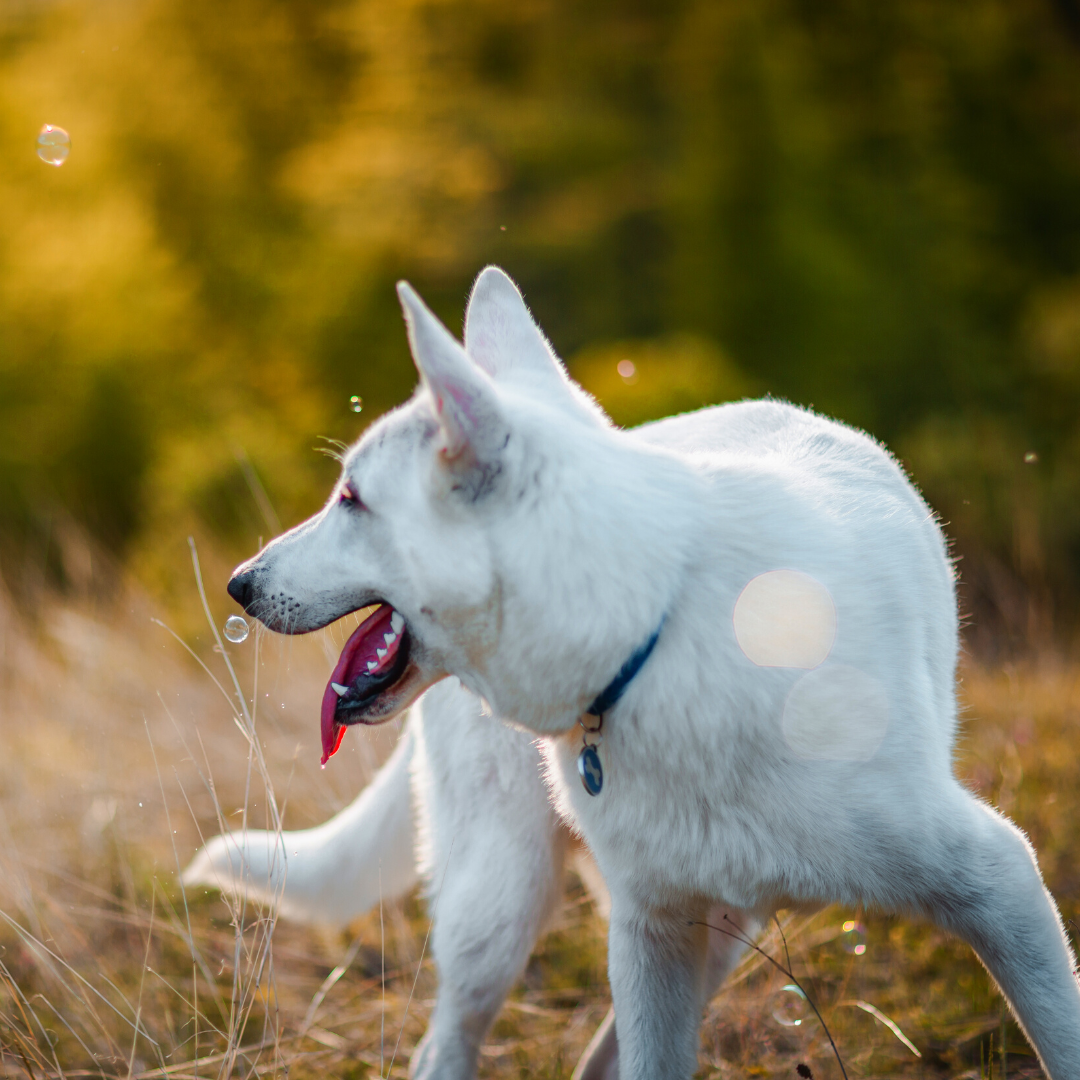 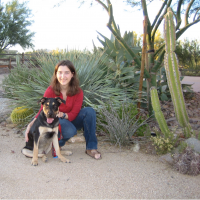 Explaining Lent to Preschoolers: Superhero and Sports Analogies
Read
Stormy Weather and Prayer Warriors
Read
The Gift You Give When You Ask for Help
Read