Being a Force for Change: An Interview with Lila Rose 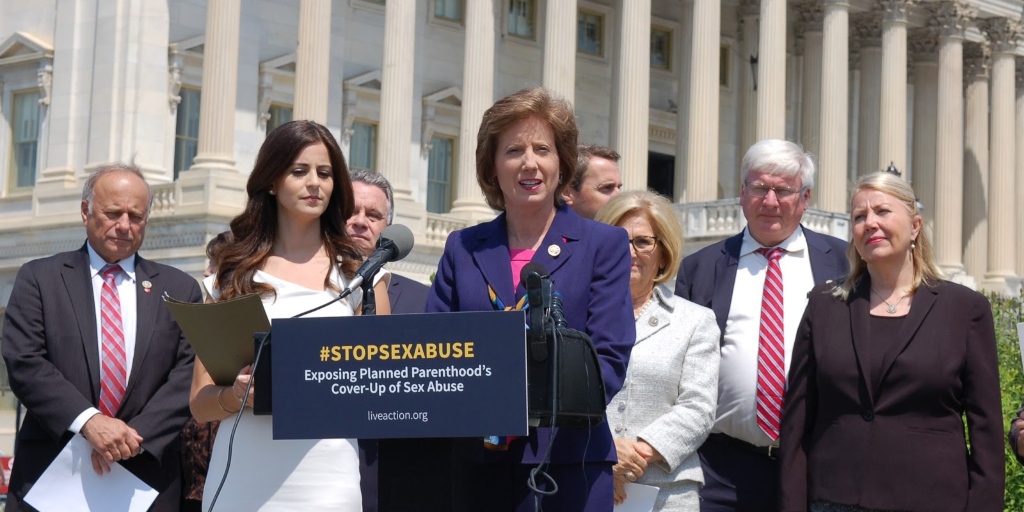 “Will 9 pm work?” Lila Rose wanted to know. I had asked for a phone interview to talk about her new book, Fighting for Life: Becoming a Force for Change in a Wounded World. This cultural warrior had a good reason for requesting such a late interview (it was actually only 7 p.m. Pacific time at her home in California.) She is now the mother of a one-year-old boy. It would be past his bedtime when we talked. 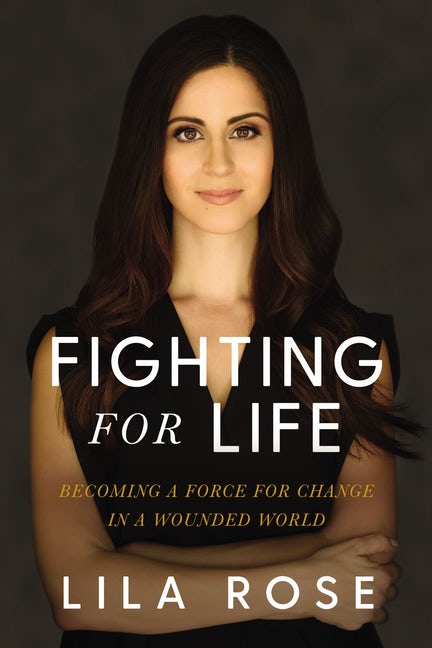 Lila was just a child herself — fifteen — when she became the founder and president of Live Action, a human-rights nonprofit with the largest following in the global pro-life movement: 5 million. She grew up with a public passion for the unborn, honing her investigative reporting skills and influence the culture. Lila’s reporting on the abortion industry has been featured in most major news outlets, and she speaks internationally on family and cultural issues. Lila has even addressed members of the European Parliament and the United Nations Commission on the Status of Women.

And now, she’s a mom, staying the course but also delegating some of the work at Live Action as it continues to grows in influence and numbers. The purpose of our call, however, was to talk about her book. The very reason that she wrote it was to help others to make a difference in the world. She comments,

I’m a work in progress, and a lot of the book is about being a work in progress and how the change that we want to make in the world around us as activists and educators, whatever our calling is, how a lot of the change has to do with how much we are willing to change inside and the healing that we discover through, ultimately, Christ and by growing in virtue and in the relationships that we are given. So the book is both about the change we are making externally to the world around us and the change that is acquired from within.

Everyone has a role to play in the fight for right, according to Lila.

The book is a kind of guidebook that Lila could have benefited from as a young girl with big goals. “I shared some of my biggest struggles, as well as the breakthroughs and victories along the way,” she said. “I hope Fighting for Life inspires and equips people to have confidence, clarity and encouragement in their own mission to fight.”

Lila Rose’s fight for the unborn began with heartache against the injustice. #catholicmom

The book helps anyone who wants to contribute to good in the world. Here are some of the key points:

Lila’s fight for the unborn began with heartache against the injustice. According to her, when hearts ache and burn, it can become the impetus to fight injustice. She said,

The book starts with heartbreak, but it doesn’t end with heartbreak; it ends with healing. But we have to allow ourselves to grieve because that will teach us a greater compassion and I think ultimately a motivation for the causes that need us. The book has twenty-seven chapters and that is number one of twenty-seven steps. In allowing yourself to be wounded by the brokenness of our world, you’ll find the passion you need to make a difference -- and draw closer to the One who truly saves.

In any endeavor for justice, we will have opponents, Lila noted.

Part of the book’s message is to embrace the pain of the people we are trying to reach because a lot of them are hurting, especially the ones who have been involved in abortion in the past or are working in the abortion industry and to love our enemies. We are told by Jesus Christ multiple times to love our enemies, to pray for those who persecute you.

Exposing evil is the centerpiece in the culture today, according to Lila.

The culture calls evil good and good evil. The lies that are being told are the greatest threats to souls. If you don’t know the truth, if you believe the lies, you are going to make the wrong decisions and those bring serious hurt to yourself and others.

Here are our tasks, Lila explained:

After our interview, I saw a post from Lila on social media revealing insecurities she had to overcome in order to move forward. Here is part of it:

I started Live Action at 15. I also faced insecurities and struggles as a teen as I wrestled with depression, disordered eating and self-harm. I didn’t know how to deal with the hurt or questions in my own heart, but I felt a call on my life to live for more than myself and to fight for the most vulnerable.

I would tell teenage me this: You are in a hard learning curve, but it is preparing you for an amazing journey. Everything you are facing now is teaching you lessons you will draw on for the rest of your life.”

The hard moments are teaching you a deep compassion and empathy for others. The struggles with self-worth will ultimately lead you to understand your unconditional dignity as a daughter of God. The feeling of helplessness and “what can I possibly do?” in the face of a problem so big and a cause so daunting is teaching you the power of initiative and risk. The loneliness is teaching you to go to God for your deepest consolation. The unknowns are teaching you to let go of needing control and to trust.

God is working through your struggles and obstacles. Keep the hope. Keep going.

How to Pray Like Jesus
Read
Navigating the Interior Life - Win a Wonderful Book for Your Spiritual Journey
Read
Book Review: Dear God, You Can't Be Serious
Read