‘Defend The Tabernacle’: An Action Novel About Chastity for Young Catholics

Deacon Patrick Augustin Jones’ young adult novel Defend the Tabernacle has been awarded a “rescript,” the new term for “imprimatur” by Bishop Michael J. Sheridan. His Grace calls the book “genre defying.” Indeed, this author’s imagination cannot be contained by any genre.

The plot is set in contemporary Colorado and Kansas where the protagonists are transported in and out of “Soulscape,” a place where the state of souls is incarnated in ever changing physical landscapes and situations.

College students Catharine and Bernard find themselves thrown into Soulscape, first to come to the aid of souls in danger, then to battle their own sins and demons. The mystical life is made visible in all its danger and glory.

In the course of the story, Catharine and Bernard are transported back and forth from their ordinary world to Soulscape. As modern Americans, they initially think of Soulscape as another world, in the tradition of fantasy novels. The reader, too, will jump to conclusions of Narnia or Middle Earth. But Soulscape is different, much closer to the mystical landscape of C.S. Lewis’ The Great Divorce. Bernard discovers that Soulscape is not a parallel universe, not a different place, but a different way of seeing. This shift in awareness functions as a meta reflection, by the author, on the mystical life incarnate which we find in this fairy tale in modern garb. Other than in a fairy tale, we find the characters of the true Christian story, Angel, saints and demons, directly called by their scriptural names.

The title “Defend the Tabernacle” refers to the cryptic task placed on Catharine and Bernard by the Archangel Michael at their first arrival in Soulscape. The young students, who are soon to fall in love and get engaged, struggle to understand the meaning of the Angel’s message. It is revealed to Bernard in a Soulscape encounter with the Holy Couple, Mary and Joseph. Bernard is moved to confess to Saint Joseph how he was tempted to have sex with Catharine before their marriage. Only the intervention of a couple of prayer warriors prevented the act from happening. St. Joseph draws his attention to the Blessed Virgin’s Byzantine title "Theotokos”, the “Birth-giver of God”. She is the tabernacle of life to be protected by him, Saint Joseph. In the same way, all men are called to defend the chastity of women, the daughters of Mary, who have been endowed with the gift of bringing Christ into the world in the form of a new human life. In this aspect, all women are tabernacles. St. Joseph asks Bernard: “Will you choose to cherish and defend the Tabernacle from this point forward?” (p.165) How could Bernard not agree, and how could a young male reader not agree to step up to this task when it is presented in such a way, as a heroic mission? 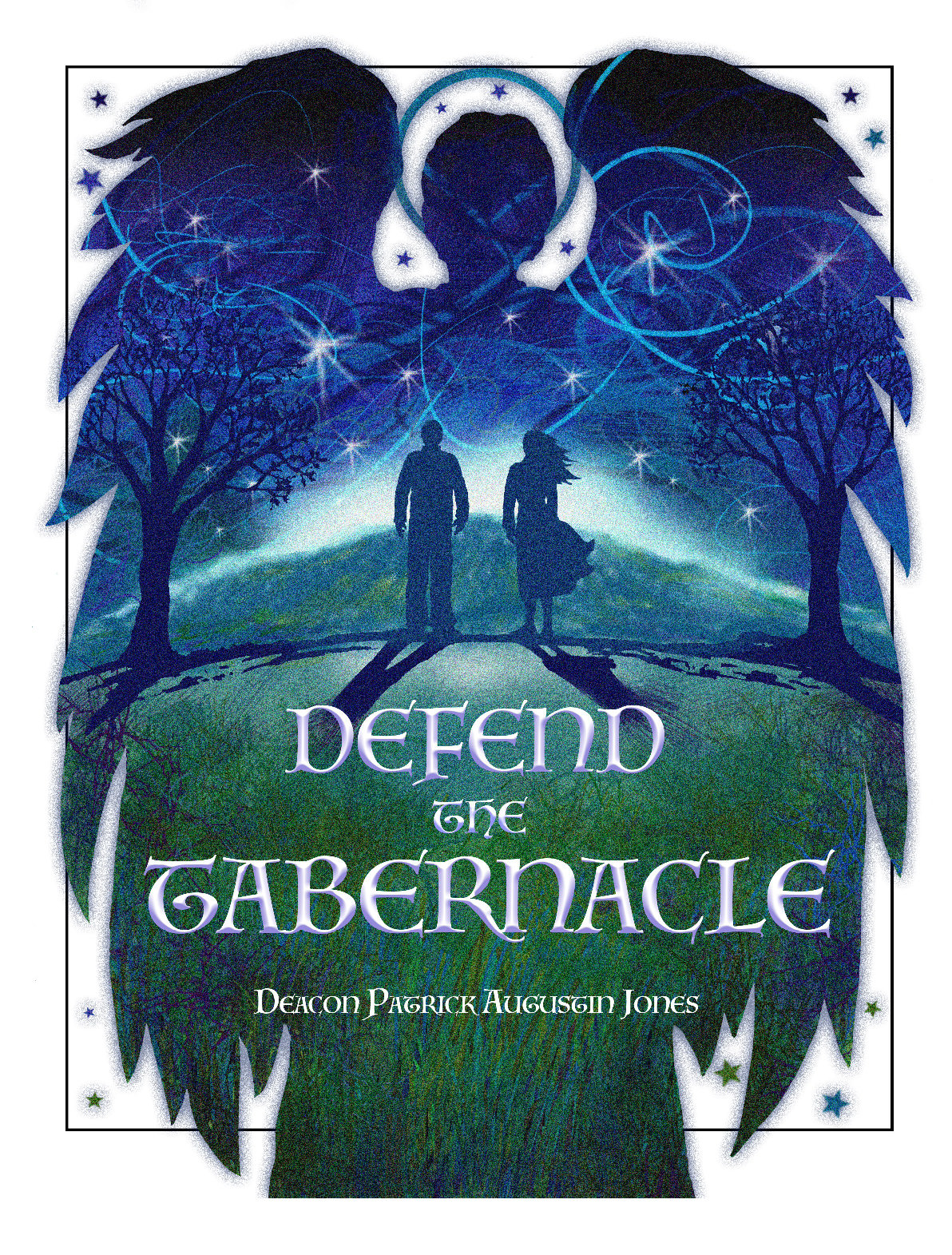 Defend the Tabernacle is one of the most unusual and exciting invitations to chastity imaginable. The Church’s teaching on chastity is shown as the heroic and honorable task it truly is rather than as a cruel, impossible to follow restriction.

Deacon Patrick is an action poet, telling his story in metaphorical themes vibrating with life. The images intertwine the physical and mystical life, body and soul, in the way Our Lord made us. Profound catechetical lessons are thrown in almost casually. An example is Bernard’s expression for the soul’s directive towards Our Lord. He calls it “Christ compass” and finds the Catholic Church the best model, much preferable to other religions such as Buddhism.

Taken from Scripture, "clay" is the overarching metaphor for our created person in this book, introduced in the stunningly beautiful opening paragraph: “Everyone hungers for something greater. Our hunger is etched into the deepest canyons winding and twisting through our clay, like the fingerprints of our Creator yearning to be reunited with the hand that made them. Some few hunger alone. For the rest of us, it is not good to hunger alone. Nor is it good to feed that hunger with anything than God’s wild, abundant banquet.” (p.1) I re-read this passage after finishing the book. Only then, did I realize what a stunning invitation to Christian marriage it represents.

The heavy subject matter of this novel is packaged in fast Soulscape action adventure and irresistible humor, mostly provided by the quirky modern idiom spoken by Catharine, Bernard and even the august Archangel Michael. Listen to the following exchange. “I see why St. Gabriel usually delivers the telegrams,” Bernard said dryly. St. Michael smiled: “You don’t know the half of it.” (p.16)

Defend the Tabernacle is a breathtaking, thoroughly entertaining, heroic adventure, spiced with metaphors that make you shiver with delight. What a wonderful way to stir the soul, what a great way to reach our action-addicted youth. What a way to catechize!

Defend the Tabernacle was awarded the Catholic Press Award for Best Novel, Silver Medalist in 2018.

You may also like to read the young adult novel Ecsodus Vision by Deacon Patrick and the serial Shepherds and Halos on his blog. He has also written a beautiful children’s picture book, Anna and the One Mass.

Discussion: What do you think about appealing to a young adult’s sense of chivalry when talking about chastity?

A genre-defying novel about chastity for Catholic young adults: 'Defend the Tabernacle.' #catholicmom