Film about one of the most revelatory Marian apparitions takes unique promotional approach during pandemic.

Picturehouse, the distributor of FATIMA, a highly anticipated movie about the remarkable Marian apparitions that occurred in Fatima, Portugal, in 1917, is taking an innovative approach to spreading the word about the film during the COVID-19 pandemic by conducting private, prerelease drive-in screenings for Catholics and non-Catholics alike in select cities across the country: Miami, Los Angeles, Simi Valley (California), Bridgehampton (New York), Chicago, Atlanta and Waltham (Massachusetts).

The inaugural drive-in event was held at Hard Rock Stadium (home of the Miami Dolphins) in Miami on July 13, the anniversary of the third apparition of Mary’s appearances to the shepherd children in Fatima, Portugal. Here is a photo from that event: 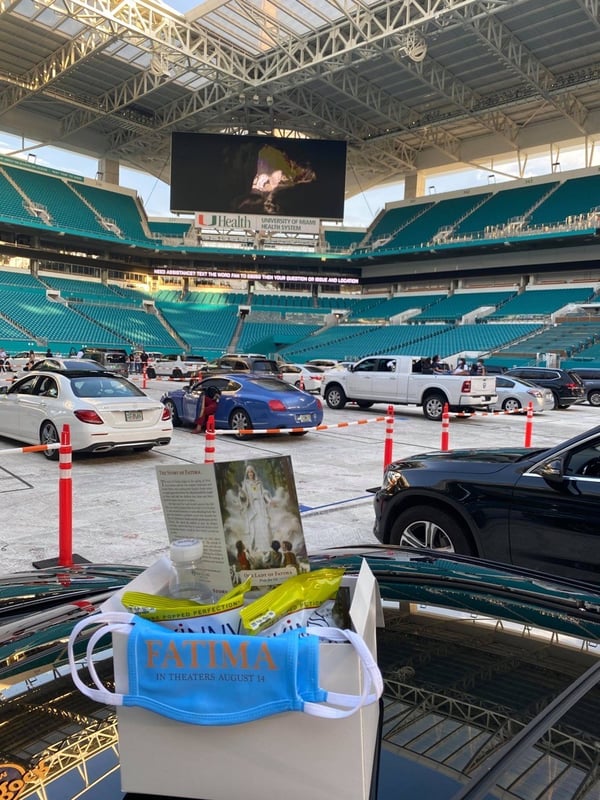 FATIMA will be released in traditional theaters throughout North America on Friday, August 28.

FATIMA is a powerful and uplifting drama about the power of faith that tells the story of a 10-year-old shepherd and her two young cousins in Fátima, Portugal, who report seeing visions of the Virgin Mary. Their revelations inspire believers but anger officials of both the Church and the secular government, who try to force them to recant their story. As word of their prophecy spreads, tens of thousands of religious pilgrims flock to the site in hopes of witnessing a miracle. What they experience will change their lives forever. 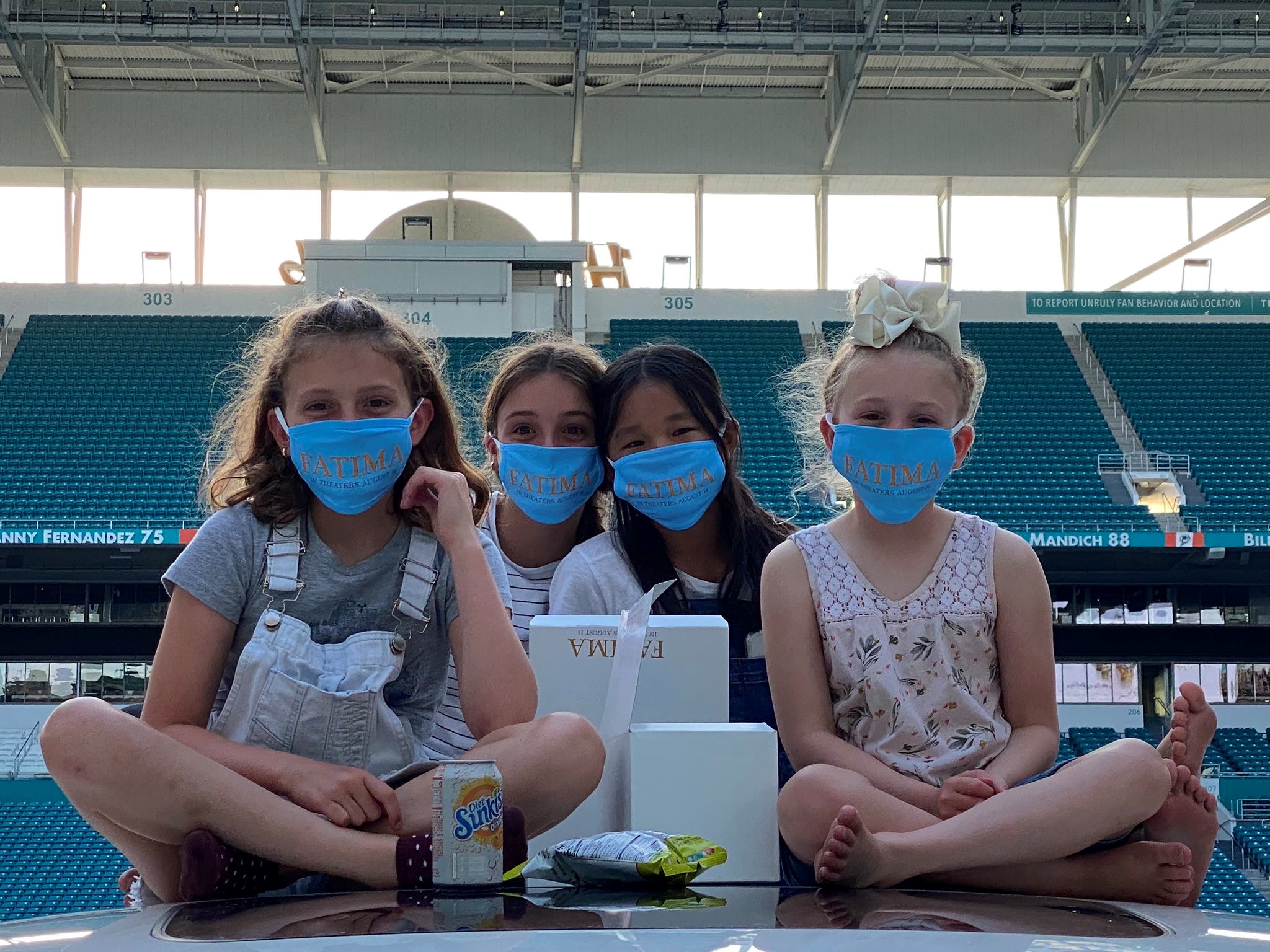 Picturehouse will open Fatima in theaters and direct to home (PVOD) throughout North America on August 28, 2020, following a grassroots word-of-mouth digital marketing campaign that energized and engaged the core audience, culminating in a series of Pop-Up Drive In Influencer Premieres across the country. The film, acquired by Picturehouse in October, was originally scheduled to open on April 24. The COVID-19 pandemic, which shuttered movie theaters nationwide, presents some parallels to the original story, set in 1917, just before the Spanish Flu.

“The response to Fatima at our pop-up drive-in premieres has been wonderful,” says Bob Berney, CEO of Picturehouse. “Audiences and social media reactions have convinced us that we need to get this movie out now. We held out as long as possible for a traditional theatrical release, but given the national situation, we did not want to postpone the release of this movie, with its message of hope, any further.” 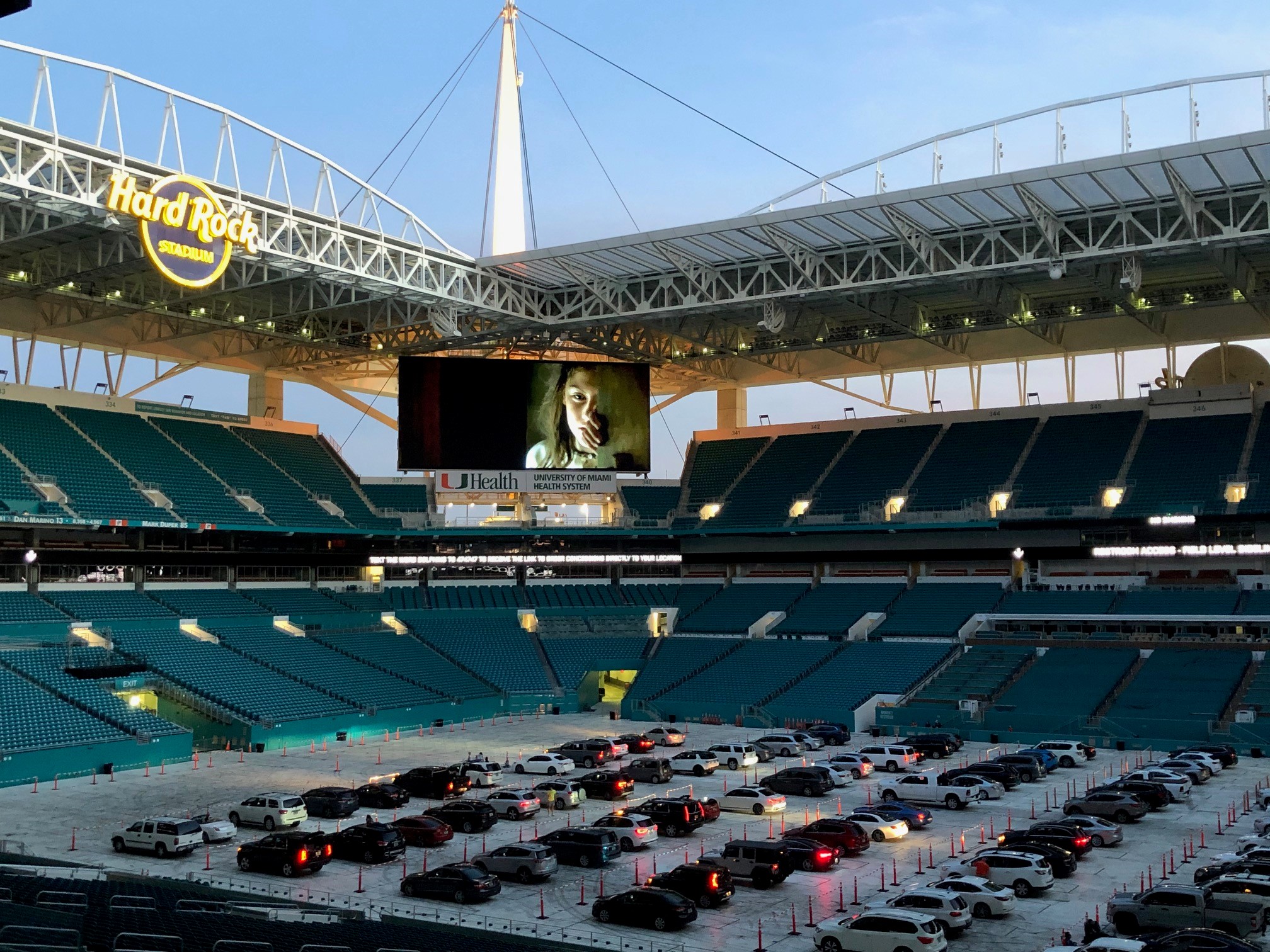 The official website for FATIMA is FatimaTheMovie.com. Watch the trailer:

A powerful and uplifting drama about the power of faith #catholicmom