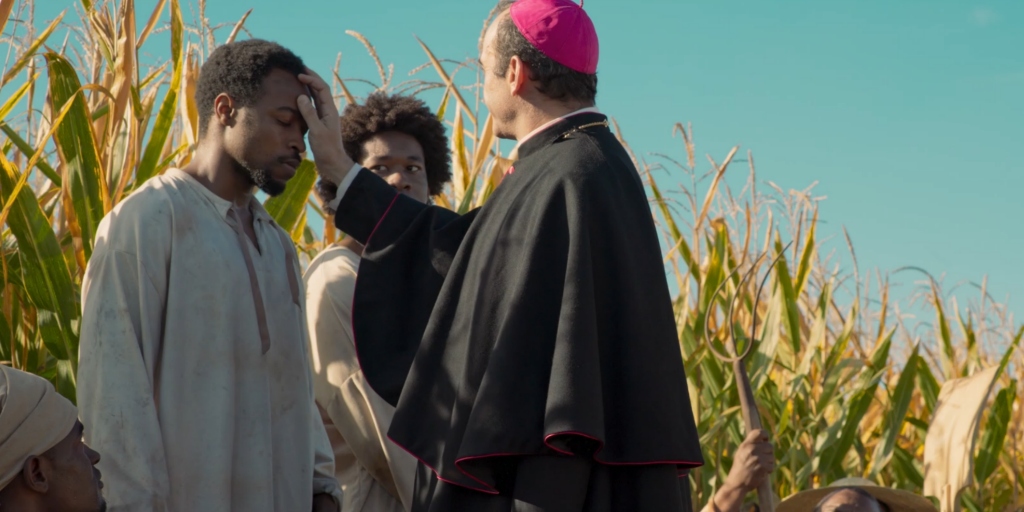 Maria Morera Johnson reviews a film about a courageous priest who lives his faith, who understands that the Word is Light and can change people.

Slaves and Kings: The History of Saint Antonio María Claret depicts the extraordinary life of the 18th century Spanish priest who was a missionary, founded a religious order – the Claretian Missionaries, was Archbishop of Santiago in Cuba, and became Confessor to Queen Isabel II! He was also a social reformer, and shook things up everywhere he went, resulting in over a dozen attempts on his life, including a serious knife attack that almost took his life. Through it all, Claret maintained his mission that the Gospel must be preached through all the means available.

Director and writer Pablo Moreno masterfully weaves the story of Claret through the eyes of a writer, Azorín, an intellectual and literary critic suffering writer's block in the midst of the Spanish Civil War in the 1930s. Azorín gets drawn into Claret's story because of a scandalous biography written to defame Claret. He observes that history belongs to those who write it, and endeavors, reticently but then with passion, to set the record straight even though he finds himself paranoid and fearing for his own life.

The film, based on real events, takes us through three time periods. Claret’s life in the 1800s establishes him as a bright child with a particular devotion to Our Lady of Carmel, his work as a weaver and businessman, and his life as a priest. We then see Claret’s life through Azorín’s eyes, as he begins to unpack the difficulties and persecution Claret endures, especially in Cuba as Archbishop of Santiago, and then back in Spain as Queen Isabel II’s Confessor in a court and political situation he cannot support. 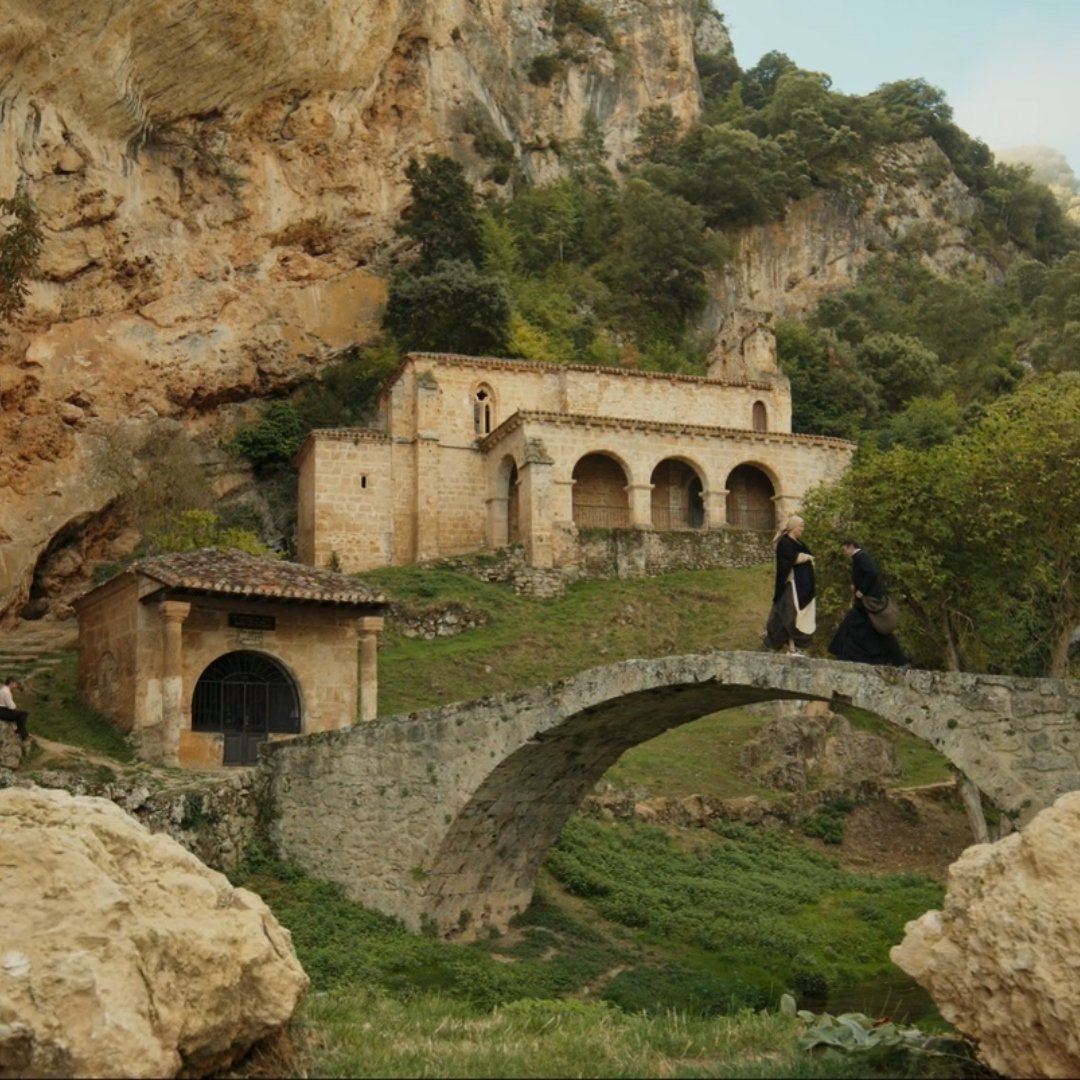 Our encounter with Claret in this film bridges the two hundred years between us, reminding us of our shared humanity in a world filled with strife, antagonism, and hatred. The film shows, sometimes graphically, man's inhumanity to man. Moreno explains, “Claret preached renewal of the Church in a dark time. Claret is a saint for our time.”

Because of this suffering, Claret's actions and works strive to imbue those around him with the dignity of their humanity, and he does so with the love of Christ. In all instances, especially in his assignments, he went to the people, to be next to them, with them. I am reminded of another saint, St. John XXIII, who said, “I have looked into your eyes with my eyes. I have placed my heart next to your heart.”

Slaves and Kings brings to life the story of a courageous priest who lives his faith, who understands that the Word is Light and can change people. That, in itself, is a recommendation to see this film, but wait … there's more. 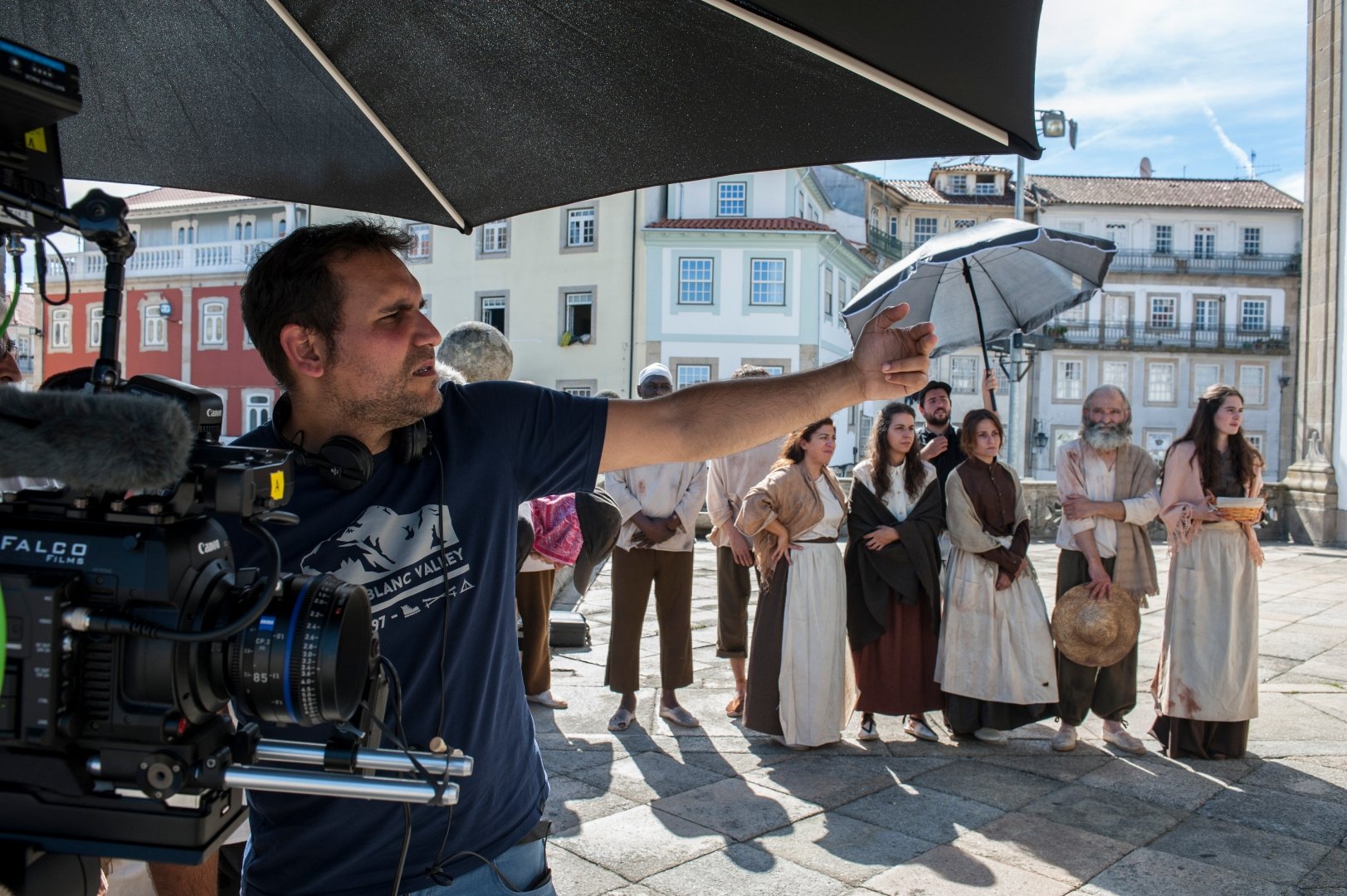 I fell in love with Moreno's lovely storytelling and the beautiful cinematography. He delights the viewer with Easter eggs that sweeten the experience for those familiar with his other works. However, the extended metaphor of the woman in blue perfectly accompanies Claret at every season of his life, encompassing the Marion nature of his spirituality. It is both subtle and beautiful. Antonio Reyes gives a commanding performance as Claret, and Alba Recondo gives a heartrending air of loneliness to her role as Queen Isabel II.

Father Byron Macias, CMF, a Claretian Missionary helping to promote the story of Saint Antonio Maria Claret, provides an interesting insight into watching this film as a sacramental, as a way to give expression to our faith. I certainly felt empowered to live a life of heroic virtue through Claret's example. 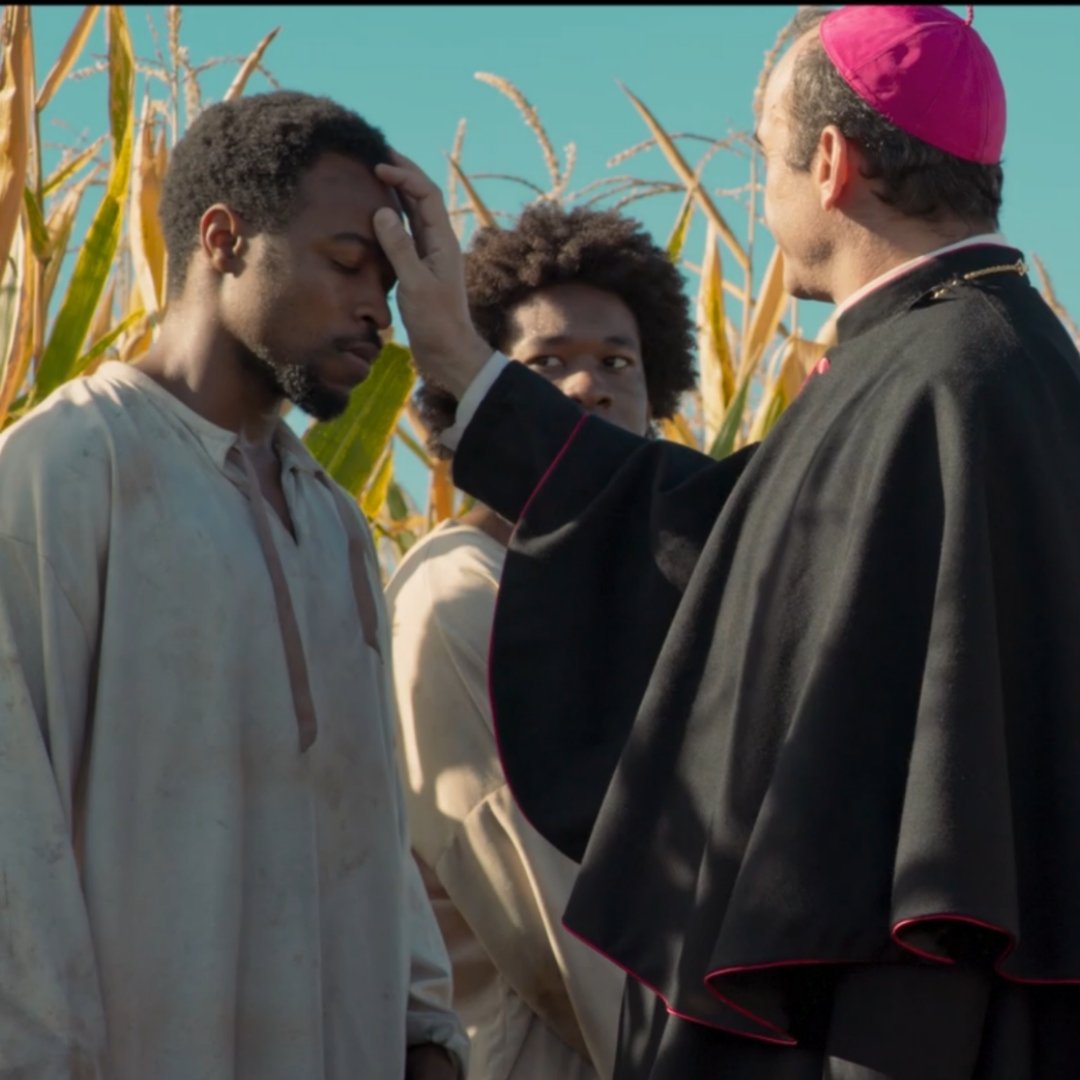 This film is unrated at this time and is not suitable for young children due to several scenes of unsettling physical violence. Parental discretion is advised for older children.

Available in theaters on August 22nd in English and August 23rd in Spanish. 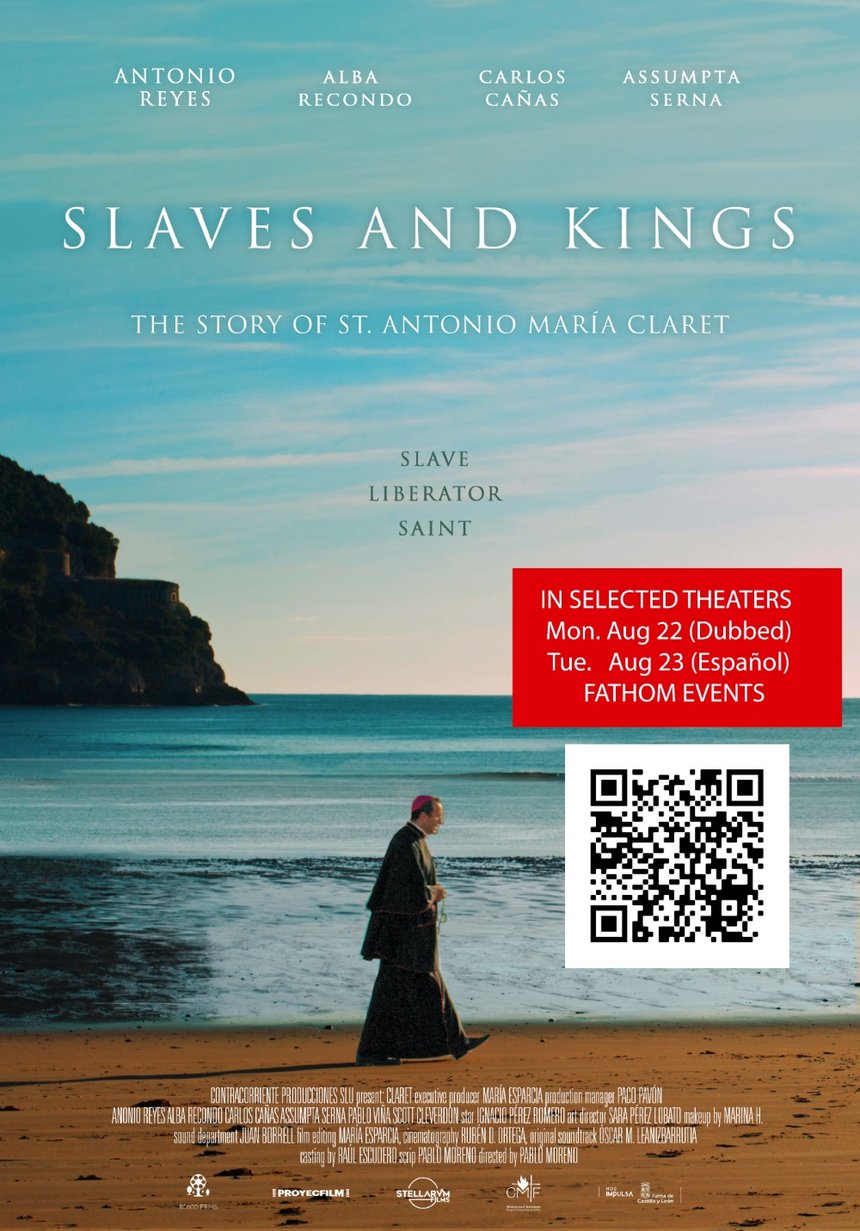 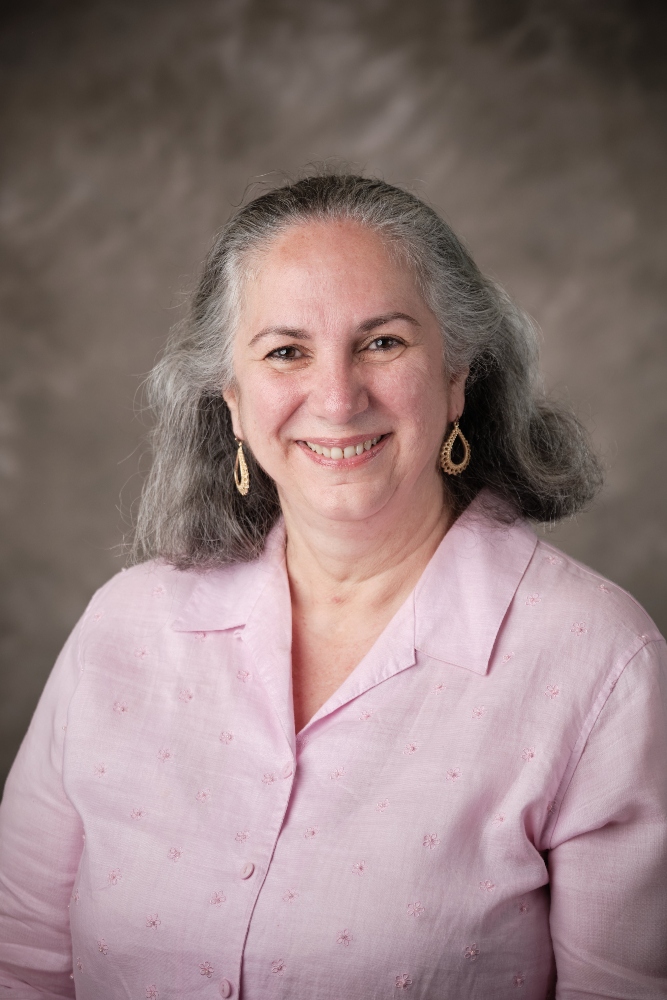 Finding Your Inner Cat
Read
Critically acclaimed "The Innocents" to be released on DVD Sept. 27
Read
Joy in the Mourning
Read