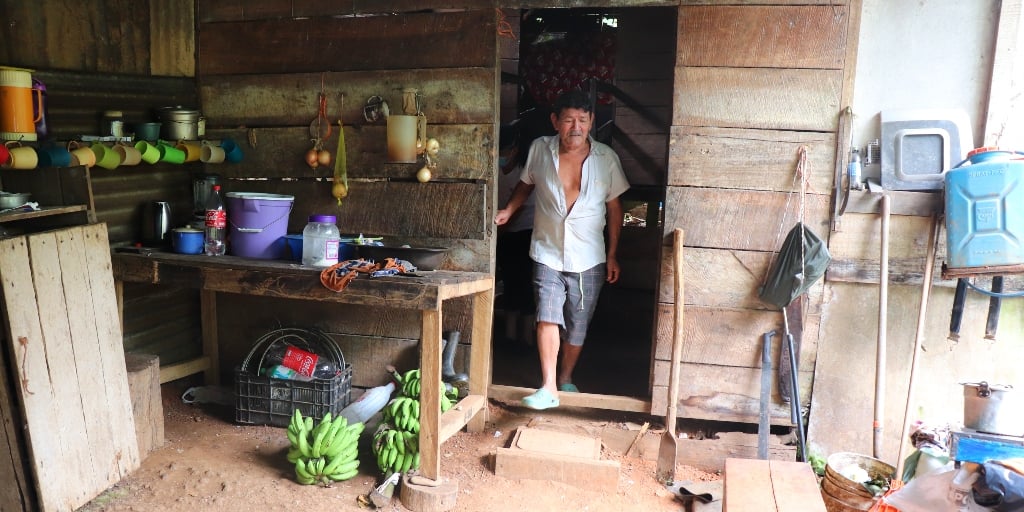 A sponsored elder from Costa Rica and Pope Francis testify to the wisdom of age.

The two men were born eight years and nearly 4,000 miles apart. Jorge, the older of the two, grew up in Buenos Aires. Danilo was raised in Puriscal, a small town in northwest Costa Rica.

Jorge chose a path of academics and, eventually, the priesthood. Danilo became a farmer like his father. It was unlikely they would ever cross paths, but because a few years ago Jorge decided to devote a book to the wisdom of elders, and because during his lifetime Danilo had accrued such wisdom, the events that led to their interaction were set in motion.

Today, Jorge is better known as Pope Francis. Danilo is a sponsored elder in the Unbound program in Costa Rica. The book that brought them together, Sharing the Wisdom of Time by Pope Francis and Friends, was published by Loyola Press in 2018.

From page to screen

In 2020, Unbound was approached about helping with a documentary series based on the pope’s book. Of the 23 Unbound sponsored elders included in the book, only Danilo was chosen for the documentary.

The pandemic delayed production of the film, titled Stories of a Generation – with Pope Francis, which debuted on Netflix in December 2021. During the delay, Hilda, Danilo’s partner of 57 years, passed away. When the filmmakers were finally able to spend the needed time with him, they met a man with both burdens and hopes.

Danilo, now 77, lives with his two adult sons, Abdelino and Uriel, who are both blind. Despite his own health struggles, which include chronic back pain and cataracts, caring for his sons is his main concern. He hoped to travel with them to the seaside.

“I would like to fulfill my children’s dream,” he said in the documentary. “I would like to take them to the beach because they’ve never seen the sea, so they can see it with their hands.” 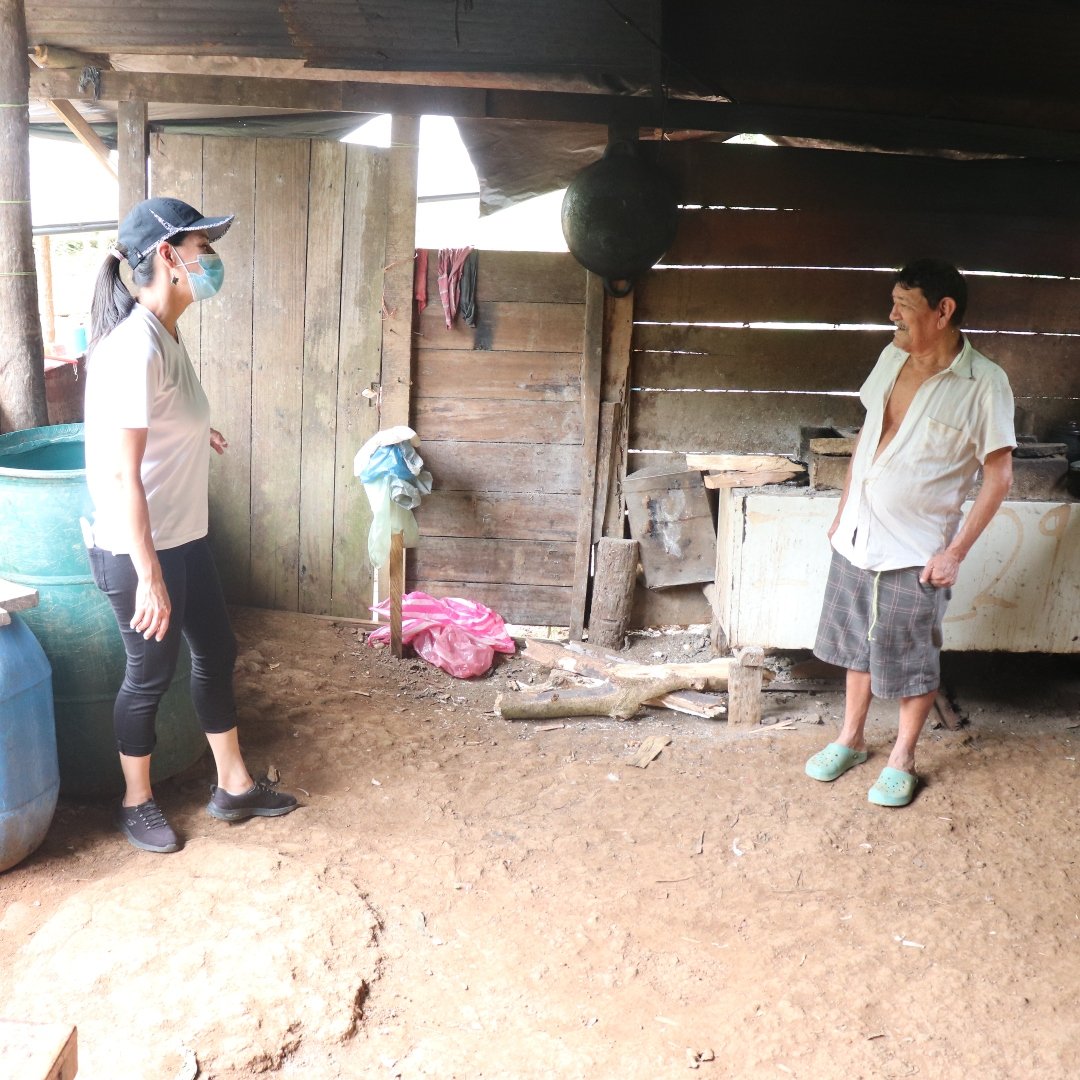 Thoughts of the seaside also brought memories of Hilda.

“We used to go out at night, to walk there on the beach,” he said. “… It brings sadness because these are things that when one has lived with a person for a long time … then the memories stay with one.

“She was the one, the love of my heart.” 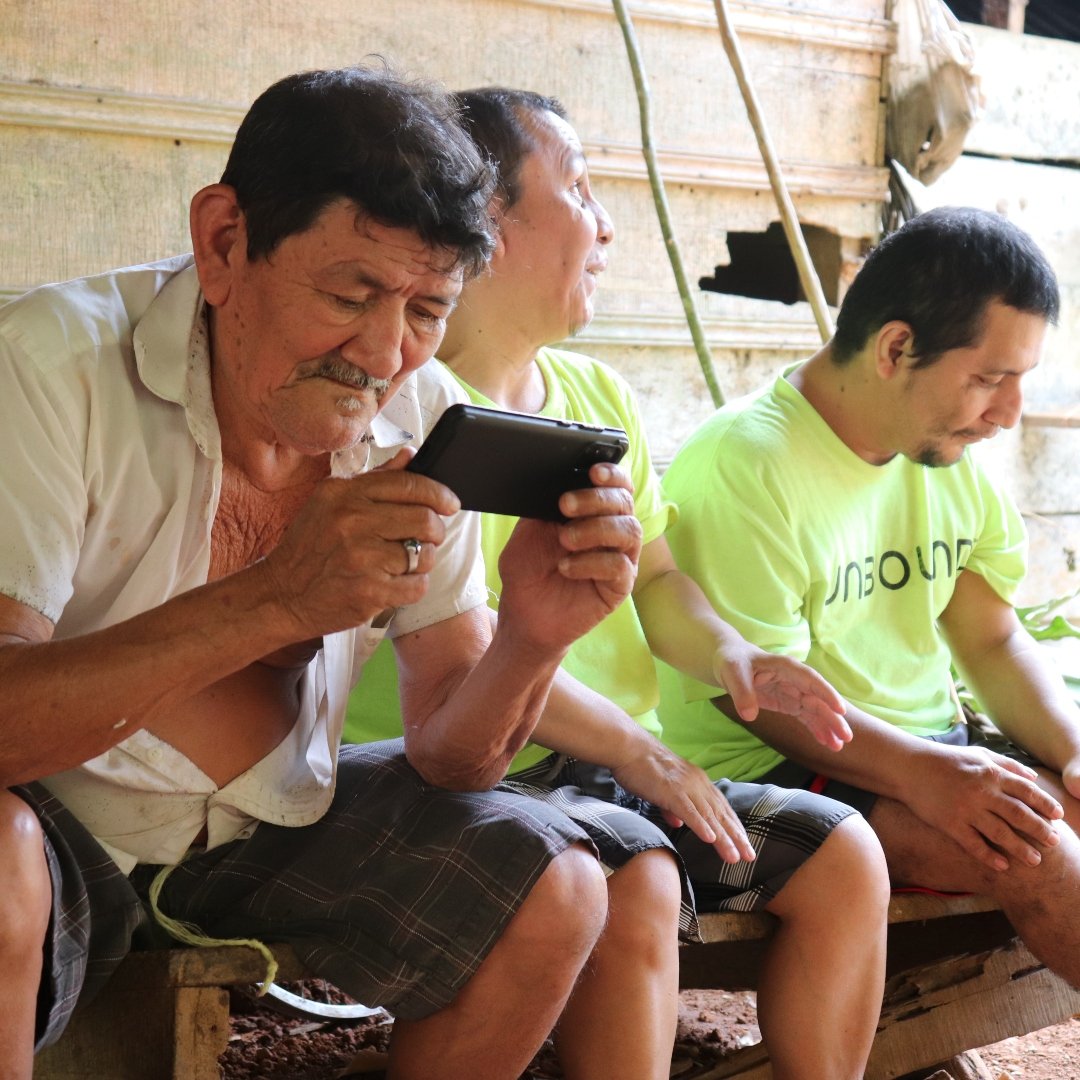 Life after the documentary

Today, Danilo receives support through his Unbound sponsorship. He and his sons also have family members living nearby who check in on them and bring them food.

Before the film crew left, they brought Danilo to a local hospital where he had a surgical procedure on one eye. As of March, he was expecting to return for another procedure.

“I have faith in God that when I get out of this operation … that my eyesight will be fine, and that I will be able to move around better, to help [Abdelino and Uriel] in whatever way I can,” he said.

It was also in March that Danilo was finally able to see his part of the documentary. Because he lacks the ability to stream digital content, Unbound staff downloaded the program onto a hand-held device and brought it to his home. Ironically, he was one of the last in his community to watch it.

“[I am] very happy to know that maybe other people … are seeing it and have learned about our history,” he said. “We feel calm and happy that people are aware of it, and that they already know us.”

The need to dream

Pope Francis conceived of the original book project as a way to stimulate dialogue between young people and elders, a dialogue that once took place naturally in multigenerational households.

“The elderly need to dream,” the pope said in the documentary. “If an older person does not dream, and does not move forward, they become hardened. That’s why they need to be encouraged to dream. And who can encourage them? Young people. That is why it is important for young people to approach the elderly.”

For his part, Danilo continues to dream and to live in gratitude, despite his difficulties. Like many of the elders in Unbound programs around the world, and many whose stories found their way to both the pope’s book and the Netflix series, his faith sustains him through hard times.

“God is powerful, and you know that God does not fail anyone,” he said.