I Used to Drive a Big Rig 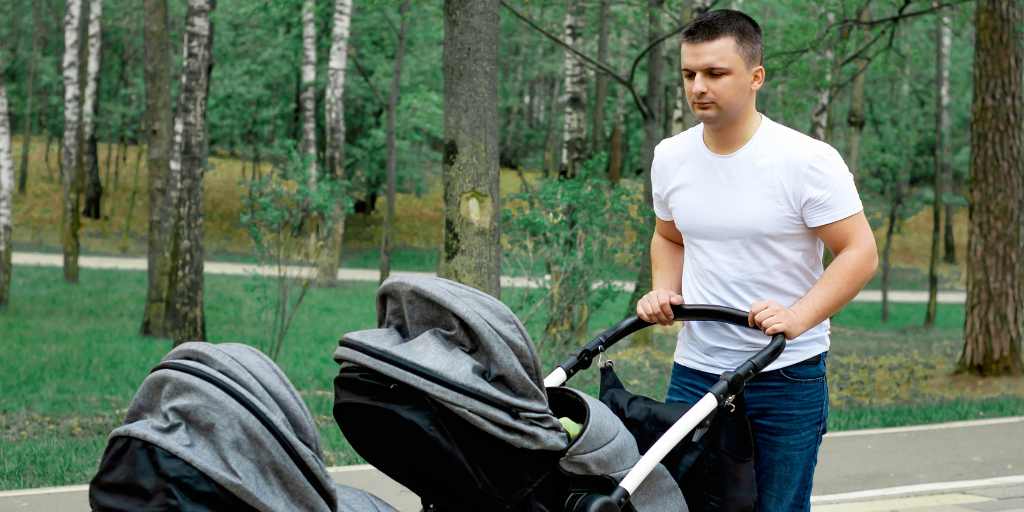 Jake Frost recalls how the years he spent piloting a large double stroller connected him to a new neighbor in a surprising way.

You’d never know it to look at me now, but in my younger days, I used to drive a Big Rig: a big-rig stroller, that is.

She was a beauty: six feet of sleek aluminum and canvass, two bucket seats and a standing platform/rumble seat in the back, with a cargo space between the two buckets that we used as a fourth “bonus seat.” That way all four kids, born four years and three months apart, could ride at once.

And ride we did.

I think we wore grooves in the cement on our two block route to school. We walked those two blocks everyday, four or five times a day. Between school and pre-school we had a morning drop-off, an early afternoon pick-up, another early-afternoon drop-off thirty minutes later, then the late-afternoon pick-up when school was out. And if someone forgot a book or mittens or water bottle we might make the trip six or seven times — not to mention after-school activities.

And we traveled by stroller in all weather. We were like the U.S. Mail: neither sun nor rain nor snow kept us from our appointed rounds. I actually carried a snow shovel in the winter, one of the kids little mini-shovels they used to help me clear our sidewalk, so I could cut a trail through the embankments left by snowplows on the corners. 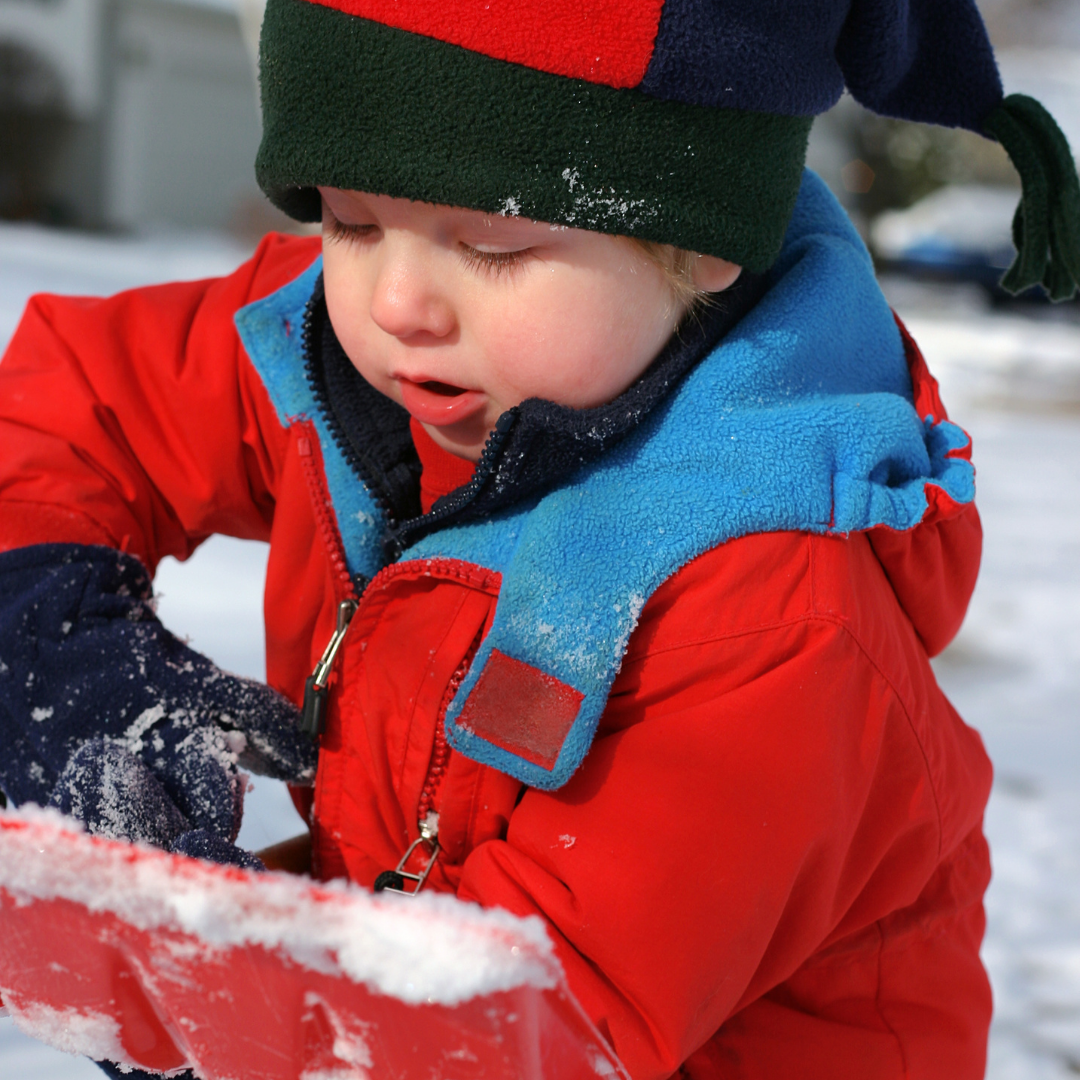 And judging by the number of comments I got over the years, I suppose we presented quite the spectacle. Once a stranger joked with me: “Do you need a CDL for that thing!” And a nick name was born: thereafter our stroller was known as The Big Rig.

But it’s been many a year since my creaky knees were bent in perambulation behind The Big Rig. We had bought it second hand and it served us well in two states and through three moves by the time we realized we’d finally and forever outgrown it. Just when that realization struck we met a young couple with two small children and a third on the way and knew the time had come to pas the torch — or the stroller handles. So one rainy day I folded it up for the last time and loaded it into the back of someone else’s van and it left for a new home in yet another state. I wonder where The Big Rig is now and who's riding in its comfy, though slightly stained, tennis-ball green canvas seats. 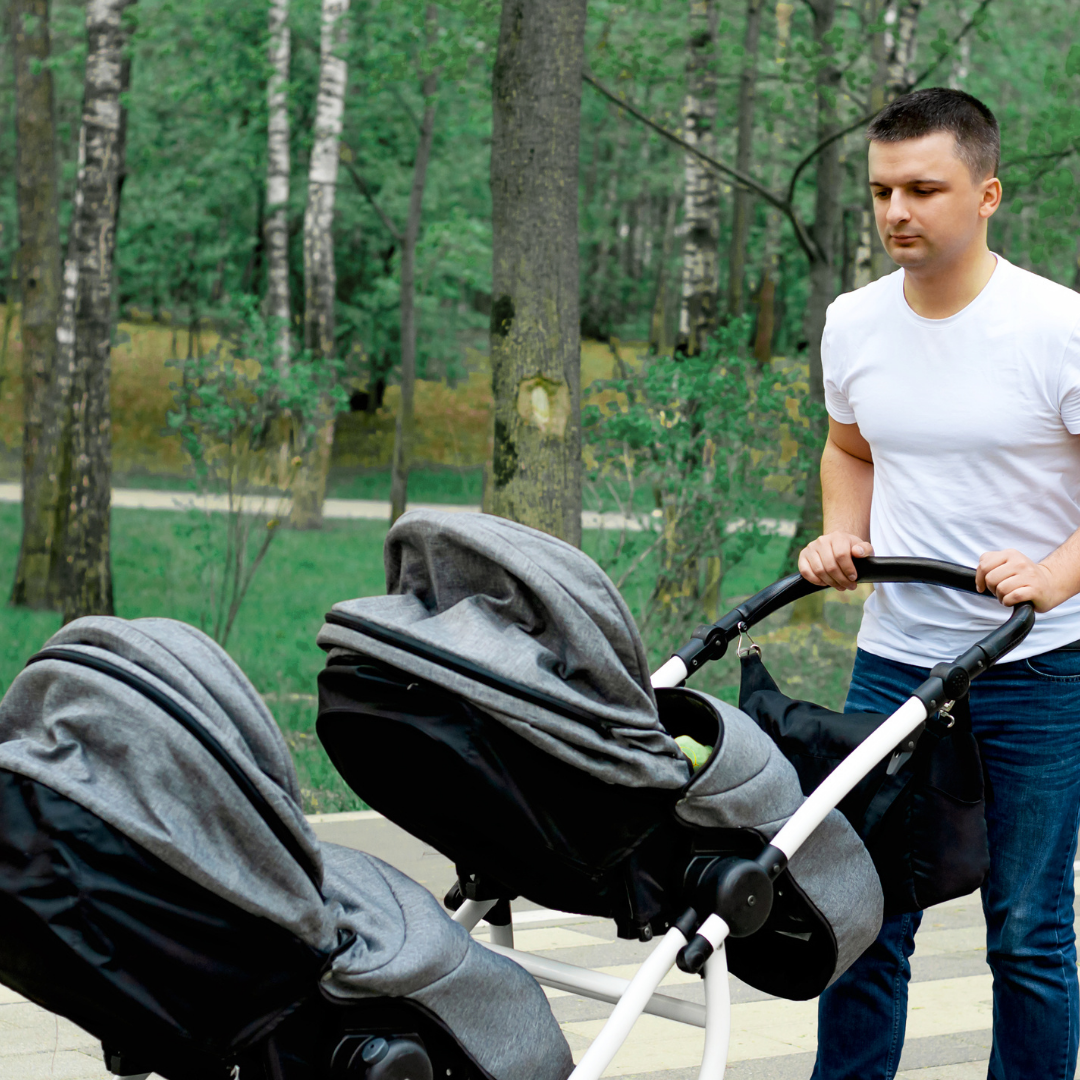 And yet, the legend of The Big Rig lives on.

Since that time we moved yet again and now live in a new city in a new state. But after church one Sunday a lady we didn’t know approached us after Mass and said to me, “You’re the guy with that big stroller! I lived across from the school and I used to see you pushing that stroller loaded with all those kids every morning!”

Indeed, I confirmed, I was that guy, and we had a nice conversation about the old neighborhood. And in the process of introducing ourselves we discovered we were distant relations going back to our common great-great grandfather!

Click to tweet:
Small as we may be in the great scheme of things, we can put our hands to the plow (or the stroller) and little by little our pushing can help nudge this world on its course. #catholicmom

How does God do those things? I’m not sure, but I like it. I wonder what our great-great-grandfather thought all those years he was looking down on us from heaven, praying for both of us, both his descendants, who were living just blocks apart and passing each other every day without ever realizing their connection. But we were brought together in the end, miles away after we had both moved!

And it was a great reminder for me that you never know who’s watching or what impact you may be having on the world around you. Even if, as Gandalf told Bilbo in The Hobbit, we are only rather small persons in a rather wide world, still ripples from our little pebbles radiate out into the deep.

And may even intersect one day with someone we don’t know yet but one day will.

So take heart! Small as we may be in the great scheme of things, we can put our hands to the plow (or the stroller) and little by little our pushing can help nudge this world on its course.