In the Wake of Christmas, Mary's Fiat and Joseph's Yes! 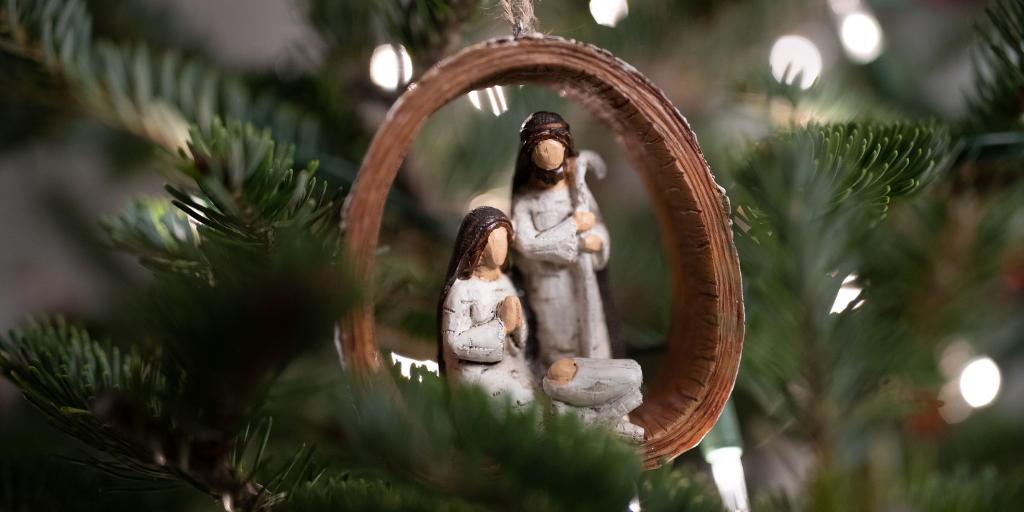 Julie Larsen ponders Mary and Joseph's "yes" to God's plan for their lives and the salvation of the world.

One recent morning I was inspired by our priest's sermon at Mass. He talked about Mary's fiat and how she was most willing to do God's will no matter what. Even if she had to suffer; she was still willing to do God's Will to be the Mother of God our Savior born on Christmas Day. Also, Saint Joseph gave his "yes" as well to be our spiritual father and father of baby Jesus.

I am reading a book right now titled Consecration to St. Joseph by Fr. Donald Calloway. I will be quoting some short passages from this wonderful book for some of my continuing points.

Mary's fiat was also Joseph's yes! Many of us think of St. Joseph as an old man and not young. However, in this book that I am reading, Fulton Sheen is quoted:

Fulton Sheen applies that St. Joseph is not an "old man" like Mary is not an "old maid" because this was not God's design or will. St. Joseph needed strength to take the Holy Family and fly into Egypt, for instance. If he had been an old man of fifty or more, he most likely would not have had this strength!

Now, let's turn to St. Joseph's yes to being the father of Jesus. It is tradition that St. Joseph was a perpetual virgin as well!

The Virgin Mary had been wed to the virginal bridegroom (Joseph). Yes, she -- who married Joseph out of obedience to her elders -- has no fears for her virginity under Joseph's protection. Having placed her trust in God, she delegated to a man the safeguarding of the greatest treasure. She -- who had dedicated the flower of virginity to God earlier in a solemn ceremony -- had not doubt that she would have a virginal spouse (Consecration to St. Joseph 133).

In fact, the ring that was used at St. Joseph and Mary's wedding called the "Santo Anello" is still found today in the Cathedral of San Lorenzo in Perugia, Italy -- imagine that! So, now let's turn to the time of Jesus' birth.

Now at the birth of Jesus Christ took place in this way. when his mother Mary had been betrothed to Joseph, before they came together, she was found to be with child of the Holy Spirit; and her husband Joseph, being a just man and unwilling to put her to shame, resolved to send her away quietly. But as he considered this, behold an angel of the Lord appeared to him in a dream, saying, "Joseph, son of David, do not fear to take Mary your wife, for that which is conceived in her is of the Holy Spirit; she will bear a son, and you shall call his name Jesus, for he will save his people from their sins." All of this took place to fulfill what the Lord had spoken by the prophet: "Behold, a virgin shall conceive and bear a son, and his name shall be called Emmanuel" (which means God with us). When Joseph woke from his sleep, he did as the angel of the Lord commanded him; he took his wife (Consecration to St. Joseph 142, quoting Matthew 1:18-24).

The book goes on to explain 3 different theories of how Joseph may have experienced: suspicious theory, stupefaction theory, and the reverence theory" (pg. 142-143). I want to talk about the last one. Some theologians and saints think that St. Joseph had no doubts about Mary's purity or pregnancy -- he knew that this was from God. He doubts his worthiness to be the father of Jesus. He considers himself unworthy to take on this role! Wow, I honestly think this one makes the most sense.

I can see how St. Joseph would consider himself unworthy. There are times when I feel so unworthy of God's love and the graces He gives me at Holy Communion. I can relate the most to this theory. I believe Joseph felt unworthy to be The Father of Jesus. However, as the passage of the Bible says, Joseph woke from his sleep and decided to give God his "Yes!" So, St. Joseph also had to decide whether to accept this task of being the Father of Jesus!

Then Joseph, who knew the Virgin stopped,
stunned by her glory,
and, gazing on the brilliance of her form, said:
"O Shining one, I see that a flame and hot coals encircle you.
It frightens me, Mary. Protect me, do not consume me!
Your spotless womb has suddenly become a fiery furnace.'
Let it not melt me, I beg you. Spare me.
Do you wish me, like Moses o fold, to take off my shoes,
that I may draw nigh and listen to you, and taught by you say;
Hail, Bride unbridled!" (Consecration to St. Joseph 148)

So, Mary gave her "Fiat" at the Annunciation and St. Joseph gave his "Yes" sometime after he found out about Mary's pregnancy. They both are great virginial spouses united with the Love of the Sacred Heart of Jesus beating in Mary's womb! Jesus is our "desire of everlasting hills" (quote from Litany to the Sacred Heart).

Will you give Jesus your heart and love this Christmas and give him your "yes" to whatever He wills for you? 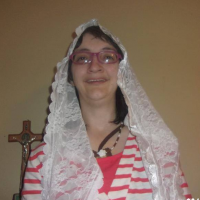 Julie is a mom to four wonderful blessed children, a doula "servant" to mothers for pregnancy to postpartum and owner of spiritual based doula training. She loves sewing, nature, mysteries, sci-fi, drinking tea, and more. Check out her other websites: CatholicDoula.com, Find a Catholic Doula, St. Zelie Parent Education, and Moms of BLOOM: Bettering Lives of Outstanding Moms.