It Was Not Supposed to Happen 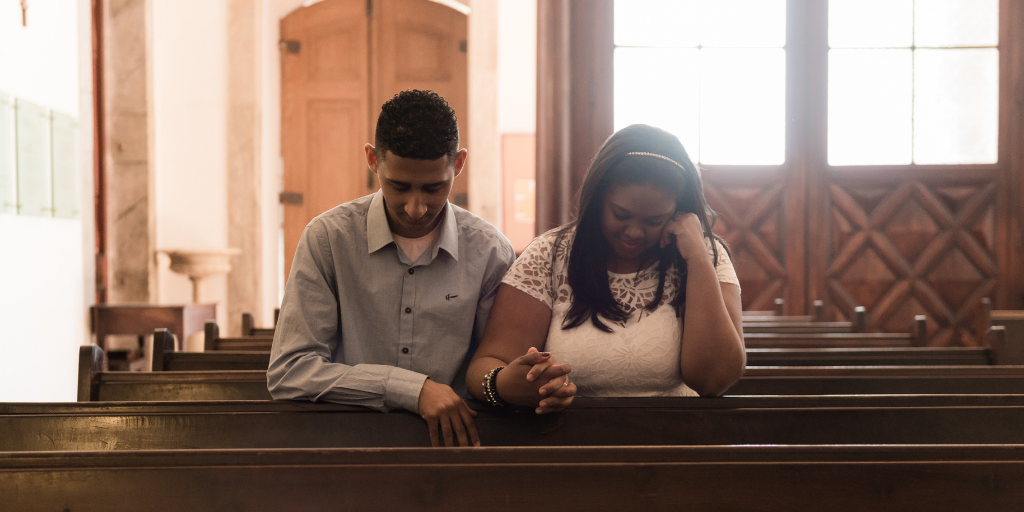 Nicole Johnson reflects on coming to terms with life's surprising trials and remembering to thank the One who can bring good out of any hardship.

It was the one thing we were told we did not want to happen. The rarity that doctors have to mention, just in case, but quickly follow their warning with the assurance all will go smoothly. Due to our little one’s age, about two and a half, we were having the tonsillectomy done at Boston Children’s Hospital, just in case there were any complications -- not that there would be - but on the small chance there were, she would be where they are equipped to handle anything.

I was allowed to accompany Mary into the room where she would have the procedure and keep hold of her hand for a few last seconds while the anesthesiologist prepped what he needed. I was then quickly led out of the room, so as to avoid witnessing my little one succumbing to the effects of the medication. Funny what you remember in times of stress. Once I was in the hallway making my way back to my husband to wait out the surgery, I removed my lovely surgical cap and was immediately reprimanded by my escort that we were in a clean space and the cap needed to stay on. The regret over my faux pas was oddly freeing, if only momentarily, from the deep anxiety that had suddenly taken hold.

The procedure didn’t take long and before we knew it, her doctor was in front of us with news that all had gone well. Once we got to her in the recovery room, she was making it quite clear how she felt about all she had been through. She was screaming -- red-faced-no-joke -- kind of mad. I remember panicking over the stress she was putting her throat through with all of her crying, wondering what kind of damage she might be doing.

Once we got up to the room where we would be spending the night with her, I was able to hold her close and calm her down while she slept for short periods of time between all the check-ins from the nurses. It was early evening when one of the nurses came in to give Mary more pain medication. I leaned her back against my chest while the nurse squirted the medicine toward the back of her throat and all of a sudden, Mary leaned forward and coughed up bright red blood. I literally had just enough time to register the thought “Oh no, this isn’t good” before the floor doctor and a few more nurses were before us, calling downstairs to prep a room for surgery.

It was the one thing -- bleeding after surgery -- the rarity that wasn’t supposed to happen; the “almost never” that could signal a real emergency with a post-tonsillectomy hemorrhage. Before I could even react, the sides of the bed were snapped into place and we headed for the elevator. Mary was in my arms as we were wheeled down the hall; the two of us I imagine, quite the sight, oddly perched in the middle of this big hospital bed. She was screaming mad and I was dumbstruck into silence, trying to catch up with what was happening. Within minutes, we were on the surgical floor and there was another anesthesiologist in my face, syringe in hand, asking if Mary was allergic to any medication. I barely said “no” before the medicine was given and my little girl fell limp in my arms. To this day, I can still feel the sudden weight of her small body plunged into deep sleep. The doctor quickly took her from my arms and my husband and I were ushered to the waiting room to wait out round two.

We sat side by side, each silently storming Heaven with ardent pleas for her safety. We would find out later that the surgeon who had performed her tonsillectomy was across the street in his office preparing to head home after a long day. He heard the call for the emergency procedure and rushed back to our little girl. He didn’t have to do that, but he selflessly decided to see her through whatever complication had arisen. We were both so relieved to see it was him when he came to share the news that Mary was fine and was once again in recovery. He was baffled by the blood that she coughed up, as he didn’t see any signs of bleeding upon going back in. He said he even tried to cause a small irritation to see what would happen, and nothing. He concluded she must have had some blood in her stomach from the surgery and that is what she coughed up.

This experience was over eight years ago now, but there are times when it all comes back like it was yesterday. The fragility and vulnerability of this tiny child and the reality that we were simply unequipped to help her. We had no other choice than to place her in the arms of those who knew what to do. I do hope the depth of our gratitude was somehow translated to Mary’s surgeon and the entire team that saw to her exquisite care.

I think it’s fair to say that this past year was one big “not supposed to happen.” Aside from your local infectious disease expert, I imagine the percentage of people throughout the world that would have bet on the reality of a pandemic taking hold is extremely low. And yet, here we are, living the rarity -- faced with the daily onslaught of ramifications from one thing we never believe would actually come to pass.

Click to tweet:
As in any other situation in my life that forces me to live out the “not supposed to happen,” I've questioned many times this past year how people cope without faith. #catholicmom

As in any other situation in my life that forces me to live out the “not supposed to happen,” I've questioned many times this past year how people cope without faith. Google tells me that one quarter of U.S. adults report their faith has become stronger since the pandemic, while only 2% say their faith has become weaker. It’s the fruition of the saying “there are no atheists in foxholes.” Your friendly neighborhood psychologist or theologian might better describe the phenomenon as existential insecurity. Simply, when life is moving along swimmingly, people tend to be less religious. When the tides turn however and we are surrounded by uncertainty, we use religion as our lifeboat. It makes sense, is entirely logical and is a rhythm I have to consciously try to avoid falling into.

The major fault with living this way of course, is that religion, although defined and lived out in many different ways, is much more than a theory or belief. Rather, it is firmly grounded in this selfless being who once took on human form to live the reality of the foxhole and take on all human suffering so as to be one with us in our trials.

Whether we show God our gratitude or not; whether we trust Him one day and ignore Him the next, He is constant -- unchanging -- He shows up every time. Does He ever wonder why He is all too often the last resort? Why must trials come to pass and all human options be completely exhausted in order for us to turn to him? How appropriate it would be for God to be offended and turn away from us when we ignore Him in all circumstances except those we just can’t fix on our own. But yet, He doesn’t. Rather, the second he hears the call, he rushes to our side. The second we turn to Him, He is there; ready and willing.

With the monumental devastation of this pandemic, many have asked through their fears, anxiety, and grief: where is God in all of this? As we climb our way out of the foxhole, we see a bit more clearly and realize He’s been here all along. He is the good that has come out of the bad. The heroes in scrubs, the essential workers, scientists and researchers, teachers, the compassionate neighbor -- the life-saving vaccine now making its way into the arms of hundreds of thousands.

God is in every “not supposed to happen” and thankfully there is nothing rare about the love, patience and mercy He pours into each of us as we stumble along this fascinating story called life.