In this flash fiction piece by Ann K. Frailey, an unlikely friendship helps a young wife recognize what she really wants in life.

Rebah stared — turning her head as far back as it would go — at the crow perched on an old wooden post in front of rows of golden corn stalks, as she drove no less than 60 on the rural Illinois road.

She should’ve stopped. By the time she made up her mind and looked in the rearview mirror, the proud plumage was flying high across the cornfield into the bean field.

It couldn’t hear her and wouldn’t care to answer if it did. Rebah only wanted to stare at it long enough to imbibe the magical power it held — the mystical passion embodied in a carefree moment.

She glanced at her handbag leaning forlornly on the passenger seat, the strap folded across the open pocket that held the keys to her current existence — her cell phone and her to-do list.

Jed, she repeated. Jed. Not Jeb or Jacob. It’s Jed. She tried to picture the man her husband told her owned the shop.

Gee, thanks, Honey. Got it now.

Rebah stretched her mind back. Had Brad ever used figurative language? Did he ever describe a person as more than a combination of physical attributes? It was one of the things she’d loved about him — his honest, clear thinking. Never sarcastic like her dad or manipulative like her sister. Just a straightforward kind of man.

Three plump blackbirds stood at odd angles to each other on the road ahead. Apparently, they weren’t in a hurry, but she was. As her car zoomed up to the 20-yard mark, they flapped into the blue September sky, majestic and unperturbed. “We’re heading on anyway, Lady. Don’t think for a second that you altered our plans.”

She wanted to laugh. Giggle. A smirk would do. But she had to find Jed’s countryside shop and buy a part for the mower. It was an old mower and needed an old part, preferably one that worked. It was all Greek to her. Mowers belonged in the same category as electricity and nuclear fusion.

A right on Acorn Road, two streets down, and on the left, 119 E. Acorn Rd. a workshop appeared as if by magic. A wooden structure built back and to the left of a cottage that belonged in a land of “far away and long ago.” Charming hardly covered it.

The rock driveway lined with late-season flowers curved around the back of the shop. She parked, rolled down the window, and imbibed.

The porch cozied over two garden beds run riot with daisies, asters, chrysanthemums, and coneflowers. Cornstalks tied to the railings decorated the steps as a scarecrow stood watch, both his smile and his pitchfork ready for service. Hanging plants perked up the mellow season with dashes of red and green, while ceramic squirrels scampered down the steps, leading to a maple tree just breaking into full autumn glory.

Rebah climbed out of her car and exhaled. “Good God in heaven!”

Coming from the dim interior of the shop, ambled a man exactly as her husband described. Except her husband had failed to mention the bulbous nose, oversized ears, long grey beard, and the sweetest eyes she had ever delved.

Rebah wondered if she was in love. She wanted to live in this little house, sit on a bench, watch this gentle giant work in his shop, and absorb the conviviality that emanated from the air in this enchanted spot on Acorn Road.

She spluttered, “Oh, yes, actually, my-uh, husband sent me over to get a part. George. My husband. He needs something you have.”

She wasn’t sure if that last part was a question or a statement of fact, but she prayed Jed was a mind reader since she could no longer rely on the power of speech.

“George? Oh, yes!” Jed grinned impishly as befitted the gnome-spirit he represented. “I have the part right here in my shop. I was just cleaning it a bit. They get a mite dusty sitting on the shelf, don’t you know.”

A howl of laughter fought earnestly with a sob of despair. By all the saints, Rebah knew about dust! Dust bunnies and spider webs had beaten her into submission long ago. Who on earth cleaned an engine part? A pitiful squeak was the best she could manage as the battle ended in a draw.

“Well, come on in and have a cup of something while you wait. I like a little spiced cider as the evening draws close. Perks a fellow up after a long day.” He ambled back into the shop, turning a switch on the wall just inside the doorway.

Yellow lamplight flooded the room, conjuring images of children’s fairytale books. Cherry stained shelves lined the walls, filled with an impossible variety of projects. Small engine parts, kitchen essentials — toasters and mixers, a variety of wall clocks, one small organ, two violins, and, of course, an assortment of broken toys stood, sat, or leaned in repose for their appointment with Jed’s dexterous fingers.

Rebah tried to shake herself into conscious reality. “So, you’re a fixer? A repair guy?” Oh heck, that seemed as inadequate as calling a CIA agent a sleuth.

After pouring a fresh cup of cider into a mug from a dark brown jug and setting it within easy reach, Jed ran a cloth lovingly over the metal part that — in Rebah’s opinion — hardly deserved the attention.

She sipped the cider, warmth tingling all over. Her eyes strayed to the mower part. She frowned. It was just metal, after all. It would go in a machine, get dirty again, and no one would care in the least.

“I fix those things that I can. Mostly, I live life.”

A lump formed in Rebah’s throat. She blinked.

Two crows and three blackbirds hopped up to the open doorway, their bright eyes keeping a careful watch on Rebah.

Jed laughed. He laid the metal part on his workbench, scooped an old can into a plump bag hanging on the wall, then carried the full container of seeds to the doorway. He scattered supper to the hungry throng and watched them in serene joy.

Rebah watched his every move as absorbed as it was the finale of her favorite primetime drama. “God, I want what you’ve got.”

It felt like cold water in the face when Rebah realized that she had said the words out loud.

“Eh?” Jed returned to his machine part. He wrapped it in a clean cloth and laid it at the bottom of a paper bag. He folded the bag neatly and handed it to Rebah.

She slurped the rest of her drink, letting the warm tingly feeling bring a smile to her face, covering her confusion. Perhaps he hadn’t heard. “How much do I owe you?”

“Ten ought to cover it. It’s a recycled part and didn’t need much mending.”

She ran to her car, dropped the bag on the back seat, shuffled through her purse, found two fives, scurried back, and met Jed in front of his porch steps. She handed him the money. A longing nearly broke her heart. “I wish my place looked like this. More, I wish I felt like … this … place.”

“Yeah. That’s how I was when I first came here. I’d been in the army for more years than I can remember, fought people I didn’t want to fight, lost family to drugs and alcohol, though my youngest sister died of cancer last year. But you know, the old woman who owned this place said that it just needed tender care. If I’d give it that and do every task with gentle love, I’d be repaid in full.” Jed tapped the railing. “By golly, she wasn’t off the mark.”

Tears filled Rebah’s eyes. “You don’t mean that my place could look like this?”

“No. This place belongs here on Acorn Road. But the beauty I wake up to every day? Why, that belongs everywhere that’ll allow it in.”

The beauty I wake up to every day? That belongs everywhere that’ll allow it in. #catholicmom

When Rebah drove up to her short straight driveway, her husband George stood on their overgrown lawn, grinning.

She grinned back. “I’ve got the part, and I’ll get dinner on in a minute, Love.”

When a crow flapped overhead, she knew whom she’d invite to dinner next. 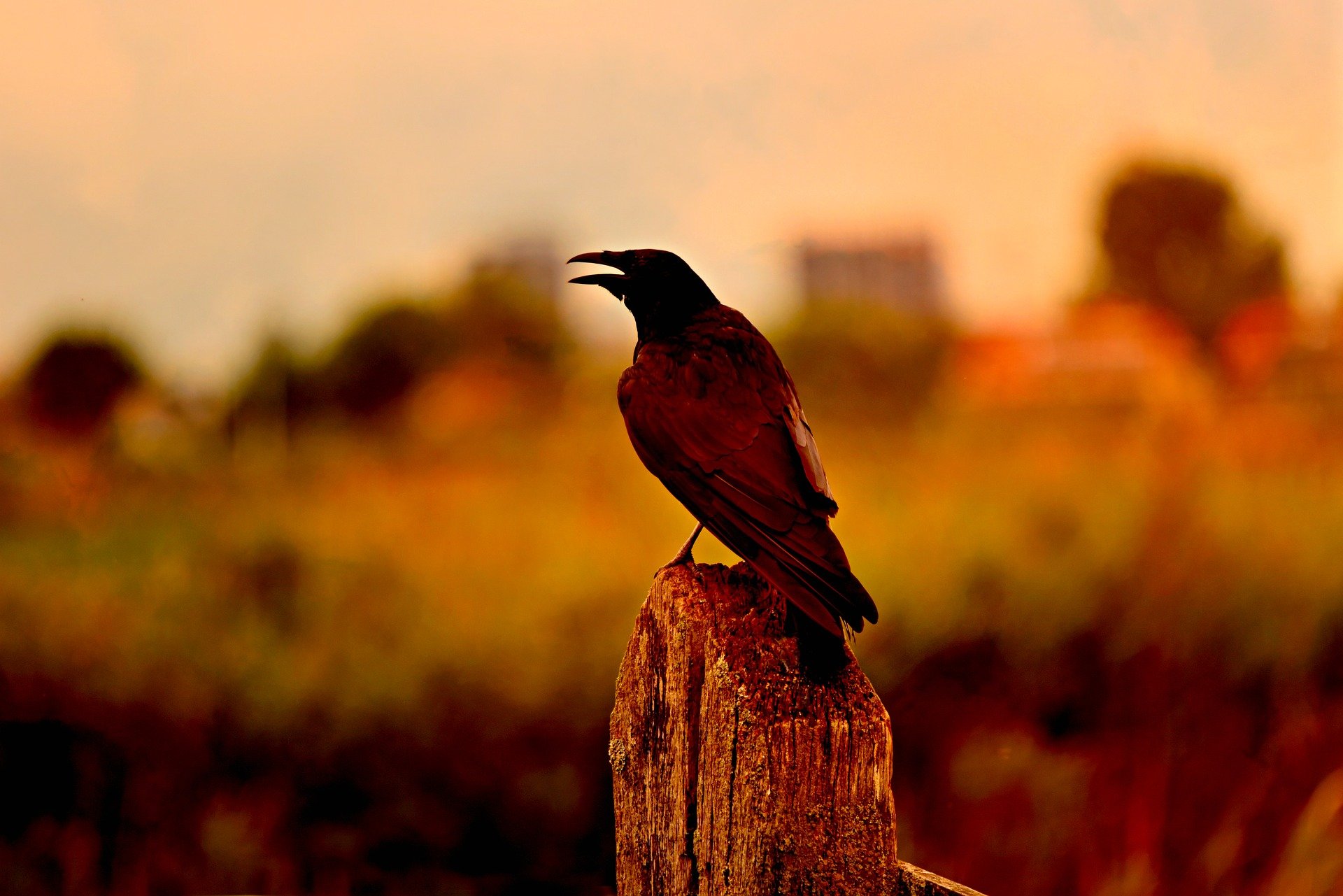 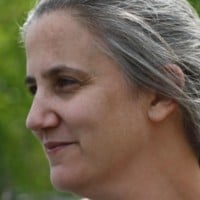