Nicole Johnson recalls her family's special Rosary intention, which resulted in an unexpected and beautiful bookend to their Mary story.

Ten years ago, we got the call. I was standing at our kitchen counter with my 6-year-old son on the eve of his 7th birthday. We were frosting his cake together when the phone rang and my heart skipped a beat as the caller ID revealed our lives were about to change.

It was our social worker calling from the adoption agency we had been working with for the past 15 months. Although we couldn’t have understood it at the time, the decision we were about to make would be the most merciful salve to the loss we had endured and the most unexpected and beautiful bookend to our Mary story. But let’s start at the beginning.

As friends and family learned of our loss, our condo began filling with flowers and notes of sympathy. Joe's mother and father brought over a single white rose and, with no vases left to hold it, we reluctantly placed it in an empty beer bottle. We were surprised to watch this rose bloom into the most beautiful flower. I ended up drying it and created a small shadow box in memory of our baby; it still hangs in our room today.

The rose became a special sign to us of our Blessed Mother's presence in our lives.

It was the following January when we found out we were expecting again. When I saw the positive sign appear on the pregnancy test, my heart leap with excitement and was then quickly gripped by fear of what we could lose. I remember immediately going to my bedroom, kneeling beside my bed and prayed with everything I had for God to keep this baby healthy. Each and every day for nine months I prayed the Rosary and looked to Mary to help me trust in God's will for our baby. On November 7, 2001, our first son was born, healthy and strong.

Only nine months later, we were gifted with the news that we were expecting again. That night I became very sick and went to bed assuming the morning sickness had hit early. I woke up a few hours later with horrible cramping. I remember waking my husband up and saying, “I’m so sorry, but this is not going to happen for us.” We had lost another life. Once again, we turned to God for healing and, four months later, we were blessed with another positive test. Life had once again begun to grow inside me and our hearts were once again put to the test of trusting in our Lord.

On September 22, 2003, our trust was rewarded with the birth of our son Noah. Our family was growing and in the eyes of our children I saw everything I had dreamed of being blessed with in my life. Although our home seemed to be filling up nicely, my heart seemed to have more room that needed filling. My desire to have another child grew quickly and once again we found ourselves praying for new life.

In June of 2006 we learned our prayers had been answered. With our history of loss, our pregnancy was deemed high risk. At about eight weeks along, I was given an early ultrasound to check the baby's heartbeat. I knew immediately from the technician's silence that something was very wrong. I was sent to the waiting room to wait until the doctor could meet with me. I immediately grabbed my Rosary beads and just held them. It all seemed so surreal. I felt numb and really questioned what God was trying to teach us through all of this loss.

Although it was a time of suffering for us, we were truly blessed by the presence and intercession of our Blessed Mother during this time. She was by our side working to replace the sorrow in our hearts with peace.

At that time I decided, if we were ever to be blessed with a baby girl, we would name her Mary to honor the Blessed Mother.

For the next two years we tried to conceive while praying, hoping and trusting that God would answer our prayer. After some time, we felt called to pray for God's will to be done and began asking for the grace to accept His will. We both felt God asking us to open our hearts to the possibility of adoption and, after some time of the idea sitting on our hearts, cautiously began to pray about it. It soon became clear that this was in fact God's will for us and, after a few months of preparation, we were officially a waiting family.

We spent fifteen months waiting and praying the Rosary daily together as a family. We prayed for the health of the baby’s birth parents and for the health of our baby to be. We hoped our prayers would reach the heart of the birth mother who was undoubtedly faced with fear and worry. We prayed fervently for us to be blessed with a baby girl for the specific desire of wanting to honor our Blessed Mother by giving our daughter the name of Mary. They were bold prayers, infused with the confidence and comfort of knowing that our life was not our own and that God’s will would be done.

On the night of September 21, 2010, our social worker called to ask our permission to show our profile to a birth mother the following day. She had given birth to a little girl with Down syndrome and was unable to care for her. My heart was immediately gripped with fear when I heard the words. Raising a child with special needs was something we had considered, yet our hearts were far from prepared to accept this reality. We spent the next several hours talking about what this would mean. In the end, we were left with the same two questions: What if we said yes? What if we said no?

It was at this point that my husband looked at me and said, “This adoption hasn’t been in our hands from the beginning. We need to leave it in God’s hands.” It was our “fiat” moment, our "yes" to God. I agreed my husband was right and jokingly added, “Maybe God will give us another clear sign.

“Like if the baby’s name is Mary, we will know she was meant for our family.”

Much to our surprise, the following day we were told by our social worker that a member of the birth mother's family had come forward and wanted to adopt the baby. We took this as God’s answer and spent the night struggling with the conflicting emotions of being disappointed and shamefully relieved that this was not what God was asking of us.

The next afternoon I got a call from my husband, saying we had just received an email from our social worker. The birth mother did not want her family member adopting her baby, and she wanted to meet with us as soon as possible.

And the baby’s name, our social worker wrote, is Mary-Rose. 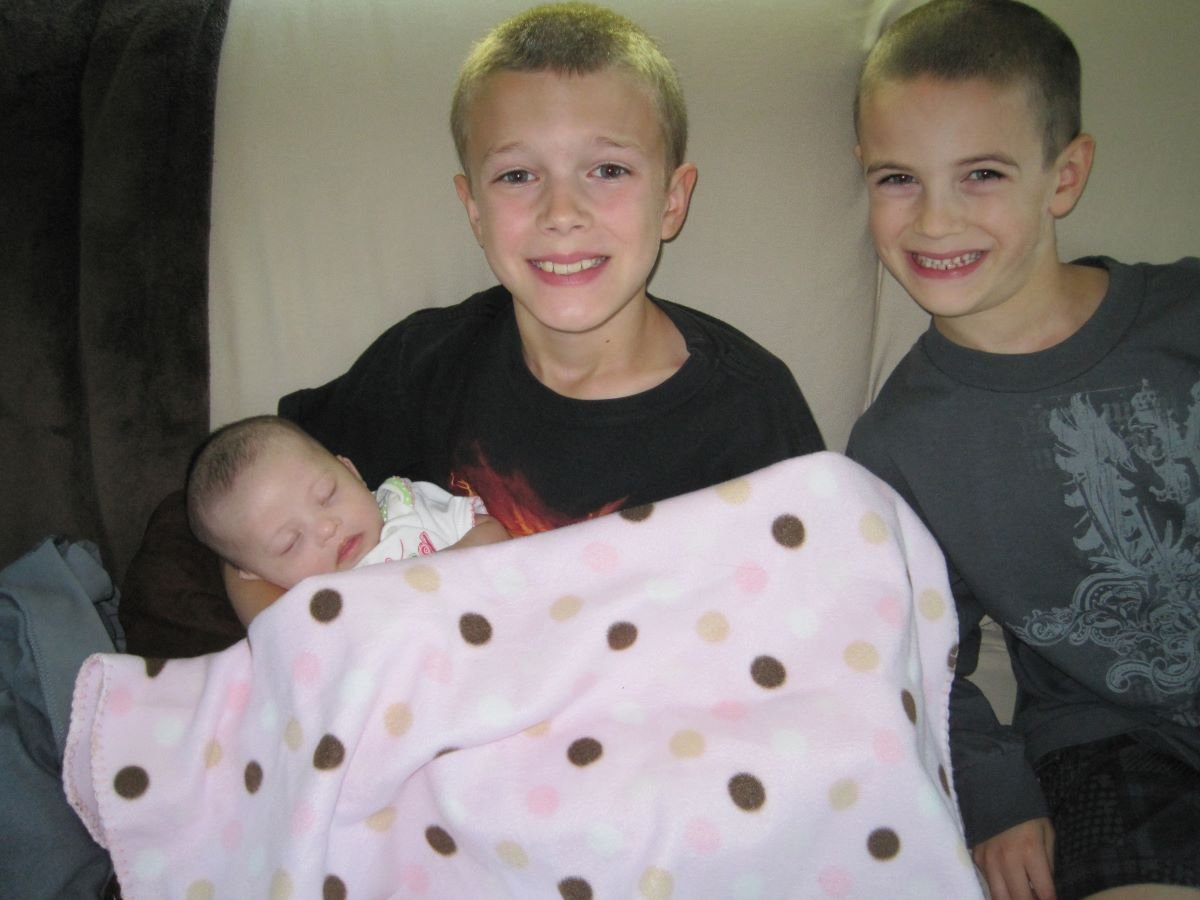 We met the birth mother and Mary-Rose two days later and Mary-Rose moved in with our family just seven days after our first meeting her. It was not without fear that we accepted God’s will for us in raising a child with special needs. It was with courage given to us from God; it was with the knowledge that He would be by our side every step of the way; it was with the understanding that God can only work in our lives when we align our will with His.

CLICK TO TWEET
The Blessed Mother was by our side, working to replace the sorrow in our hearts with peace. #catholicmom

The Passion of Jesus both demands and deserves our response. We can choose to walk in the shadow of the Cross, or we can choose to carry it with Him, all the while being comforted by the truth that God will never ask us to travel a path that He alone is not prepared to travel along with us. Mary was by her Son’s side and she stands by ours as well as we seek to live our lives with our hearts open to His holy and perfect will.