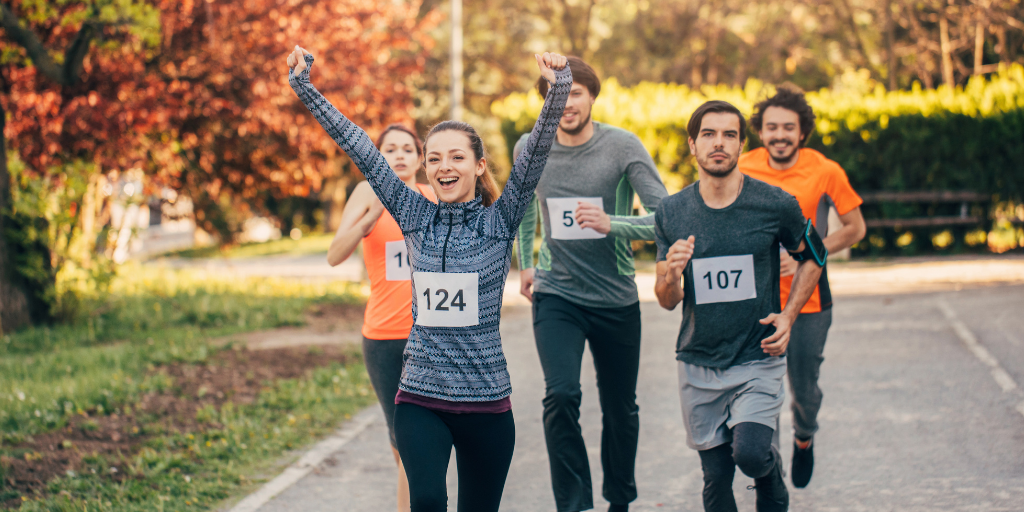 Kerry Campbell found more than a workout when she began running, and shares inspiration from St. Paul to stay the course.

In the last few months, I’ve started running, again. The first time I started running was at age 41 in the wake of my mother’s death. My sister was training for a 5K to benefit ovarian cancer research and when she asked my running teenagers to participate, she added, “And maybe you could do it, too.” Now, at that time, I had never considered running. I did yoga, I walked a ton, and I was around running a lot because of my kids running cross country at school, but they and their friends were fast. Running seemed way outside of the realm of possibility for me, but despite this, somehow, I found myself saying yes to running that day. I started the Couch to 5K program and struggled at first to run even thirty seconds straight, but in time, I ran my first 5K, then my first 10K, and amazingly, it really was not very long before I completed my first (very slow) half-marathon.

Running gave me a place to grieve my Mom, to work out the pain of losses that I could not communicate with anyone, and to meet goals that surprised even myself. It is not an overstatement to say that running transformed my life. And running also gave me a place to meet with God, in a very real and even mystical way, which is to say experientially. But since running is a metaphor for the life of faith, it’s true that whether you run - like with actual sneakers, or not, you can live out your beautiful life with intention using running as a model. Because even though the world is crazy and there’s so much to be done, and it’s so easy to be overwhelmed and distracted, running your race in a spiritual sense, well, you could say that’s the whole reason that we’re here.

There are many references to running in the Bible, but in his writings, the apostle Paul most commonly used running as a metaphor for the spiritual life. In the first letter to the Corinthians, he entreats them, not to walk or meander or jog through life, but to run hard.

Do you not know that the runners in the stadium all run in the race, but only one wins the prize? Run so as to win. Every athlete exercises discipline in every way. They do it to win a perishable crown, but we an imperishable one. Thus I do not run aimlessly; I do not fight as if I were shadowboxing. (1 Corinthians 9:24-26)

And in his letter to the Hebrews, he tells them not to be distracted and to keep going.

Therefore, since we are surrounded by so great a cloud of witnesses, let us rid ourselves of every burden and sin that clings to us and persevere in running the race that lies before us. (Hebrews 12:1)

Well, friend, there’s a lot there. First off, there is a race marked out for us, individually. I really believe that. Each of us has unique challenges and gifts which make our race a solitary pursuit that is ours alone. You may have companions or even competitors on your course but, in the end, one can only run her own race. As in real life running, there is coaching and advice that’s available, thank goodness. We can consult books and experts, but your training, your time, your intention, and preparation; these are all interior and self-oriented decisions and actions. It’s up to you how you will run in your body, and your results are your own – not your priest or your spouse or your sweet grandmother who ran her own race of faith years ago. You. 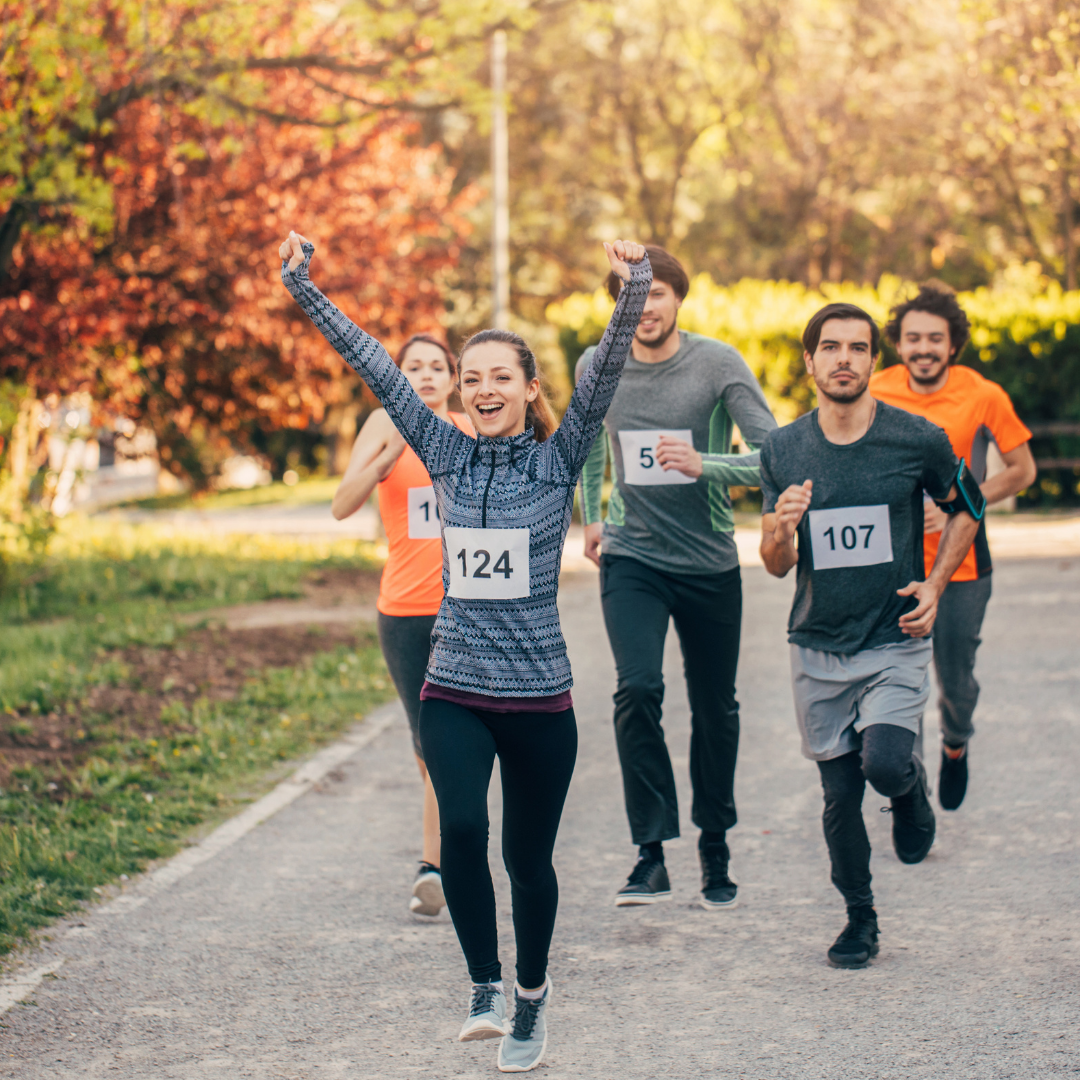 Does that seem overwhelming today, friend? Gosh, I hope not. When running a long race like life, speed is not the goal. Rather, it’s intentionality and time that leads to endurance that results, eventually, in efficiency and speed. As a runner, the decision to put on your sneakers and run is the hardest of the choices you’ll make. And the decision to authentically engage in relationship with God is the same. It starts with a choice. When we make the choice to orient ourselves toward Him, it’s the biggest step we can make, and He will help us to do the rest, I promise.

I think of the Prodigal Son story here – this kid who was a carouser and had misspent everything his father had given him had made a kind of defeated decision to go home just so that he could eat something. And when he was a long way off, his father, who had been scanning the horizon for his son, started running toward him, which was an extraordinarily counter-cultural thing for a father of that time to do, by the way. It would have been thought utterly undignified and even degrading for a father to move toward a child in that way. But He did run. He celebrated his son’s return with a ring and a party. And in the race of faith, this is a great image for us to keep in mind. Our race of faith starts with a turn toward God, and God runs toward us.

When I had finished my first 10K, a friend suggested I add five minutes to my long run each week and she said that before long I’d be running a half marathon. Well, I thought she was crazy, but she was right. Keeping my pace slow on those long runs enabled my body to gain mileage and before long my pace naturally increased on its own. In the spiritual life, training can feel similarly clumsy, but putting in the time with God consistently will reap benefits. Maybe it will look like a return to prayer, meditation, or study, or the choice to go on retreat. What once feels unfamiliar, scary, or like effort and drudgery and even frustration in a prayer practice can come to feel as natural as breathing, as putting one foot in front of the other. When we decide to run our life of faith, it is amazing how far we can go.

As we run, it’s really the training that matters. Yes, there is a finish line – we all know that, but it’s what happened on those long Saturday training runs that I remember the most fondly from that time. That’s when the work got done, when I was working through each mile on my own. That’s the part that was the most fruitful, because the end can be wonderful – I had sweet family and friends cheering for me at the end of my first half marathon on a freezing cold day, and I’ll never forget it. But the end is a moment, and the race is long. We all know there’s a goal up ahead, or at least I hope we know. It can be easy to forget there’s an end to all of this for each one of us, and hopefully people cheering us on at that sacred time, but being present with each step along the journey and orienting ourselves toward a goal is where the work is done, it’s where we grow, and it’s where the joy is found, too.

Click to tweet:
I want to run toward God while I see Him running toward me on that day when He finally brings me home. #catholicmom

You might not feel qualified to run your race, by any meaning of that word, but isn’t there something exciting about starting? Choosing to lace up sneakers, get the training app, stepping outside. That’s courageous. Choosing to engage in relationship with God with your one precious life, and wrestling through really getting to know Him and yourself along the way – well, there’s no other word for that but brave. After all, we’re all in the race whether we like it or not. We will all reach the finish line one day, so don’t we want to be intentional about how we run? I do. 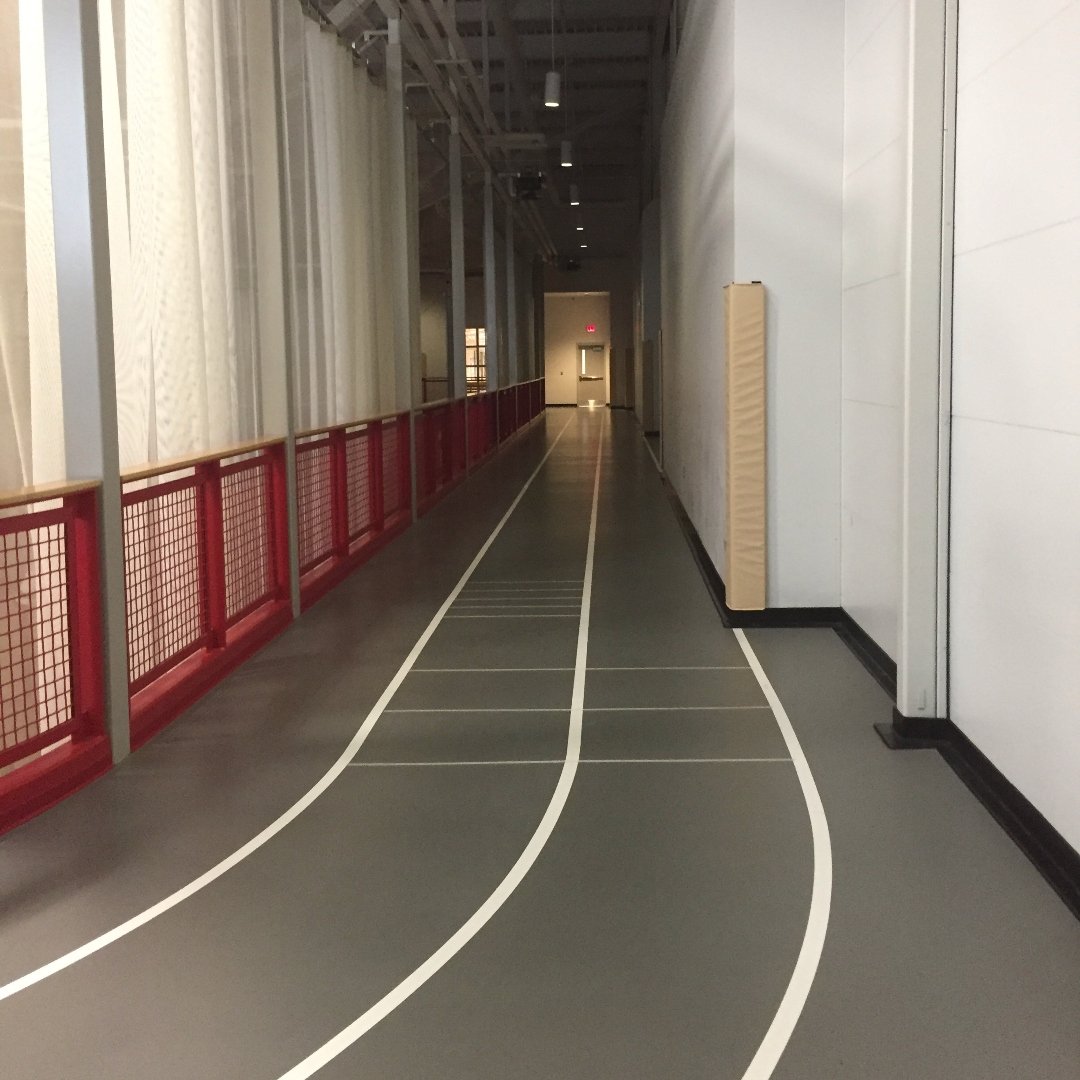 And don’t forget, friend, you’re not running alone. As you go, there’s a crowd cheering you on, offering lifegiving water and energy along the route. They’re there, you know, the “great cloud of witnesses” that Paul talked about back in the letter to the Hebrews I mentioned earlier. These heavenly friends offer support and inspiration for the short time we’re on the course. As we breathe, stretch, and fuel, one step at a time, one mile at a time, that cloud of witnesses is pulling for us, praying for us, interceding for us, and imploring us to keep going. They know the race can feel long, but in the scheme of things, it’s a blink.

And when we fall or stagger or even stop all together in this race of faith, which we all do, by the way, we can always get up and begin again. By God’s grace, we can restart again and again because restarting is hardwired into how we are made to run. God is with us, and He is the one who makes all things new, over and over again, as much as we need.

Now that I’m a few months back into a regular practice of running, my body is remembering what to do. I’m running longer now, and it feels more natural. I’m experiencing the endorphins that come with mileage, and feeling proud of myself, and feeling the closeness of God and those saints who are rooting for me, just outside of my view. God willing, I’ll complete another half marathon in my 50th year, but I know that the good stuff is now, in the process, in the training, as I run one step at a time.

And when I do cross my very last finish line, I want to be able to say, as Paul did, that "I have competed well; I have finished the race; I have kept the faith" (2 Timothy 4:7) I want to run toward God while I see Him running toward me on that day when He finally brings me home. And how about you? Maybe you’ve run before, in a literal running sense or in your life of faith, but you’ve fallen short of your goal. Maybe you’ve never been intentional about running your race, or maybe it’s time to begin again, as I have. It’s okay. Wherever you are, friend, it’s good and I’m so happy to be in this race beside you, truly, so let’s lift our eyes, look to the light, change direction if we need to, and run well, one step at a time. 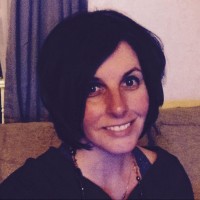 Kerry Campbell is a Catholic-Christian preschool music teacher, church cantor, writer, full-time noticer, and Mom to two college students. She’s letting the details of her life inform her wider view in the suburbs of Boston, Massachusetts. She loves connecting with readers, so find her writing at MyLittleEpiphanies.com and please say hello!

Surely the Lord is in this place: Lessons from Jacob
Read
Retreat
Read
Amazing Grace
Read